Author of “Little Women” Haunted Cast Members Of The Movie

According to cast members, the set of Little Women was allegedly haunted by the ghost of Louisa May Alcott. Born in 1832, Alcott was an American author who was best known for writing the novel Little Women back in 1868.

In an interview with OprahMag.com, the cast members of Little Women claimed to have felt the spirit of Alcott while filming the movie. While there have been several different movies based on the book, why was this newest version the only one to be haunted by Alcott’s ghost? It may be because this was the only version (besides a silent movie in 1918) that was filmed in Alcott’s hometown of Concord, Massachusetts.

Laura Dern, who played Marmee March in the movie, told OprahMag.com, “What’s incredible about being in Concord, is that you’ll say in this shy way, ‘I sort of feel the spirit of Louisa,’ and locals will say, ‘Oh yeah. That’s haunted. We see her all the time. She walks with the girls all the time.”

Concord is full of reminders of the Alcott family, as the Orchard House (Louisa’s childhood home) is now a museum that contains paintings done by Abigail May Alcott Nieriker. And just a mile away is the grave of the Alcotts' third daughter, Elizabeth.

Greta Gerwig, who was the writer and director of the movie, told The Hollywood Reporter that she was “seized by the spirit of Louisa May Alcott,” and had a spiritual connection with the late author. 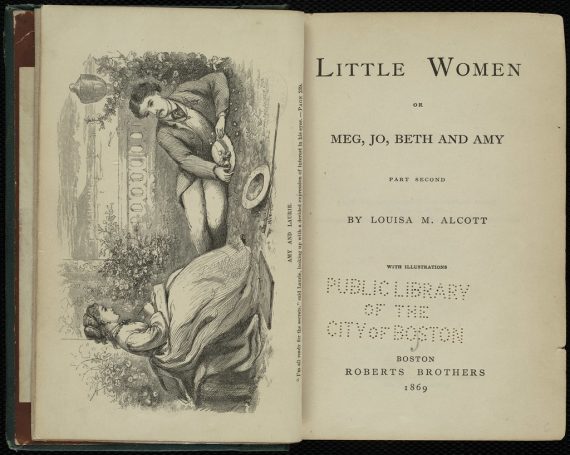 Since the movie was being filmed in her hometown, perhaps Alcott’s spirit was just curious as to how they were going to adapt her novel into a new film. She didn’t appear to be angry as the cast members didn’t feel threatened at all by her presence.

As for the town of Concord, there have been many reports of paranormal activity over the years, especially at the Colonial Inn. In fact, it’s been ranked as one of the most haunted hotels in all of the United States.

In 1966, a newlywed couple were staying at the Inn (room 24) when the following morning the bride emerged from the room looking really pale. Approximately two weeks later, the Innkeeper received a letter from the bride which read in part, “On that night [June 14] I saw a ghost in your Inn... I was awakened in the middle of the night by a presence in the room – a feeling that some unknown being was in the midst. As I opened my eyes, I saw a grayish figure at the side of my bed, to the left, about four feet away. It was not a distinct person, but a shadowy mass in the shape of a standing figure. It remained still for a moment, then slowly floated to the foot of the bed, in front of the fireplace. After pausing a few seconds, the apparition slowly melted away...” 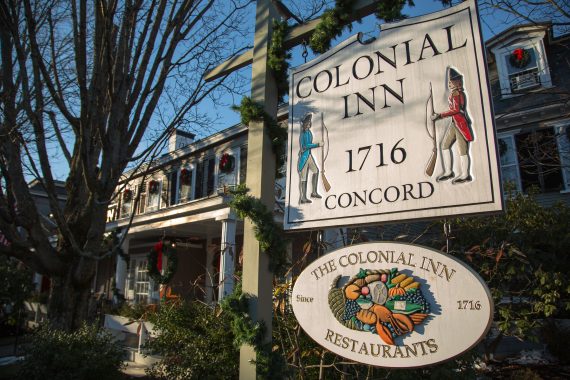 When the Inn was turned into a hospital for injured soldiers during the Revolutionary War, room 24 was used as an operating room where several people died, so that may explain the apparitions seen in that room. Some of the reports include guests seeing the ghosts of injured soldiers, a middle-aged nurse named Rosemary, and other apparitions wearing colonial clothing. The television and lights have inexplicably turned off and on in that room, as well as hearing disembodied whispers coming from the closet and having the door suddenly slam shut.

And it’s not just room 24 that is haunted, guests and employees have seen the apparitions of an older woman and a tall, slim man with a top hat hanging out in the sitting room. A young child wearing a bonnet has also been witnessed walking by the front desk, as well as spirits wearing colonial clothing sitting in the Liberty Room. Additionally, items often go temporarily missing and/or fly off the shelves for no reason.

So, if the author of Little Women is really haunting Concord, she’s apparently not the only spirit who is wandering around the town.

Strange Phenomena and a Ghostly Lion at the Historic Howell Theater