Bizarre Speculation on Lifeforms on the Sun

One of the most pressing new areas of discovery of recent times is that of finding life outside of this ball of rock we inhabit. While life may exist somewhere out in the cosmos, certainly one of the most unusual of places one would expect to find it is on our life-giving sun. Looking at it from our current knowledge of the sun, it seems like the idea of any sort of life as we know it existing there is absurd. After all, this is a burning, immensely hot mass with surface temperatures sitting at around 5500ºC (nearly 10,000ºF), which is so hot that molecules simply cannot maintain any state of integrity there, with no solid matter possible and only energy existing here in its elemental, rawest form. There is simply nothing in this environment remotely conducive to life as we know it, and indeed it is about the most hostile environment one could possibly imagine, completely and totally inhospitable to life. Yet, this has not stopped people over the centuries from speculating on the possibilities of creatures inhabiting this forbidding realm.

The possibility of life on the sun has long captured the imagination and been a recurring feature of science fiction. Perhaps the most famous example of this was Arthur C. Clarke’s story Out of the Sun, in which he describes the discovery of plasma based lifeforms on the surface of the sun, which are discovered by some very perplexed astronomers as they observe the roiling surface of our star from their observatory on the planet Mercury. In the story the creature that is found has been somehow regurgitated from the center of the sun and expelled out into the void of space, where it dies. One excerpt from the story reads:

We were looking at what seemed to be a translucent oval, its interior laced with a network of almost invisible lines. Where the lines crossed there appeared to be tiny, pulsing nodes of light... What we were seeing was impossible, yet the evidence was there before our eyes. We were looking at life, where no life could exist. The eruption had hurled the thing out of its normal environment, deep down in the flaming atmosphere of the sun. 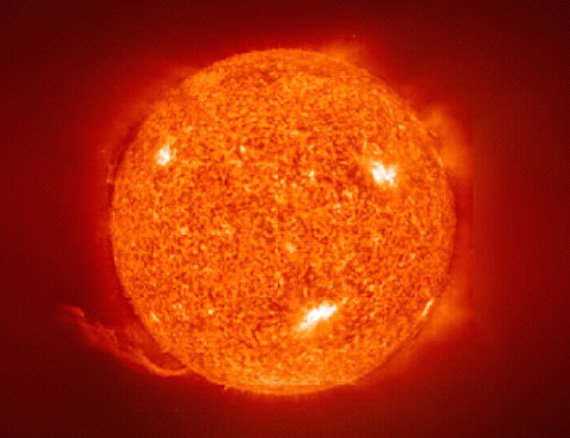 Other writers have also flirted with the idea life living on the sun or within other stars as well, such as Charles Harness in his 1955 book Paradox Men, which mentions plasma creatures living on the sun, as well as David Brin in his book Sundiver (1980), Robert Forward in his novel “Dragon’s Egg, about an actual technological civilization on a neutron star, Hal Clement in his short story Proof, and Stephen Baxter, who wrote of lifeforms existing in stars in his book Ring, in which they are referred to as “photino birds.” In every case, the hypothetical creatures mentioned are described as being able to survive in these environments due to being fundamentally different in form to what we typically think of life as taking, that of carbon based life, instead being energy or plasma based organisms, which exist in a sort of non-corporeal form. Astronomer and co-founder of SETI, Frank Drake, has explained the gist of this thusly:

One can imagine life evolving on a neutron star in the same way as life evolved on Earth. However, the nuclei making up the biological matter would not have electrons bound to them, as they do on Earth. Instead, the chemistry producing life depends on nuclear reactions, mediated by the strong force of the nuclei and not on the electromagnetic force responsible for terrestrial chemistry. An exchange of neutrons would bind the nuclei into “nuclear molecules” in the same way as the exchange of electrons binds atoms into normal molecules. We do not know whether bonding through neutrons would really lead to complex nuclear molecules at these high gravities, but for the sake of telling a story, I assume that they do.

Another rather intriguing explanation was offered up on the site Quora, from a Thomas Jolly, M.S. Astronautical Engineering, West Coast University, who explains:

The idea behind plasma creatures living on the sun is that they exist not from our known chemistry and periodic table, but from stable hot magnetic plasma loops of various sorts that act like atoms to them. They would likely be much larger creatures (like miles wide) since each of their “magnetic particles” would contain millions or trillions of what we think of as atoms and ions. Chances are good that they would have no clue that atoms even existed. Their scientific instruments would only resolve down to their smallest stable magnetic loop. We have no idea what stable forms matter may take outside of our own domain; any of these could produce some weird form of its own chemistry, evolving to a self-reproducing organism. There might be some tenuous gaseous magnetic forms living within the confines of nebulae; we might fly right through their 1000-kilometer wide bodies in our space ships without knowing they are there. 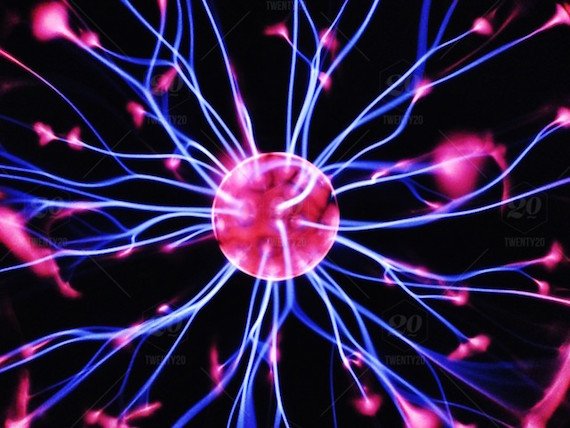 The outlandish idea has been entertained as mostly a sort of thought experiment by scientists over the years, with even some research claiming to show that under certain conditions blobs of plasma can grow, replicate, and even exhibit cell-like structures and show behavior that is very life-like in nature, such as the 2003 studies carried out by researcher Mircea Sanduloviciu and his team at Cuza University in Romania. It is all mostly pure speculation, but in recent years there has been the idea that life could in fact have a much broader definition well outside our traditional carbon based, cell-based idea of it. It is all still mostly in the world of science fiction, but that doesn’t mean that there have never been those who have seriously considered solar lifeforms, and indeed there have been some pretty wild ideas about creatures on the sun going all the way back to the 18th century.

The notion that the sun might be host to lifeforms was famously suggested back in 1785 by famed astronomer William Herschel, who happens to have been the man to have discovered Uranus. His idea revolved around a rather crude knowledge of our star at the time, the once popular theory that the sun spots that could be observed through telescopes were in fact openings in “the atmosphere” of the sun that showed the land below, or that they were massive mountains poking through. The common notion at the time was that the sun was more or less like just another terrestrial planet, albeit a very hot one covered in fire, and Herschel completely subscribed to this, even going as far as to calculate how high these mountains were (334 miles high) and coming up with the process by which the sun had formed its luminous atmosphere, and to him this was just another planet, which while certainly unique, wasn’t beyond the ability to harbor life. Herschel would say of this:

The Sun appears to be nothing else than a very eminent, large, and lucid planet. Its similarity to the other globes of the solar system leads us to suppose that it is most probably inhabited by beings whose organs are adapted to the peculiar circumstances of that vast globe. 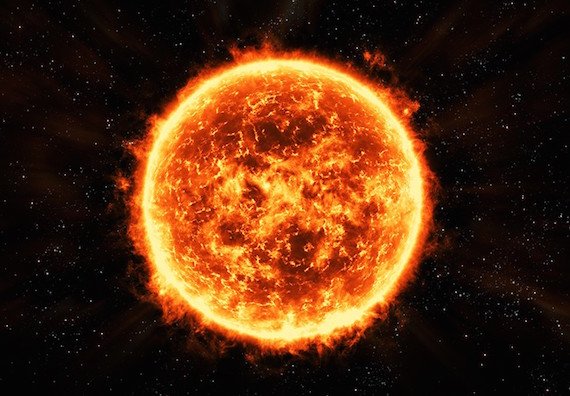 Herschel even had a slew of complicated hypotheses on how these hypothetical lifeforms kept from being burned to a crisp, essentially boiling down to because an opaque layer of clouds below these organisms was able to bounce the light of the sun’s atmosphere into space and thus protect them from being immolated. While Herschel’s ideas were largely met with skepticism and raised eyebrows by other scientists, the fact that he was such a respected astronomer meant that they stubbornly stayed around for a shockingly long amount of time, and these notions were still being entertained well into the 1800s, not being really put to rest until it was found that the sun was not a planet, but rather a flaming ball of hydrogen and helium gas.

So does the sun harbor life? Probably not. Yet, it is compelling that we have been entertaining this notion for many years, and continue to do so to this day. Although the sun is more likely than not devoid of any life, the speculation concerning how life could exist there and how it might in other similar environments leads the way in delving into alternate hypotheses on how life works, and might illuminate the fact that it might not be so narrowly defined as has traditionally been thought. It helps us think outside of the box, and that is often not a bad thing at all.