Controversial Claims of Alien Autopsies in the 1940s

In 1997 I interviewed the well-known British UFO investigator, Jenny Randles, regarding a strange series of events she found herself in, back in late 1986 (you can find the story in Randles' From Out of the Blue book). It was a very curious saga involving allegedly classified documents, dead aliens, crashed flying saucers, and much more. It all began in October 1986, when Randles came into contact with a man who had then recently left his employment with the British Army. According to the man, he had in his possession a large stash of still-classified material on UFOs that he had acquired under very controversial circumstances. The story that "Robert" told was as remarkable as it was inflammatory. Roughly a year or so earlier, an American individual, employed by the U.S. military and working at Wright-Patterson Air Force Base, Dayton, Ohio, came across the computerized files while engaged in repairing one particular system at the base. And we’re not talking about just a few pages of material. According to what Robert told Randles and Hough, the number of pages was huge. The man allegedly printed around six hundred pages of material, which wasn’t even anywhere near the overall total. It turns out that – allegedly – the man in question was friends with Robert’s commanding-officer in the British Army; the two having met on an exchange-program. Fearful about what he had got himself into, the computer-specialist gave the hundreds of pages of material on those aforementioned crashed saucers and alien autopsies to the CO. From there, they reached Robert. 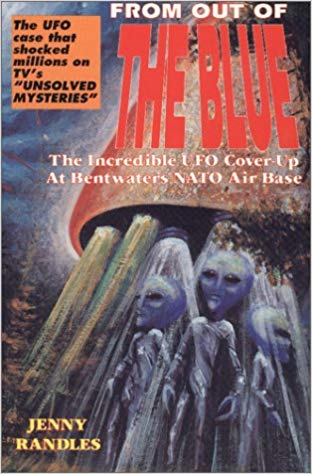 One of the papers referenced the autopsy of a strange body. Randles also said: “There was a lot of material about Roswell, including photographs of the UFO and of the aliens. One of the most detailed files was an autopsy report - that ran close to 200 pages in length - of the bodies recovered from the Roswell crash. Robert remembered the name of the doctor who had written it. His name was Dr. Frederick Hauser, a name I’d never seen connected with UFOs in any way whatsoever. Robert said that there was a very detailed account that was mostly filled with medical jargon about the autopsy which he didn’t understand, and there was a photograph of this entity with a slit right down the middle from the neck to the navel.”

And there was still more to come, as Jenny Randles demonstrated to me: “One of the first things Robert said was that the aliens were very human-looking. He said that the head was completely bald, but the most unusual feature of the face was the nose, which was almost flush into the face, almost unnoticeable. He couldn’t tell from the photographs, but the autopsy report made it clear that the beings were slightly smaller than average human size – about five feet in height.” Time to look into that Dr. Hauser, methinks. So far, I've not seen anyone dig deep into the man and his life.

Moving on, there's the matter of an undeniably controversial document that surfaced in the 1990s from UFO researcher, Timothy Cooper. He, Cooper, claimed to have received a large number of old, secret documents that were focused on crashed UFOs, dead aliens, and the usual UFO conspiracy fodder. As for that document, it is titled the Interplanetary Phenomenon Unit Summary. It states that on “…3 July 47, radar stations in east Texas and White Stands Proving Ground, N.M., tracked two unidentified aircraft until both dropped off radar.” Still with the IPU summary paper, we are told the following concerning the bodies: “From what descriptions the team was able to learn and from photographs taken by intelligence photographers, the occupants appear in most respects human with some anatomical differences in the head, eyes, hands and feet. They have a slight build about five feet tall, with grayish-pink skin color. They have no hair on their bodies and clothed with a tight fitting flight suit that appears to be fire proof (some of the bodies looked as if they had been burned on head and hands). Their overall stature reminds one of young children. It is believed that there were male and female genders present, but hard to distinguish.” 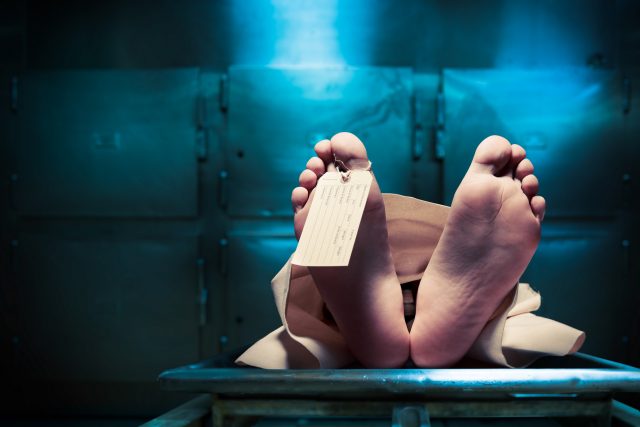 The descriptions of the aliens in the IPU document sound very similar to those contained in Robert's files, suggesting a possible (maybe likely) connection between the two, in terms of their origins. The same document states that, "...Dr. Detlev Bronk has been asked to assist in the autopsy of one well preserved cadaver ."  As for Bronk, there's this from The Majestic Documents website: "A native of New York City, Bronk was born on 13 August 1897, attended Swarthmore College, the University of Michigan, and from 1929 to 1940 was Professor for Medical Physics at the University of Pennsylvania. Later in 1940 he was appointed Professor of Physiology and Bio-physics at Cornell Medical School, NYC. Favorable investigations were undertaken of Bronk by the FBI for government-related work in both 1941 and 1947. According to FBI papers of 1961 on Bronk, '…he is a member of the President’s Science Advisory Committee and has been President of Rockefeller Institute for Medical Research, NYC, since 1953. He has served on many government committees in a consultant capacity and is recognized throughout the country as one of the nation’s top scientists.' During his working life, Bronk also served as Chairman of the National Science Board, President of the National Academy of Sciences and National Research Council."

Personally, I don't believe that the IPU document is a real, government document - mainly because I don't believe aliens crashed at Roswell. Either it's a sophisticated hoax or carefully crafted disinformation to muddy the Roswell waters. So, I think we can write-off Bronk as having been involved in the autopsy of an alien in the 1940s. Maybe, though - for those who cling onto the belief that there were some real autopsies of aliens back then - it's perhaps time to dig into the life of the mysterious Dr. Hauser, whose name popped up in those files that Jenny Randles' was told of by her British Army source in 1986.

Demons, a Bloody Ritual, and a Teacher in Florida