In a hurry to get somewhere on the other side of the world? In an hour? Then you need to join the Space Force. What … what? That seems to be the advice of a retired United States Air Force general who claims the Space Force already has the technology to build a craft capable of being anywhere on Earth in an hour. If you’re not interested in fast travel, he has some Space Force technology for homebodies too – the newest branch of the armed forces also has the capability to deliver wi-fi and energy from space. Holy Nikola Tesla!

“The technology is on the engineering benches today. But most Americans and most members of Congress have not had time to really look deeply at what is going on here. But I’ve had the benefit of 33 years of studying and making friends with these scientists. This technology can be built today with technology that is not developmental.”

Late last month, Lieutenant General Steven L. Kwast, commander of the Air Education and Training Command at the San Antonio-Randolph Base in Texas, revealed this and more in a speech entitled “The Urgent Need for a U.S. Space Force” delivered to an audience at Hillsdale College in Washington D.C. Kwast (he retired earlier this year) believes it’s not just advanced technology that will determine who will lead the world in space but also who has the values to protect human rights from exploitation by the market forces, industries, militaries and governments that guard the technology. That responsibility, in Kwast’s mind, belongs to the Space Force.

“The power of space will change world power forever. As a historian, reflecting on the fact that throughout the history of mankind… technology has always changed world power. But the story of rejecting new and holding and clinging to the paradigms of the past is why no civilization has ever lasted forever, and values are trumped by other values when another civilization figures out a way of finding a competitive advantage. The nature of power, you either have it and your values rule or you do not have it and you must submit. We see that play out again and again in history and it's playing out now.”

But wait a minute, you say. The Space Force is still a proposal, not an actual branch of the military … right? That’s true … although this week the Democrats in Congress and White House negotiators agreed to authorize the creation of the Space Force in exchange for a policy establishing 12 weeks of paid parental leave for federal workers. Neither has anything to do with the other, but that’s how government works these days. Kwast should be happy to hear the news because he warns that China (it’s always China) is already building its space force. But wait a minute again, you say. Didn’t Kwast say we have advanced technology for ultra-hypersonic travel and Tesla’s dream of wireless energy from space already “on the bench”?

Unfortunately, that’s where he falls back on that old diatribe about China beating us to 5G technology. Why is he worried about 5G when it’s such low tech to flying anywhere in an hour and getting energy from space? It would have been nice if he had given more insights on those and perhaps explained how today’s manufacturers – hungry for new business – and today’s workers – ready for more jobs – can capitalize on this. All we really have are mysterious triangular aircraft sightings and rumors.

While it’s great that people like retired Lieutenant General Steven L. Kwast are hinting about this advanced technology, seeing is believing. After all, we’re still waiting for flying cars. 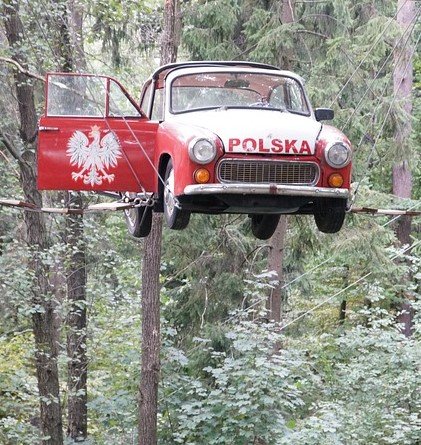