Roughly half of the world’s population is Asian, yet about 6 percent of the sequenced human genomes are from Asians. The GenomeAsia 100K Project was organized in 2016 to change that by developing a reference dataset of genomes from a widely diverse group of individuals living in Asia. The first report by the study was published this week in the journal Nature and the results are interesting. However, one of the more unusual conclusions presented is that the mysterious Denisovans may have been the origin of the mythological ancient demons known as the Rakshasas. Wait … didn’t you say this was a ‘scientific’ study?

“If so, then the most likely real life counterparts of the Rakshasas were the Denisovans, who existed throughout the eastern half of the Eurasian subcontinent for hundreds of thousands of years, their final survivors perhaps encountering indigenous peoples like the Aeta of the Philippines as recently as 20,000 years ago.”

That conclusion comes from some creative dot-connecting by Andrew Collins, author of “Denisovan Origins: Hybrid Humans, Göbekli Tepe, and the Genesis of the Giants of Ancient America,” in his recent article in Ancient Origins. Collins reviewed the study which sequenced the genomes of 1,739 individuals from 219 population groups and 64 countries across Asia. The researchers used blood and samples that had been collected for decades by scientists and anthropologists, especially from individuals in remote and isolated communities. While the analysis confirmed previously accepted theories about the Asian population, GenomeWeb describes some unexpected discoveries. 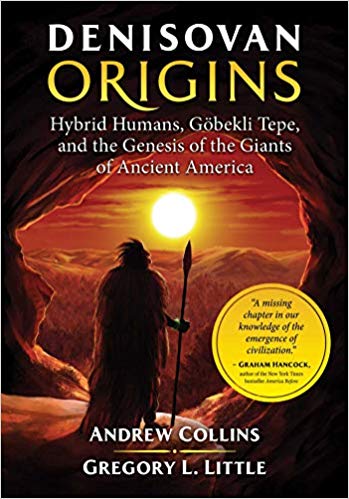 “But they also found that certain populations in India, Indonesia, and Malaysia that have been grouped together anthropologically are more closely related genetically to their geographic neighbors than to other populations in that anthropological group, suggesting that the darker skin color common among members of those groups is likely due to environmental adaptation, rather than shared ancestry.”

One group in particular that obviously interested Andrew Collins is the Denisovans, however his connection to the Rakshasas was unexpected. These are mythological Hindu demonic humanoids named for their creation – formed from the breath of Brahma while he slept, they started eating him, causing Brahma to shout "Rakshama!" (Sanskrit for "Protect me!") and Vishnu came to his aid, banishing them to Earth. In Hindu literature, they’re described as ugly, fierce-looking, mean, insatiable blood-drinking flying man-eaters with claws and flaming red eyes and hair. Sound like anyone you know?

“As phantasmagorical as the Rakshasas clearly are, their presence in this world prior to the emergence of the first human dynasties suggests they are the memory, as debased as it might have become, of an archaic human group that once inhabited the Indian Sub-continent.”

That “archaic human group” would be the Denisovans, who are no longer around to defend themselves against such accusations and whose few remnants of remains found in Siberia and Tibet aren’t enough to determine if they were ugly, blood-drinking man-eaters with red hair. However, the idea that a real group could be scorned for being different and made into mythological or religious evil beings pretty much exists in most religious texts.

In that context, can you connect Collins’ dots between the Rakshasas and the Denisovans? Is this insulting or insightful to Asians?