Giant Planet is Four Times Bigger Than Its Star

Jupiter is the largest planet in our solar system, but it’s still dwarfed by our Sun – Jupiter’s diameter is just one-tenth of the Sun’s and about 1,000 Jupiters could fit inside of it. If you’ve ever wondered if the opposite could be true – if a planet could be much larger than its star – wonder no more. Astronomers have discovered a Neptune-sized planet orbiting an Earth-sized star.

"At first, we thought that this was a binary star with an accretion disk formed from mass flowing between the two stars. However, our observations show that it is a single white dwarf with a disk around it roughly 10 times the size of our sun, made solely of hydrogen, oxygen and sulphur. Such a system has never been seen before, and it was immediately clear to me that this was a unique star." 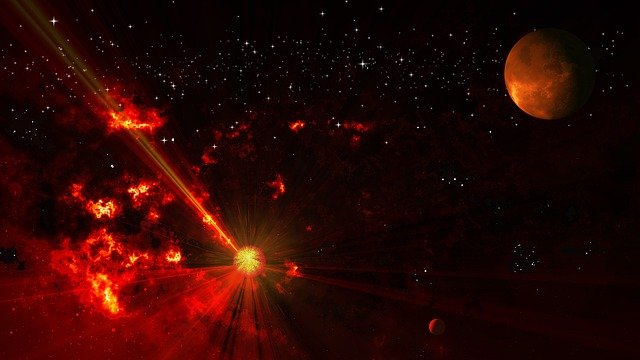 How unique? According to Boris Gaensicke, an astronomer from the University of Warwick in England and co-author of a paper published in Nature on the discovery, that disk around WDJ0914+1914 contains an ice giant exoplanet composed of frozen hydrogen, oxygen and sulphur similar to Neptune and Uranus. The disk is actually caused by the planet slowly decomposing due to the intense heat of the star, coupled with their close proximity – the planet orbits it once every ten days. WDJ0914+1914 is about 2,040 light-years from Earth and the “WD” means it’s a white dwarf, making this discovery of a giant planet orbiting a smaller star even more unusual. (Watch an animated video of the star and planet here.)

Despite being hot enough to melt its giant planet, white dwarf WDJ0914+1914 is a dead star which has exhausted its nuclear fuel but hasn’t yet imploded into a supernova. Astronomers have never seen a planet orbiting a white dwarf, which makes this a learning experience for what will eventually happen to our own Sun … and its planets. In a companion paper published in published in Astrophysical Journal Letters, the same astronomers describe the death of our solar system. 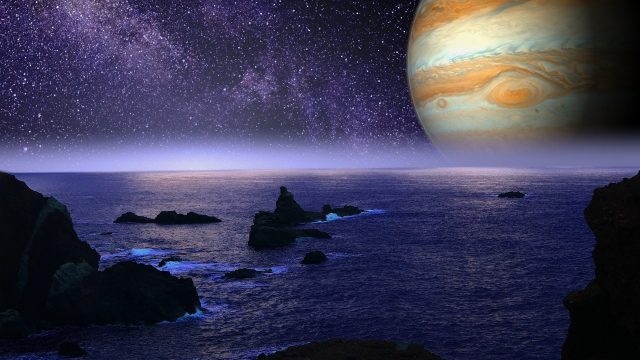 “Once our own sun runs out of fuel in about 4.5 billion years it will shed its outer layers, destroying Mercury, Venus, and probably the Earth, and eventually expose the burnt-out core - the white dwarf … this will radiate enough high energy photons to evaporate Jupiter, Saturn, Uranus and Neptune. Just as on WDJ0914+1914, some of that atmospheric gas will end up on the white dwarf left behind by the sun, and will be observable for future generations of alien astronomers.”

While it’s never been seen before, the astronomers believe this planetary evaporation into a disk surrounding a young white dwarf pretty common. Sad news for the giant planet which may have thought it was something special.

The Contactees and Their (Probably Vision-Driven) Encounters