An Iron Age shield that was discovered in Yorkshire, England has been called “the most important British Celtic art object of the millennium”. The shield was found in a “warrior grave” that was unearthed in Pocklington last year at a housing development site called “The Mile”.

The face of the 30-inch bronze shield (pictures can be seen here) contained swirling and asymmetrical patterns along with a central raised boss. In fact, the swirling pattern was quite common in early Celtic art and the “La Tène” culture that inhabited Europe from approximately 450-1 B.C. Additionally, it had a puncture hole that would have been made by a sword and there was evidence of repair work done to the shield. 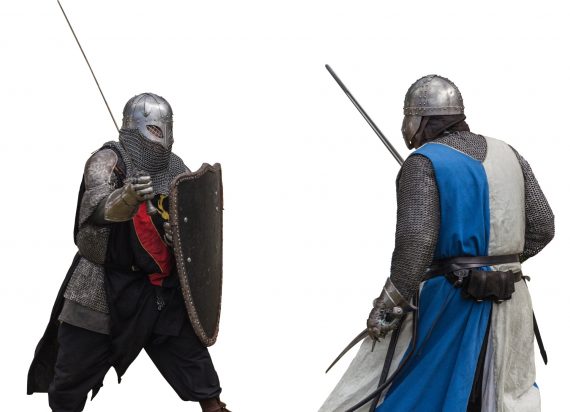 The fact that there was a puncture hole from a sword is very interesting, as that type of shield was previously thought to have been more of a ceremonial item than something used in battle. “The shield features a scalloped border. This previously unknown design feature is not comparable to any other Iron Age finds across Europe, adding to its valuable uniqueness,” explained Paula Ware from MAP Archaeological Practice.

She went on to say, “The popular belief is that elaborate metal-faced shields were purely ceremonial, reflecting status, but not used in battle,” adding, “Our investigation challenges this with the evidence of a puncture wound in the shield typical of a sword. Signs of repairs can also be seen, suggesting the shield was not only old but likely to have been well-used.” There was one other similar shield uncovered from the Thames River in 1849 – called the Wandsworth shield – and is currently in the British Museum.

In addition to the shield, other remains found in the grave include two humans, two horses, and sacrificial pigs. In fact, the two horses were positioned in such a way that they appeared as though they were leaping out of the grave, indicating a belief in the afterlife. There was also an upright chariot as well as other artifacts such as a brooch that was made from bronze and red glass. 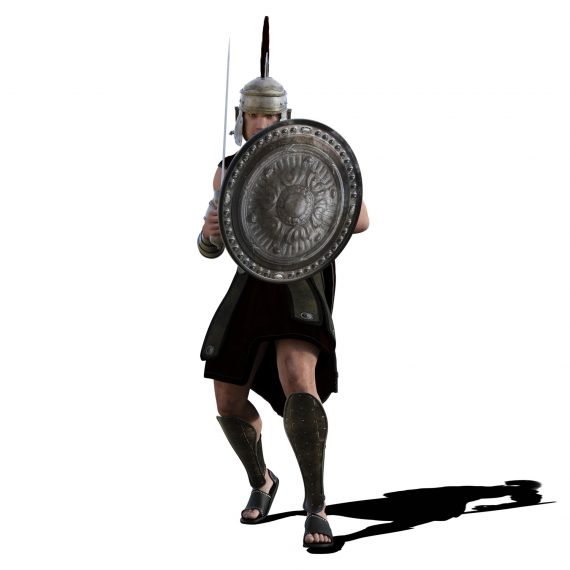 The shield was discovered lying face down underneath a man’s skeleton. The remains are believed to date back to around 320-174 B.C. The owner of the shield was a man who passed away after the age of 46 and was probably a much respected member of the community because there were six pigs that were buried beside him as sacrificial offerings. He was buried adjacent to a younger man who was injured before his death.

As for what caused the older man’s death, it’s highly likely that he didn’t die in battle but from natural causes associated with old age. “We don’t know how the man died. There are some blunt force traumas but they wouldn’t have killed him,” said Ware.

This Iron Age discovery is certainly a significant find. “The magnitude and preservation of the Pocklington chariot burial has no British parallel, providing a greater insight into the Iron Age epoch,” Ware noted.