Meteoroid Kissed the Earth, Then Flew Back Into Space

Who knew meteoroids could have one-night stands with Earth … meeting for one brief, intimate moment before a last kiss and a slip away into the night, never to be seen again? Well, space scientist Patrick Shober of Australia's Curtin University for one. In a newly-published report, he describes just such an occurrence recorded by the Desert Fireball Network in July of 2017. How exactly did something like this happen? Is it unique?

“This expansive size has enabled us to capture a majority of the atmospheric trajectory of a spectacular grazing event that lasted over 90 seconds, penetrated as deep as ~58.5km, and traveled over 1,300 km through the atmosphere before exiting back into interplanetary space.”

The ‘spectacular grazing event’ Shober is referring to in “Where Did They Come From, Where Did They Go. Grazing Fireballs” is not an all-you-can-eat Chinese buffet but an extremely rare event known as a “grazing fireball.” Generally speaking, this type of meteor penetrates the upper atmosphere at an angle too shallow to allow for penetration, so it merely skims through it anywhere from 85–120 km above the Earth. Even at its thinnest, the resistance of the atmosphere is enough to break off pieces and alter the speed and trajectory of a grazing fireball, but not enough to pull it down. Instead, it ends its brief encounter by sailing back out into space to parts known and unknown. 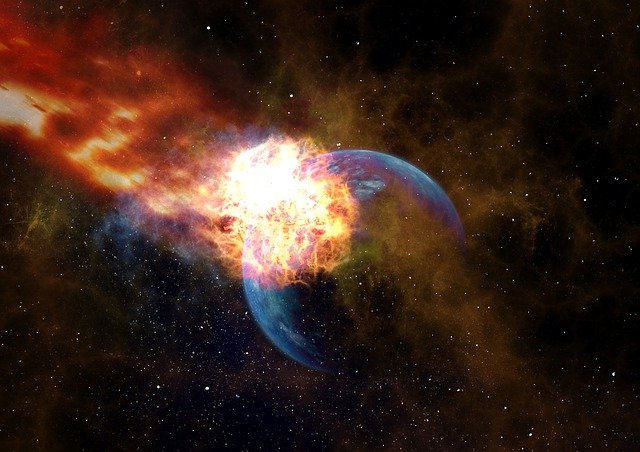 “The most intriguing quality of this close encounter is that the meteoroid originated from an Apollo-type orbit and was inserted into a Jupiter-family comet (JFC) orbit due to the net energy gained during the close encounter with the Earth. Based on numerical simulations, the meteoroid will likely spend ~200kyrs on a JFC orbit and have numerous encounters with Jupiter, the first of which will occur in January-March 2025. Eventually the meteoroid will likely be ejected from the Solar System or be flung into a trans-Neptunian orbit.”

The Desert Fireball Network’s array of 50 cameras watch the grazing fireball for over 90 seconds as it descended to 58.5 km above Earth, losing a fragment and 0.9 miles (1.5 km) per second in speed before being slingshot back into space. The team estimated it to be 30 cm (11.8 inches) in diameter and weighing in at 60 pounds – not a killer but it could definitely do some damage. (Photos of the grazing fireball can be seen here.) 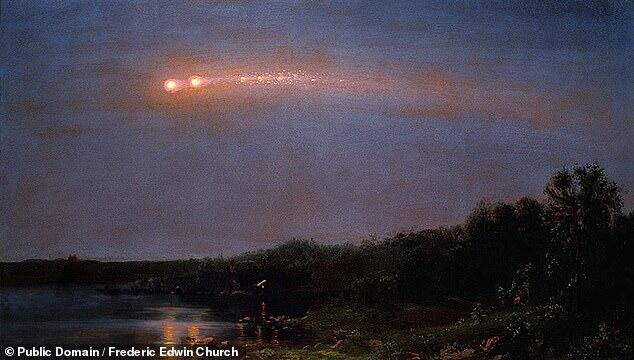 According to the study, only a handful of grazing fireballs have ever been reported. One of the most famous occurred in 1860 and was immortalized in a painting by Frederic Edwin Church. The Great Meteor Procession of 1913, the Great Daylight Fireball of 1972 and the Christmas Eve fireball of 2014 -- all confirmed grazing fireballs -- were seen by enough witnesses to be deemed worthy of being named. While they’re spectacular to witness and have (not surprisingly) been seen as signs of the end of the world, astronomers like grazing fireballs because they’re evidence of the dynamic and changing nature of the solar system, showing that it’s much more complicated and jumbled than those looking for symmetry and organization would like to believe.

“This fireball is only matched by the notorious ‘Great Daylight Fireball of 1972’, which penetrated to a very similar depth in the atmosphere but lasted ∼ 9 seconds longer.”

It sounds like Patrick Shober is proud of his discovery and lobbying for it to get a name. The Great Grazer of 2017? The Deserting Fireball of 2017? The 2017 Whiz-ard of Oz?

Keep your eyes to the skies.

When a Djinn Gets Dangerous