More on Those Faked Alien Abductions

As a follow-up to the current controversy concerning Jacques Vallee and bogus alien abductions in South America, I thought I would share with you a couple of cases that suggest such things haven't just been performed in South America. Consider the following: On May 5, 1980, Myrna Hansen was driving to her Eagle’s Nest, New Mexico, home from a trip to Oklahoma with her young son. Hansen suddenly found herself in a nightmarish world. Under hypnosis she recalled a classic alien abduction in which she was taken on board a UFO, undressed, and subjected to a physical examination. While on board, she also witnessed a “struggling cow sucked up into its underside in some sort of ‘tractor beam.’” More controversially, Hansen stated that after the abduction, she had been taken to an underground base, had seen “body parts” floating in vats, and felt that some sort of “device” had been implanted in her body so that the aliens could monitor and control her thoughts. 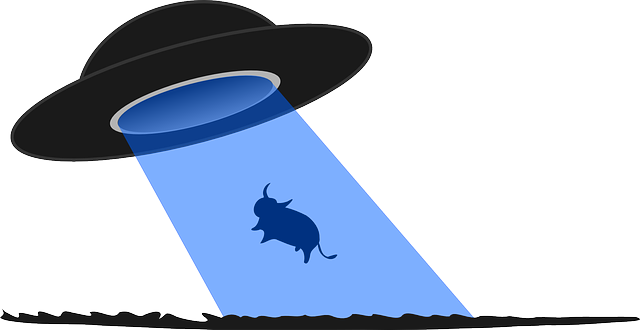 When details of Hansen’s description of the underground base were relayed to Kirtland Air Force Base security personnel, they immediately recognized that Hansen was describing a fortified, highly classified section of one of its facilities: the Manzano Weapons Storage Complex, which, at the time, was the largest underground repository of nuclear weapons in the Western world. I find it highly unlikely that aliens would have abducted Hansen to Kirtland Air Force Base (to say the least!), but maybe a military unit - engaged in a faked alien abduction scenario - might have done exactly that.

An example of a case of alleged alien abduction that appears to have been part of a sophisticated mind-control operation is described by Alison, a woman from Arizona, who lives on a ranch not too far from the city of Sedona. From the age of twenty-seven to thirty-one, Alison was subjected to at least five kidnappings that bore all the hallmarks of the classic alien abduction scenario. On each occasion, she was in her living-room, either reading or watching TV, when her two pet dogs – Lucy and Summer – began to act in a distressed fashion, pacing around the room and whimpering. At that point, things always became a blur, and Alison would later find herself in a different part of the house with several hours of time having passed. She would always awake feel groggy, and with a pounding headache and dry mouth.

For days after the weird experiences, she would dream of the moment when things would begin to go awry – which always resulted in a complete loss of electricity inside the house, a deep humming noise emanating from outside the large living-room window, and powerful and intensely bright lights enveloping the room. In her semi-conscious state, Alison would see small shadowy figures scuttling around the room. They would then carry her outside onto a small craft where she was subjected to a gynecological examination and some form of nasal probing. She would then be returned to another part of the house and the aliens would leave. It was only after the aliens had departed that the intense humming noise would cease. 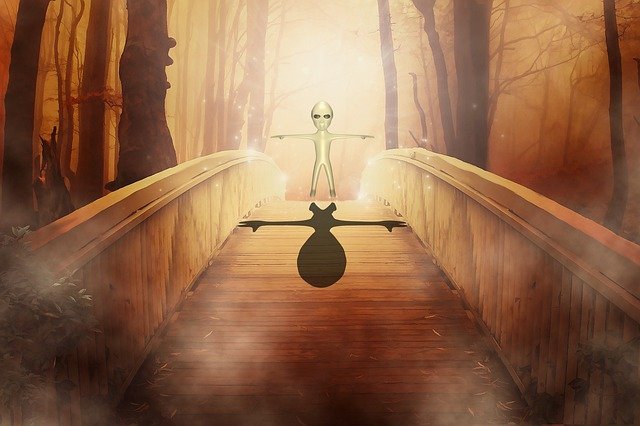 On what Alison believes to have been the fifth abduction, however, the mysterious humming sound abruptly came to a sudden halt, only a few seconds after her cosmic visitors had entered the room. At that point, Alison recalled – significantly, not in a later dream on this occasion but in real time – she began to slowly regain her senses. And, very surprisingly, so did the aliens. In their place was not a group of frail-looking bald-headed, black-eyed “Grays,” but a number of large and burly men wearing what looked like suspiciously like black military fatigues. According to Alison, the men then suddenly started to back away slowly. And, as Alison began to regain her senses, one of them held his hand up “as if to say ‘stay where you are,” and continued to do so until they had exited the ranch house. Alison made her still-slightly-groggy way to the living-room window – just in time to see the group men jump climb aboard not a state-of-the-art extra-terrestrial spacecraft, but instead a very terrestrial-looking black helicopter. At a height of several hundred feet, a powerful lamp was suddenly turned on by someone aboard the helicopter that lit up the dark sky around her property.

Today, Alison has cast aside her ufological beliefs, and firmly believes that as a result of a combination of subliminal hypnosis, mind-altering technologies, and perhaps even non-lethal weaponry designed to temporary disable her nervous system and bodily movement, she was ingeniously made to think she was an alien abductee. But that in reality, she was merely the guinea-pig for the testing of sophisticated weaponry designed to affect and manipulate both mind and body. These are just two examples of several dozen similar cases I have on file. They all suggest that at least some alien abduction events are nothing of the sort. They are far more down to earth in nature.

Tragic Disasters and Strange Encounters with the Paranormal