Last week I was interviewed on the subject of my 2017 book, The Roswell UFO Conspiracy. It is a follow-up to my 2005 book, Body Snatchers in the Desert. Both books focus on the theory that what happened outside of Roswell, New Mexico in the summer of 1947 had nothing to do with aliens, but everything to do with classified programs connected to high-altitude experiments in New Mexico, exposure to radiation, huge balloons and much more. As for that interview, it was for a new book that the guy is writing on Roswell from the E.T. perspective. As a full-on believer that aliens did come down on the Foster Ranch in forty-seven, he was having none of what I had to say. He basically said there was no way that terrible experiments - of the types described in my books - would ever have been undertaken back in the 1940s. Clearly, he didn't know his history. I said something to the effect of: "You're joking, right?" He assured me he was not joking. So, I told him to check out the ultimate report on this angle of "human experimentation" back in the 1940s (and onward). It is titled Advisory Committee on Human Radiation Experiments: Final Report. Dated October 1995, it runs to no less than 925 pages and was published by the U.S. Government Printing Office. One of the days I'll share with you the very strange story of how I got my copy and how it's filled to the brim with annotations from the retired person who provided it to me. But, that's for another day. Back to those experiments. 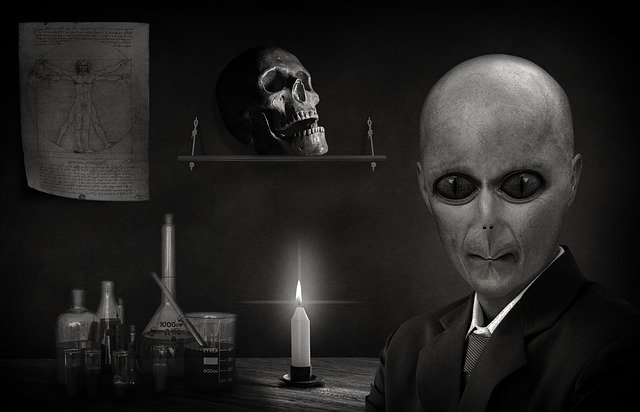 A careful study of the massive report demonstrates that as far back as the 1940s highly classified experiments were undertaken on people  - revolving around the effects of radiation. Although, it's important to note that the report doesn't just focus on radiation-based issues. For example, there is a section on the CIA's "mind-control" program, MKULTRA and other controversial topics. One of the things that I was told by some of my sources was that in the summer of 1947 - when the Roswell affair occurred - there was not just one experiment, but somewhere in the region of seven or eight (maybe more...), all of which failed miserably. They involved massive balloon arrays, lifting body-type craft, and high-altitude activity. Those same sources claimed that prisoners were used in several of those various experiments.

So far, no evidence has surfaced to show that the 1947 experiments near Roswell, New Mexico involved prisoners. There is, however, plenty of data available that shows prisoners most definitely were used in top secret experimentation. Notably, plans (that were ultimately shelved) show that some of those experiments involved then-newly-planned radical aircraft. Chapter 9 of the Advisory Committee on Human Radiation Experiments: Final Report states that: "In July 1949 a medical advisory panel met in Washington, D.C., to discuss psychological problems posed by radiation to crews of a then-planned nuclear-powered airplane. During the meeting an Air Force colonel noted that crewmen were concerned about anything physically harmful..." The report continues that although the nuclear-powered plane was never built, the military still had concerns regarding "...space flight, weapons plants, nuclear power plants, and on an atomic battlefield..."

Also from the 1949 panel, there are these eye-opening words: “The Committee is not in a position to make recommendations as to where these tests can be conducted other than that they should be carried out at some federal, state, or Armed Services prison, where life prisoners are incarcerated and where arrangements can be made with the prison authorities to cooperate in the experiment.  The selection of the prison is a matter for top military consideration. Continued cooperation of the prison staff and prisoners for a matter of many years will be required." 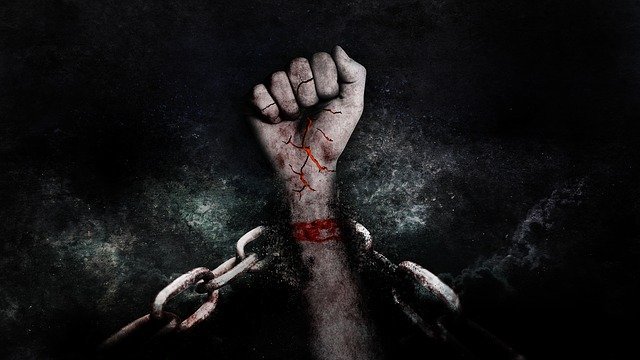 As the report also notes, between 1963 and 1973 "...131 prisoners in Oregon and Washington submitted to experimental testicular irradiation with national security and other societal goals, but no potential for therapeutic benefit for the subjects." The report also states that two, specific studies were initiated: they were run by Carl G. Heller, M.D., and C. Alvin Paulsen, M.D. As the documentation shows, "The government was interested in the effects of ionizing radiation on workers, astronauts, and other Americans who might be exposed, in a nuclear attack for example." There's this, too: "Both doctors viewed prisoners as ideal subjects. They were healthy, adult males who were not going anytime soon. In 1963 few if any researchers had moral qualms about using them as subjects, although there seems to have been a consensus in the research community on the rules that should govern such experimentation. By 1973, however, some ethicists, researchers, and others, such as the investigative journalist Jessica Mitford, pointed out that incarcerated people were not well placed to make voluntary decisions."

And, there's more: "In 1976, the National Commission for the Protection of Human Subjects of Biomedical and Behavioral Research recommended the banning of almost all research on prisoners. Prison experimentation effectively came to an end in this country a few years after the commission offered its recommendations." Does any of this prove that prisoners may have been used in highly-classified test-flights in New Mexico in the summer of 1947? No, it does not. What it does do, however, is to show that prisoners were used in secret experiments. The idea that some of the New Mexico tests of the summer of 1947 may have involved prisoners no longer seems quite so unlikely, after all.

Deepest Point On Land Has Been Discovered In Antarctica