There has been a long debate on whether brains can be fossilized and that question may finally have an answer. Scientists claim to have discovered incredibly well preserved fossilized brains in 500-million-year-old bug-like creatures.

The inky stains were found in fossils from an arthropod called Alalcomenaeus that lived during the Cambrian period – between approximately 543 million and 490 million years ago. The bug-like creature’s exoskeleton was well preserved in addition to the soft tissue from the brain and nerves. In their study, which was published in the journal Proceedings of the Royal Society B (and can be read in full here), researchers described finding two Alalcomenaeus fossils in which the brains were still preserved.

Co-author of the study, Javier Ortega-Hernández, who is an invertebrate paleobiologist at Harvard University and curator of the Harvard Museum of Comparative Zoology, explained, “What we are dealing with in the fossil record are exceptional circumstances. This is not common — this is super, super rare.”

Paleontologists previously found one Alalcomenaeus fossil which was believed to have had preserved nervous tissue; however, there was much controversy over the discovery. But now with two more specimens, it’s pretty convincing proof that nervous tissue in arthropod fossils from the Cambrian period can indeed be fossilized. In fact, all three specimens were discovered buried in similar deposits which allowed the brain tissue to fossilize.

The two Alalcomenaeus fossils were found in the Great Basin in Utah. Ortega-Hernández and his co-authors described the fossils as having symmetrical stains that were found along its mid-line that looked like the nervous system that’s found in modern arthropods like spiders, scorpions, and horseshoe crabs. Additionally, the stains contained carbon which is an important element found in nervous tissue. “The nervous system and the gut kind of cross each other, which is really funky but common in arthropods nowadays,” Ortega-Hernández told Live Science.  Pictures can be seen here.

But not everyone is convinced that they in fact found a fossilized brain. Jianni Liu, who is a professor at the Early Life Institute in the Department of Geology at Northwest University in Xi’an, China, wrote an email to Live Science and argued that the inky stains found in the fossils could have been a “slightly random effect of the decay process” instead of being brain tissue. 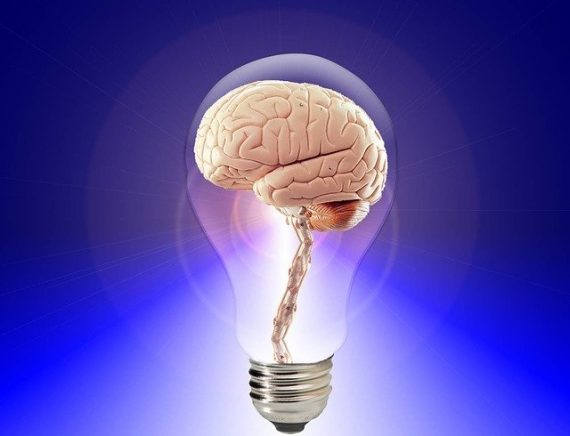 Liu and her colleagues studied around 800 fossilized specimens and discovered that almost 10% of them had inky stains around the head. They found that while nervous tissue decays quite rapidly, bacteria from the gut can persist and “produce these so-called biofilms as radiating [stains] which look a bit like parts of a nervous system,” they wrote in a 2018 study.

Nicholas Strausfeld, who is a regents professor in the department of neuroscience at the University of Arizona, explained that when the creatures are buried underneath strong pressure, the remains become flattened out. And since there is a lot of fat found in nervous tissue, it repels water and “have some resistance against decay”.

There is still a lot of work and studying that needs to be done in regards to brain and nervous tissue fossilizing, but these are definitely interesting developments.

SpaceX Satellites are Changing the Sky and Astronomers are Furious