“It was a subjective visceral experience accompanied by ecstasy.”

The man who made that comment was not under the influence of pharmaceuticals, magic mushrooms or love … just the love of space that only an astronaut can feel. Edgar Mitchell, Apollo 14 astronaut and moonwalker, thought everyone should be able to experience what he felt, but especially world leaders whose influence over the planet and space could forever change that “ecstasy” to something far worse. While swinging out into space attached to the robotic arm on the International Space Station, astronaut Ron Garan had a similar experience he wanted to share with the rest of humanity.

“Seeing Earth from this vantage point gave me a unique perspective - something I've come to call the orbital perspective. Part of this is the realization that we are all traveling together on the planet and that if we all looked at the world from that perspective we would see that nothing is impossible.”

Edgar Mitchell shared his space ecstasy in speeches and interviews, Garan in his book, “The Orbital Perspective.” Now, a virtual reality company claims some people may be able to experience what has come to be known as the “Overview effect” without every leaving Earth. SpaceVR and researchers from the University of Missouri are combining the latest in high-definition virtual reality with an old horror movie favorite – the sensory deprivation flotation tank filled with warm Epsom salt-loaded water – to recreate the Overview effect and save humanity from destruction. OK, that last part is a stretch but the recreation sounds possible and The Guardian reports that SpaceVR is looking for 100 volunteers to have their minds blown like an astronaut while remaining a terranaut.

“Anyone living in a space settlement... will always have an overview. They will see things that we know, but that we don't experience, which is that the Earth is one system. We're all part of that system, and there is a certain unity and coherence to it all." 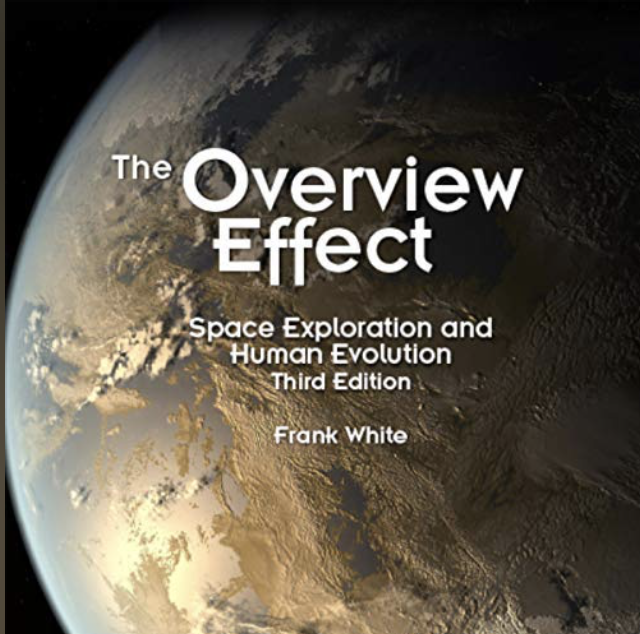 Frank White coined the term “the overview effect" while flying across country in the 1970s. We’re now reaching the end of 2019 and only some of the astronauts and space travelers from other countries have experienced the effect. Of course, there are no space settlements in the near future and space tourism remains a fantasy for all but a few billionaires, so the SpaceVR project sounds like the only change the rest of us will have at achieving the “subjective visceral experience accompanied by ecstasy.” Will it work?

“There’s a lot of division and polarisation and disconnection between people. We’d like to see if we can recreate the Overview effect on Earth to have an impact on those issues.”

That’s the noble goal of Steven Pratscher, a psychologist and principal investigator on the trial at the University of Missouri, who will send 100 volunteers into virtual space at the Clarity Float spa. Some of the volunteers will spend an hour inside the spa’s sensory deprivation tanks watching a 360 degree immersive video created by SpaceVR. Others will watch the video on a bed or just float with no VR. They will then fill out questionnaires to determine if they had an ‘overview’ experience. Not exactly the same as being attached to the arm of the ISS, but perhaps the best way any of us will ever achieve Major Tom-ness.

This is Major Tom to Ground Control
I'm stepping through the door
And I'm floating in a most peculiar way
And the stars look very different today
For here
Am I sitting in a tin can
Far above the world
Planet Earth is blue
And there's nothing I can do.

The line starts behind me.

The Strange Mystery of the Phoenix Lights