I've written a few articles over the course of the past week, and into this week, on the matter of what have rapidly become known as "simulated UFO abductions." The theory is that these "abductions" - primarily in the 1950s onward - were not the work of aliens, but the work of intelligence agencies, possibly to determine how easy (or difficult) it might be to fabricate an alien encounter. After all, if you can hoax an E.T. incident then maybe you can fabricate something amazing on the battlefield and, in the process, freak out the enemy. In that sense, perhaps the abductions amounted to forerunners of bigger, far grander plans. We're talking about the likes of the CIA's controversial MKULTRA "mind-control" program. One person who read my article of December 23 asked if agencies, in the 1950s, had the ability to pull something like this off - and to do so 100 percent successfully. The guy asked: "Didn't the CIA's MKultra not start til early-middle 50s? Would they have time [to pull such a thing off]?" Well, yes, that's a very good point. But, it's a lesser known fact that the CIA's mind-control ops actually kicked off at the very start of the 1950s. Also, further programs, run by other agencies, began back in the 1940s! Let's see what history tells us all about that.

It was during August 1977 that The Senate MKULTRA Hearings were organized by what became known as the Senate Select Committee on Intelligence and the Committee on Human Resources. It turns out that as the committee dug deeper it found that there were similar programs which predated MKUltra. They were Artichoke and Bluebird. The Committee revealed what it had uncovered: "The earliest of the CIA’s major programs involving the use of chemical and biological agents, Project Bluebird, was approved by the Director in 1950. Its objectives were: (a) discovering means of conditioning personnel to prevent unauthorized extraction of information from them by known means, (b) investigating the possibility of control of an individual by application of special interrogation techniques, (c) memory enhancement, and (d) establishing defensive means for preventing hostile control of Agency personnel.”

As for Artichoke, there are these words for the committee: “As a result of interrogations conducted overseas during the project, another goal was added - the evaluation of offensive uses of unconventional interrogation techniques, including hypnosis and drugs. In August 1951, the project was renamed Artichoke. Project Artichoke included in-house experiments on interrogation techniques, conducted ‘under medical and security controls which would ensure that no damage was done to individuals who volunteer for the experiments. Overseas interrogations utilizing a combination of sodium pentothal and hypnosis after physical and psychiatric examinations of the subjects were also part of Artichoke. Information about Project Artichoke after the fall of 1953 is scarce. The CIA maintains that the project ended in 1956, but evidence suggests that Office of Security and Office of Medical Services use of ‘special interrogation’ techniques continued for several years thereafter.”

A special procedure, designated MKDelta, was established to govern the use of MKUltra materials when specifically utilized in overseas operations. Such materials were used on a number of occasions. According to the Committee: “Because MKUltra records were destroyed, it is impossible to reconstruct the operational use of MKUltra materials by the CIA overseas; it has been determined that the use of these materials abroad began in 1953, and possibly as early as 1950.” The Committee revealed more on MKDelta: “Drugs were used primarily as an aid to interrogations, but MKUltra/MKDelta materials were also used for harassment, discrediting, or disabling purposes. According to an Inspector General Survey of the Technical Services Division of the CIA in 1957 - an inspection which did not discover the MKUltra project involving the surreptitious administration of LSD to unwitting, non-volunteer subjects - the CIA had developed six drugs for operational use and they had been used in six different operations on a total of thirty-three subjects. By 1963 the number of operations and subjects had increased substantially.”

The Committee discovered that the U.S. Army had been working on such programs, too. In its 1977 report, the Committee revealed the following: “There were three major phases in the Army’s testing of LSD. In the first, LSD was administered to more than 1,000 American soldiers who volunteered to be subjects in chemical warfare experiments. In the second phase, Material Testing Program EA 1729, 95 volunteers received LSD in clinical experiments designed to evaluate potential intelligence uses of the drug. In the third phase, Projects Third Chance and Derby Hat, 16 unwitting non-volunteer subjects were interrogated after receiving LSD as part of operational field tests.”

Moving on, there is what the committee learned about an operation called Chatter: "Project Chatter was a Navy program that began in the fall of 1947. Responding to reports of amazing results achieved by the Soviets in using truth drugs, the program focused on the identification and the testing of such drugs for use in interrogations and in the recruitment of agents. The research included laboratory experiments on animals and human subjects involving Anabasis aphylla, scopolamine, and mescaline in order to determine their speech-inducing qualities. Overseas experiments were conducted as part of the project. The project expanded substantially during the Korean War, and ended shortly after the war, in 1953."

MKNaomi was yet another operation on which the committee found a lot. It was designed: (a) To provide for a covert support base to meet clandestine operational requirements; (b) To stockpile severely incapacitating and lethal materials for the specific use of TSD [Technical Services Division]; (c) To maintain in operational readiness special and unique items for the dissemination of biological and chemical materials; (d) To provide for the required surveillance, testing, upgrading, and evaluation of materials and items in order to assure absence of defects and complete predictability of results to be expected under operational conditions." 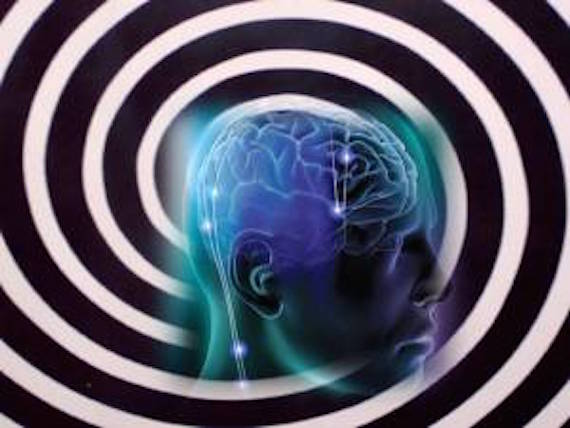 Under an agreement reached with the Army in 1952, the Special Operations Division (SOD) at Fort Detrick was to assist CIA in developing, testing, and maintaining biological agents and delivery systems – some of which were directly related to mind-control experimentation. By this agreement, the CIA finally acquired the knowledge, skill, and facilities of the Army to develop biological weapons specifically suited for CIA use. The Committee also noted: “SOD developed darts coated with biological agents and pills containing several different biological agents which could remain potent for weeks or months. SOD developed a special gun for firing darts coated with a chemical which could allow CIA agents to incapacitate a guard dog, enter an installation secretly, and return the dog to consciousness when leaving. SOD scientists were unable to develop a similar incapacitant [sic] for humans. SOD also physically transferred to CIA personnel biological agents in ‘bulk’ form, and delivery devices, including some containing biological agents.”

In addition to the CIA’s interest in using biological weapons and mind-control against humans, it also asked SOD to study use of biological agents against crops and animals. In its 1967 memorandum, the CIA stated: “Three methods and systems for carrying out a covert attack against crops and causing severe crop loss have been developed and evaluated under field conditions. This was accomplished in anticipation of a requirement which was later developed but was subsequently scrubbed just prior to putting into action.”

The Committee concluded with respect to MKNaomi that the project was “…terminated in 1970. On November 25, 1969, President Nixon renounced the use of any form of biological weapons that kill or incapacitate and ordered the disposal of existing stocks of bacteriological weapons. On February 14, 1970, the President clarified the extent of his earlier order and indicated that toxins - chemicals that are not living organisms but are produced by living organisms - were considered biological weapons subject to his previous directive and were to be destroyed. Although instructed to relinquish control of material held for the CIA by SOD, a CIA scientist acquired approximately 11 grams of shellfish toxin from SOD personnel at Fort Detrick which were stored in a little-used CIA laboratory where it went undetected for five years.”

Given that Project Chatter was quietly created way back in 1947, it's not at all impossible that by the mid-to-late 1950s those "simulated UFO abductions" couldn't have been working very well and convincing people they had been abducted when they weren't - or, at least, not by extraterrestrials.