Imagine you are out on a lovely sunny day, everything is normal and fine, it is a gorgeous day to be out doing whatever it is you do. Suddenly, the sun stops hitting your face, blocked out in the middle of the day to turn the landscape to night. There is no warning for this, no clear or noticeable reason, you have just been thrown into night by forces you cannot comprehend, left to wonder it this is a trick of perception or the end of the world. It seems like a pretty wild scenario, but this has indeed happened on many occasions throughout history, and here we will look at these mysterious phenomena of the brightest of day suddenly turning to the darkest of night through processes or by forces we do not yet understand.

May 19, 1780 started as any other in the region of New England, in the United States. People went about their business, children played, and the day was like any other. Yet, from around 10 AM that day strange things began to happen in the sky. The sun began to turn a strange red color, then faded to a dim ember, and the sky began to darken for no discernible reason. By noon it was said to be as dark as midnight, and the range of this darkness supposedly extended from as far north as parts of Canada and Portland, Maine, all the way southwards to New Jersey and possibly beyond. It was as if it were night, with frogs croaking and chickens going to roost, flowers closing their petals, all while the baffled populace wandered about the streets looking up at the blackened sky. Those who were at home were forced to light candles to illuminate their darkened homes, and one one war soldier there at the time would say:

We were here [New Jersey] at the time the "dark day" happened. It has been said that the darkness was not so great in New-Jersey as in New-England. How great it was there I do not know, but I know that it was very dark where I then was in New-Jersey; so much so that the fowls went to their roosts, the cocks crew and the whip-poor-wills sung their usual serenade; the people had to light candles in their houses to enable them to see to carry on their usual business; the night was as uncommonly dark as the day was. 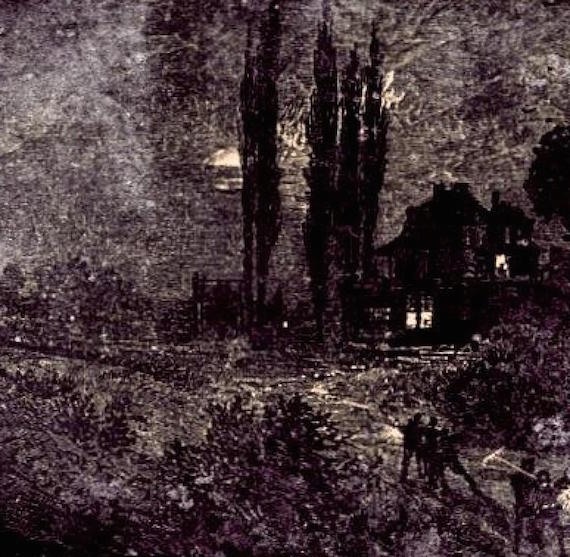 At the time it all caused a good amount of panic and unrest in the populace, further fueled by apocalyptic revelations spewed forth by clergymen and the religious. For the mostly deeply religious people of the area this was a catastrophe, a sure sign of the impending apocalypse, and this plus the lack of long range communications at the time meant that soon enough there was a minor mass hysteria going on in the afflicted areas. What became known as “New England’s Dark Day” continued to stoke speculation and fear for the next full day, with the stars, sun, and moon completely blotted out until the next night. The panic was such that the 19th century poet John Greenleaf Whittier would later write of it:

Over the fresh earth and the heaven of noon,/ A horror of great darkness, like the night/ … The low-hung sky/ Was black with ominous clouds, save where its rim/ Was fringed with a dull glow, like that which climbs/ The crater's sides from the red hell below./ Birds ceased to sing, and all the barn-yard fowls/ Roosted; the cattle at the pasture bars/ Lowed, and looked homeward; bats on leathern wings/ Flitted abroad; the sounds of labor died;/Men prayed, and women wept; all ears grew sharp/ To hear the doom-blast of the trumpet shatter.

When it all lifted, the populace was left wondering just what it was they had experienced, and it has remained largely a mystery until this day. There have been many theories as to what caused the mysterious dark day, with past ideas ranging from a solar eclipse to a volcanic eruption, yet most of these have since been ruled out. The main modern idea is that it was caused by a combination of fog, cloud cover, and the thick smoke from forest fires in the immediate region. This is supported by some witness reports of witnesses detecting a strong sooty smell in the air, reports of a black rain and soot and ash buildup in bodies of water, as well as growth rings in the trees of the area that show scars signifying that a major fire did sweep through the area at the time, helped along by a drought that was sweeping the region and carried throughout the area by a prevailing low pressure system. This could have all conspired with the lack of scientific knowledge at the time to produce what to them would have seemed like the end of the world. 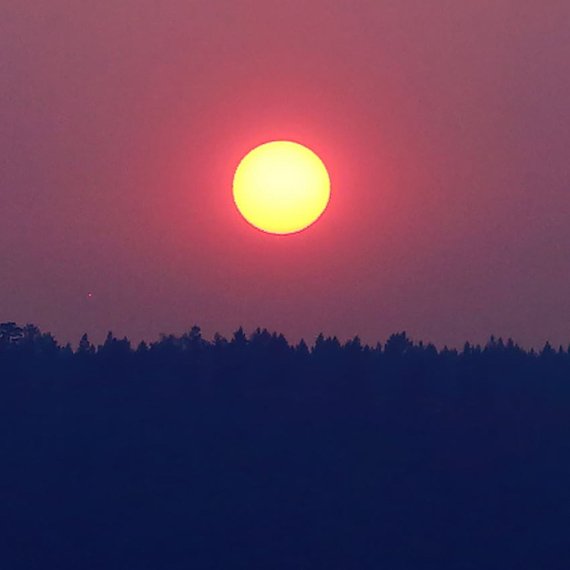 Yet despite these theories, the Dark Day of New England has never been concretely resolved to everyone's liking, and it still incites wonder and debate to this day. While there are rational explanations for this case, other reports of mysterious dark days seem to hole decidedly more mysterious origins. In 1808 there was a curious incident in the country of Sweden, at a remote rural town called Biskopsberga. The tiny village had only one road and 300 souls inhabiting it, and on May 16 of that year all of those eyes were in the sky.

The day was described as starting out as clear, cloudless, and warm, an otherwise pleasant afternoon, with farmers going about their work and the populace enjoying their daily activities. At just around noon, the day grew suddenly dark, and the sun is described as having dimmed to turn a brick red color. The day gradually darkened further until it was like twilight, with villagers able to stare directly at the dulled sun with no ill effects. It was as people milled about wondering what was going on that to the west there appeared numerous small round spheres traveling in an almost flock like formation. The spheres were described as being just several inches in diameter and having a dark brown coloration, yet as they ascended into the sky they changed to black and lost speed, after which they continued their strange journey across the sky. There seemed to be millions of the things, an endless procession that passed through the area for hours, all of them changing color and losing speed as they passed the sun and moving as if under conscious control, independent of the direction of the wind.

During this bizarre spectacle, one of the witnesses was allegedly a K.G. Wettermark, secretary of the Swedish Academy of Sciences, who would claim to have seen one of the spheres fall to earth. He would remark that as it had descended it seemed to be what looked almost like a soap bubble, and that it was constantly changing colors. When the sphere hit the ground it seemed to evaporate, and an analysis of where it had “landed” produced no evidence of anything other than a thin film of gelatinous material that quickly dried up into nothingness. It is very difficult to know what to make if this case, as there are no living witnesses, it was sparsely recorded, and the village of Biskopsberga does not even exist anymore, leaving the day it turned dark and those spheres a complete mystery. 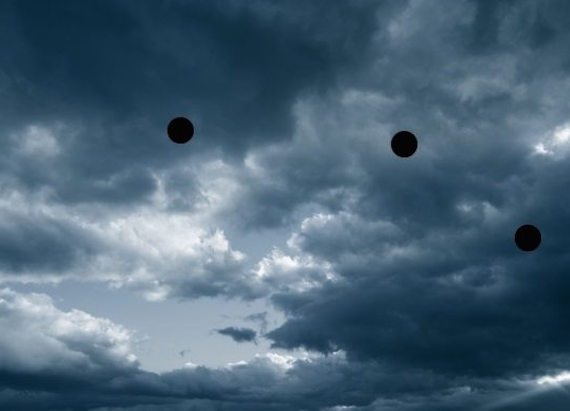 A much more recent case of strange darkening skies comes from the year 2018, when swathes of Russia’s Siberian region of Yakutia suddenly grew black in the middle of the day. Day became night, and witnesses would speak of a yellow tinge to the air during this time. The phenomenon would last for nearly four hours on what had been a clear day, and locals became understandably unsettled by it all. One resident would say of it:

Messages are going around about about a light flash registered by the US satellites, followed by increase of radioactive level and unusual activity of the military. We are never going to be told is this was true or false. This can only be explained by a UFO.

Besides frightened residents, officials in the area also began to throw in their two cents, with one later saying:

There was no dust. At first it looked like it was a strong thunderstorm coming. The air went dark, and got darker and darker, but this time unlike anything else we have seen before the darkness had a rich yellow undertone. It was very unusual. The sun turned red in Yakutsk because of the wildfires raging in the republic. We doubt the solar eclipse version. Usually weather stations and media inform everyone about eclipses in advance. And no eclipse can last this long. There was no dust. Many were coming outside, so many witnesses can confirm that there was no dust. There was no sharp decrease in air temperature either as it happened. But on that night the air dropped down to -4C. We don’t know what to think. We have no experts, and rumours keep growing. If this was linked to some kind of military tests, I would say so.

It was really dark. Usually at this time of year we have the sun really high but it was not visible at all. Not even a spot. It was totally dark. When I switched off my office light in my office there was no light coming through the window, so you can understand how dark it was. We made an official request for information on the cause) but we have had no reply. Maybe we are all infected, who knows? 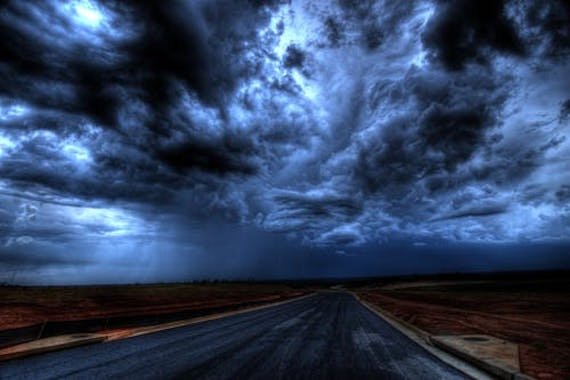 It was reported that at one point the darkness grew so absolute that the sun was not even visible anymore, sending many residents into a panic. In response to desperate pleas from local authorities for some sort of answer, it seems that the Russian government just sort of shrugged its shoulders and refused to comment, with one government official reportedly saying, “We have an opinion but I have no right to disclose this information. Anything can be supposed.” Was there some sort of cover up going on here, and if so, what were they trying to hide? Theories as to what happened in this remote, frigid land that day include UFOs, new weapons tests, a meteorite, pollution from wildfires, or a failed rocket launch, but no one really knows and no official explanation has been forthcoming. Interestingly, there were found masses of dead birds in the aftermath of the event, as well as several locals saying that their cars had died during the incident and even reports of a “blood rain,” furthering the mystery.

Here we have looked at just a few of the cases of day turning into night, of light fading to dark for no rational reason. What could be the cause of these phenomena? Is this some little understood atmospheric phenomena, smoke from fires, strange cloud activity, or something more fringe like UFOs or secret experiments? There is no way to really know, and they sere to stoke the imagination and leave us guessing at answers to mysteries that have yet to be fully explained.