Strange Phenomena and a Ghostly Lion at the Historic Howell Theater

Standing for nearly 100 years along East Grand River Ave, in Howell, Michigan, is the Historic Howell Theater, which has been a fully operational theater since the 1920s, and has a history that goes back to even before that. During the Civil War the land upon which the theater sits served as an infirmary for wounded and dying soldiers during the fighting, and in later years this place would become a town square that would attract a myriad of street performers of all shapes and sizes. In 1928, the Howell Theater was first opened as a venue for vaudeville acts, expanding into stage plays and even movies over the years, becoming a popular spot within the growing city of Howell. In 2014 it underwent a modern facelift, completely renovated and outfitted with state of the art digital projectors, screens and surround sound, and expanded by two new stages by current owner Tyler DePerro. In modern times it is known for its offbeat events and screenings of all manner of independent, classic, arthouse, contemporary, international, silent, family, and local films, as well as hosting various film festivals and other events such as concerts and storytelling events, and the theater has also accrued a reputation for being quite haunted, with spooks of all kinds, including that of a lion.

According to employees and visitors to the theater, there are various paranormal phenomena that occur here, such as doors slamming shut, shadow figures lurking about the aisles and on stage, also often seen up in the projection room, disembodied voices or footsteps, and being brushed or poked by unseen hands. Such stories began as rumors, until locally the theater became known as a haunted place, with people coming as much to experience some sort of paranormal activity as to see a show, and owner DePerro has never shied away from this, openly admitting that most people who have worked there has had at east one strange experience they cannot explain.

It is this level of intense ghostly phenomena that has attracted paranormal researchers to the theater, and the most prominent organization that has really put this place on the map as a haunted place is a group called the Portal Paranormal Society, founded in 2009 by husband and wife team Ken and Jen Suminski. The team has launched many paranormal investigations of the theater, with Ken saying of this place in an interview with The Main Four:

The theater is haunted. There are all kinds of things that happen there.The theater is a very interesting venue for us. In addition to the usual EVP (Electronic Voice Phenomena) captures that we get, there are many visual phenomena that present themselves there too. On our solo, (non-public), hunt we observed quite a bit of shadow activity which we thought occurred at a higher than usual rate.

The team has apparently not been disappointed with the sheer amount of activity supposedly going on here, documenting shadow people, doors slammed so hard they break hinges, abundant EVP (Electronic Voice Phenomena) activity, and unusual mood swings that will overcome them for no apparent reason, as if they are reflecting the emotions of some outside force. They have also apparently been successful in communicating with some of the spirits, of which Suminski says:

They will usually talk to us. Shadow activity seems to happen every time. We get all manners of answers from them — some choose to be there, some are compelled to be there, some have gone into other buildings on Grand River, including the opera house and a restaurant. 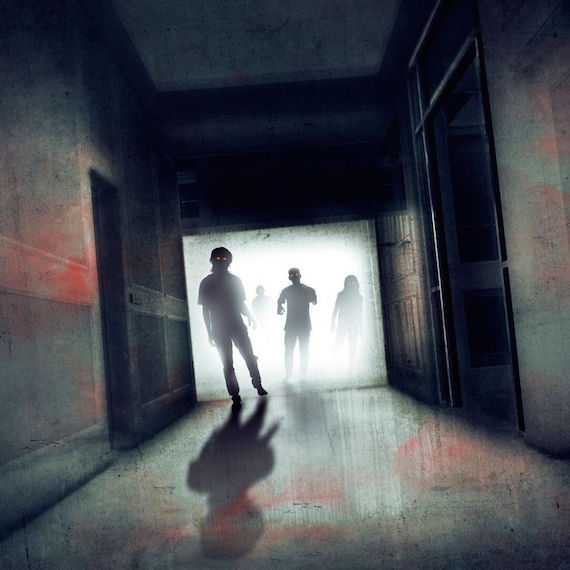 The ghosts will also often give their names, and while all of this is very interesting, one of the oddest spectral inhabitants of the theater isn’t even a human at all, but rather a lion. The story goes that back in the 1900s when it was still a vaudeville theater a circus came to town to perform a show there, and one of the attractions was an act with a lion called Pete. Sadly, Pete died while the circus was there, and not knowing what to do with the body it was decided to bury it in a plot behind the theater, where it apparently remains to this day. Ever since, the ghost of Pete the lion supposedly roams the premises, usually benign but sometimes described as grumpy and emitting a low growl. Ken Suminki says of Pete the lion and one of his team’s more intense experiences with the ghost lion of Howell Theater:

As far as the extreme activity goes we all observed what appeared to be a shadow figure of some sort of animal run down the main aisle of Theater 2 and leap at fellow group founder Jen Main. I was seated in the aisle and saw it fly past me on it’s way to Jen who was seated on the stage directly in the path of the aisle. I noticed something about 4-1/2 -feet long and low move past me. I started to yell ‘look out,’ but Jen saw it as it leapt up at her and then vanished.

According to our research a circus lion died while in town for a show. We know that reports said it was buried behind the theater and as far as we know it is still there. Could this shadowy figure have been that lion stalking and charging Jen? We like to think so. One thing is for sure, no less than 4 of us witnessed this event and could not come up with a rational explanation.

Reviewing their audio recordings of the event afterwards, they claim that a low growl can be heard as an EVP phenomenon, a sound that they cannot explain. It is not only the Portal Paranormal crew who have experienced such dramatic encounters with Pete the Lion. Paranormal researcher and writer Shetan Noir visited the theater and had a very up close and personal encounter with the spectral beast, which started out as a wave of tightness and pressure in their shoulder and chest area as they investigated the area where the lion supposedly always slept in life. Noir guessed that this was a sign the lion was near, perhaps caused by its low growl, and she says in her intriguing article on the incident in Supernatural Magazine of what happened next:

Sitting on the cold dark stage, I softly called to Pete and asked him to gently make his presence known before I sang him the song the lion sleeps tonight by the Tokens. My reward was my K2 meter lighting up repeatedly and the pendulum a fellow team was using being batted wildly by an unseen paw, similar to a kitten slapping a feather on a string. I ask questions and get little flashes of light on my K2 meter. 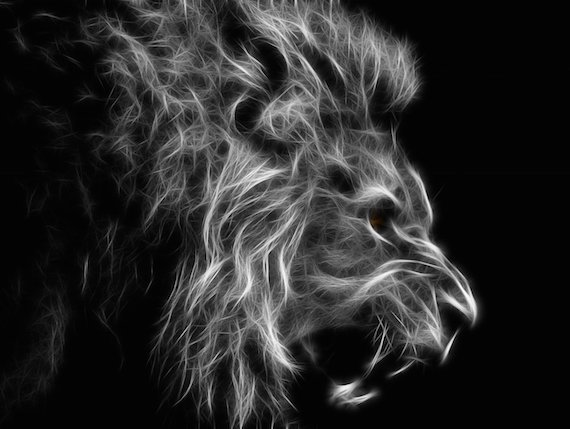 She would keep up this conversation with the ghostly big cat for several minutes, getting responses on her K2 meter until she told the animal it was alright to get back to his nap, after which the meter went dark and the team departed. This encounter was verified by a commenter named Maureen Spaulding, who says that she had been there at the time, and that it had been witnessed by others. She says of the bizarre event:

I was with the author during this ghost hunt and she had a link to Pete. She spoke to him, sang to him and he responded! It was lovely to see a human bond with an animal especially the spirit of a big cat. I've been many locations that claim to have a spirit of an animal but this one made a new friend and therefore made itself known.

A ghost lion is certainly an eclectic addition to an already seemingly very haunted place, and one wonders why this animal might remain tethered to this place. The Howell Theater is certainly a unique and interesting addition to the many haunted places of the world, and it is easily accessible for screenings of movies, tours, or even the annual ghost hunts that the Portal Paranormal Society holds on the premises. If you ever get a chance, go check it out, you never know what you might find.