A new year (and decade!) is coming to an end, and with it the promise that 2019 was gonna be "the year of Disclosure." You'd think that by now UFO buffs would have gotten tired of all these failed predictions (anyone remembers when Obama was going to be "the Disclosure president"?) but NOPE; they'll just continue to erase their blackboards to change the date.

Among the younger members of the UFO research community (a.k.a. UFO Twitter) I've acquired a reputation of being a negative influence who's actually standing in the way of Disclosure(!), because through my writing I often question the motives and narrative of those groups who keep telling us the days of the 'UFO coverup' are numbered, and that it won't be long until the entire world learns the truth about the alien presence on our planet. And to those who think the leaked Navy UFO videos we've all been talking about ad-nauseam for the last two years are proof this time is 'for realsies', may I remind that not only has the Navy never admitted these 'UAPs' are of non-human origin (that's why they conveniently keep the 'U' in all these acronyms, you see) but also that those sort of news are actually nothing new. Also, don't forget the 'new' guidelines issued by the Navy for the reporting of UAP sightings will impede those reports from being shared publicly; so I for one am not sure if this move toward an official stance that "UFOs are real, but we can't talk about them" is much of an improvement. 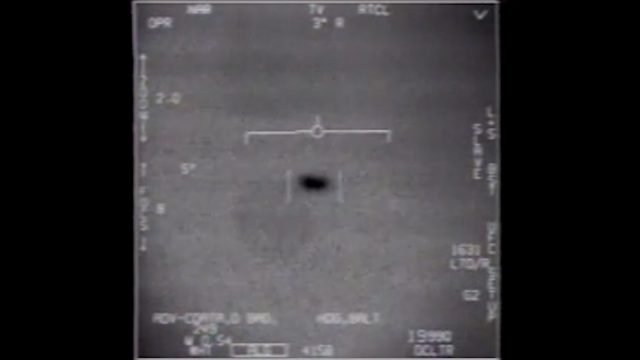 Yes, I've become quite the grumpy, antagonistic feature among Tom DeLonge's fanboys, haven't I? But truth be told, my dear Coppertops, is that back when I was young I used to be just like them! Like many people with an active interest in this phenomenon, I started out fully convinced that UFOs were extraterrestrial vehicles visiting Earth --possibly for exploratory and scientific purposes, just like in Star Trek-- and that sooner rather than later the ETs would land and establish open contact with mankind. Over the years there have been several events and circumstances in my life, which slowly convinced me the truth about the UFO mystery couldn't be simply explained as space visitors in metal craft, and also that we shouldn't be too eager in trusting self-proclaimed prophets who herald the arrival of our 'space brothers'; one of those circumstances, curiously enough, happened around this time of year (new year's eve) which is why I would like to share it with you.

Our little anecdote starts in the early 90's, when I was a teenager fresh out of high-school. I wish I could convey to you what it was like growing up in Mexico during those days: like many Latin American nations, my country has always been very receptive to the UFO phenomenon since the first reports started to appear in the newspapers during the late 40's and early 50's; but after the summer of 1991 --when there was a series of UFO sightings over Mexico City and Puebla during a solar eclipse-- the whole atmosphere was buzzing with UFOmania! Reports of new sightings were coming in almost every week, and a young reporter named Jaime Maussan (name ring a bell?) was regularly invited to appear in front of the cameras to show the latest UFO videos on primetime TV.

Whenever those TV shows had a live audience, you'd see most of them would comprise of enthusiastic youngsters just like me (most of them men, too) who would cheer and clap whenever Maussan had a chance to grab the microphone, and explain how the increase in sightings meant Mexico had undoubtedly been chosen by the extraterrestrials in order to reveal themselves to humanity, and start a new era marked by the eclipse of '91 --"the 6th Sun," according to Maussan's particular interpretation of Mesoamerican myths.Those same young adults in the audience would also boo, whenever one of the de-rigueur skeptics invited to the panel by the show host would try and debunk Maussan's claims or his evidence; it was almost like watching a surreal version of lucha libre.

I was desperate to get more UFO information aside from whatever I could pick up in the airwaves, so it was very auspicious when one Saturday during the winter of '92 (or was it '93?) I discovered there was going to be a small UFO congress very close to where I lived, so I excitedly forked in the price of admittance. Alas, aside from the appearance of Pedro Ferriz Santacruz (the father of Mexican UFOlogy, and the one responsible for the first international UFO Congress at Acapulco in 1977) most of the speakers gave lackluster presentations --whenever they weren't attacking each other-- or showed the same old videos I'd already seen a thousand times on TV.

But the one thing about that congress which caught my attention, was when someone among the audience requested a microphone during a Q&A session. I was close enough to where this man was seating to recognize him as an alleged 'Contactee', who'd been occasionally invited to the same late night TV shows Maussan appeared on --along with the 'serious researchers' and the 'hardcore debunkers', producers always love to include the 'woo woos' in their programs. The name of this man has long ago faded from my memory, but not what he said when he grabbed the mike: with a stentorious voice he addressed the rest of the audience instead of the stage, and told us he had been 'authorized' to reveal that a major UFO event was going to take place during New Year's Eve, with a large fleet of flying saucers appearing over the city, and that this would be the first of many massive sightings signaling the extraterrestrials were ready to establish open contact with the people of Earth. 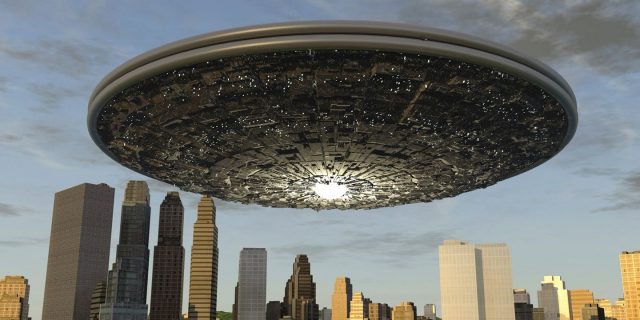 As someone who was so eager to have their 'UFO cherry' popped with their first sighting, you can probably imagine the impact caused by that announcement in my impressionable young mind. What if this guy was actually telling the truth? I'd missed the opportunity to watch the UFO during the eclipse of '91 (I was out of town because the weather reports had predicted a possibility of clouds over the city that day) so maybe this was my chance of witnessing something my heart had desired ever since I watched Spielberg's Close Encounters of the Third Kind. "What do I have to lose?" I said to myself.

And so New Year's Eve came, and as we always did for the holiday celebrations my whole family got together at the house of my uncle Fernando. All my cousins, uncles, aunts, great uncles, remaining grandparents, my parents and my sisters were there drinking wine, eating delicious appetizers, laughing and dancing. And what was young Miguel doing while his relatives were having such a wonderful time? Why, he was sitting on top of the house's rooftop, freezing his ass off, patiently waiting for that 'large fleet of flying saucers' which were supposed to appear in the sky at any moment's notice! One of my cousins who was also interested in UFOs kept me company for a little while until he got tired and went back inside --"call me if you see anything!" he said as he rejoined the party-- while I soldiered on, rubbing my hands and getting a neck strain from looking up for far too long. 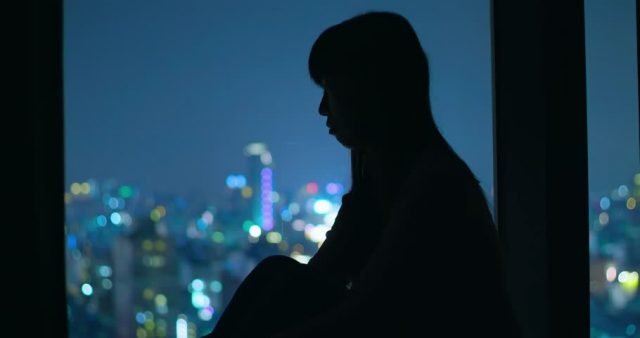 And I didn't see a god-damned thing.

I even waited until after the midnight toast and the traditional eating of the twelve grapes, which need to coincide with the twelve bell tolls from the Grand Cathedral so you get joy and prosperity for the coming year; I waited and waited, until my mom pleaded me to climb down and get some dinner. Grudgingly I acquiesced, and for all my efforts as a would-be UFO spotter I only got a runny nose, numb fingers, and a few innocent jives from some of my family members who couldn't resist making fun of my gullibility --"where are the Martians, Miguelito? Didn't they come to take you away? Ha ha!"

The next day, as we all returned for the customary 'recalentado' meal made out with the leftovers of the previous dinner, I still had enough spirit to climb up to the rooftop, just in case that pendejo Contactee had gotten the dates mixed up. Still, I saw nothing. Over the next few days I scanned the news to see if perhaps that 'large fleet' hadn't been so large after all, and maybe the UFOs had been sighted elsewhere --Mexico City is kinda big, you know-- but the radio only mentioned reports of small metallic objects which were later determined to be mylar balloons.

I didn't understand it then, but that frustrating New Year's fubar when I was younger and more naive, ended up turning into an incredible learning experience: I slowly realized that there's a great deal of quackery involved in the field of UFOlogy, where a lot of people are seeking the opportunity of becoming the center of attention by making wild uncorroborated claims, or by showing shoddy evidence just because they have a need to keep their fans interested. And later, when I was introduced to the writings of Vallee and Keel, I also learned the deception not only comes from human charlatans, but from the phenomenon itself. 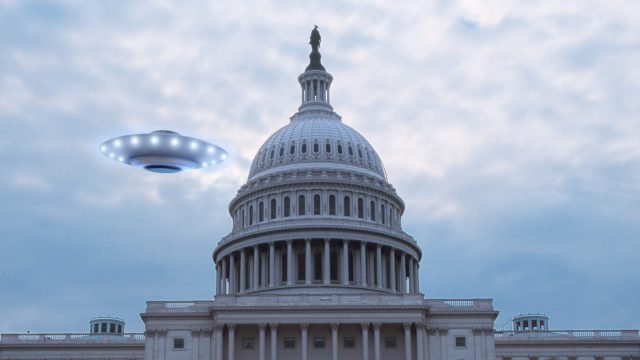 So the moral of the story, to all the rookie UFO buffs who may be reading these lines: Be wary of those who give you a specific date for 'Disclosure' or the arrival of the galactic federation's fleet to our planet, because those predictions have been made plenty of times in the past and they have always --ALWAYS-- failed.

...And if those 'insiders' or self-proclaimed alien ambassadors also happen to ask for your money, grab your wallet and Naruto-run the hell out of there!

‘Star Wars: The Rise of Skywalker’ is Giving People Seizures