The Bizarre Vanishing of Diane Augat

History is filled with numerous mysterious vanishings that have never been solved. These cases are always surrounded by vast mysteries and weird clues, and there is a huge number of them that have just fizzled out to become cold cases that lie out in the periphery, dead and waiting for any hint of a lead to resurrect their plights. One such case is that of a troubled young woman, who one day set out on a journey past the point of no return, to leave bizarre clues and chilling leads in her wake but no answers.

Diane Louise Augat had already had a rather tough time of life before the strange and macabre events that were looming on the horizon. In the 1980s the then 30 year-old stay at home mom was diagnosed with severe bipolar disorder, a mental illness that causes ferociously steep and often sudden mood swings, and to make matters worse she was known to often forget to take her medication. By all accounts she was quite the wreck during these years, which led to her being arrested numerous times, her marriage disintegrating, losing custody of her three children, and her spiral into drug and alcohol abuse. She would be institutionalized dozens of times over the years, and finally found some semblance of peace when she moved in with her sister, Deborah Cronin, at her home in the town of Hudson, Florida, about 20 miles northwest of Diane’s own house in Odessa. Things then seemed to return to some semblance of normalcy, but they were all about to take a turn for the mysterious.

On April 10, 1998, Augat left the house at approximately 11 AM on an unspecified errand. She had seemed in good spirits in the previous days, and there was nothing to indicate that anything was wrong, but by that evening she still had not returned. No one had any idea where she had gotten off to, but there were various witnesses who claimed to have seen her after leaving the home. A bartender at the Hay Loft Tavern at Little Road and State Road 52 reported that the woman had come in for a few drinks, and that he had stopped serving her after she began acting drunk and walking in circles. There was also a report of a motorist seeing her forlornly walking north on U.S. Route 19 later that same day, and on April 14 a waitress said she had seen the woman eating lunch at the Inn on the Gulf hotel, and as far as anyone knows, this would be the last time anyone would see her alive, with her seeming to have stepped off the face of the earth after this. Yet ominous clues would begin to trickle in suggesting that something very bad was happening.

On the same evening of the last known sighting of Augat, her mother came home to find a shocking voicemail on her phone’s answering machine. The mother, Mildred Young, played back the recording to hear the nightmarish sounds of what appeared to be a struggle of some sort, during which Augat’s voice could be clearly heard to shout “Help, help! Let me out!” which was answered by a gruff voice commanding “Hey, gimme that!” before the line goes dead. A look at the caller ID was able to mark it as coming from a place called “Starlight,” in Odessa, but calling the number back was futile, no one picking up. Weirdly, when authorities investigated this lead they would find no business called Starlight in Odessa, although there were six establishments with that name within a 45-mile radius. However, detectives working the case were never able to trace exactly where the call had come from.

This would be the last lead until April 15, when a woman walking along US 19 made the creepy and morbid discovery of a severed finger just lying there in the dust and dirt by the side of the road. At the time, the woman just let it lie, but the next day her boyfriend went back to retrieve it after hearing about it from his girlfriend and realizing it might be important. Police collected the finger and were able to determine that it had been the right middle finger of a woman, with fingerprint analysis revealing that that woman was in fact Diane Augat. There was an immediate search launched for any other body parts in the vicinity, but none were found, just that lone disembodied middle finger left out there for reasons unknown. The odd and rather macabre discoveries continued when 2 weeks later a plastic bag filled with neatly folded clothing belonging to the missing Augat was found stashed in the outdoor freezer of a convenience store in Odessa, just a mile from Diane’s home. How did they get there? No one had a clue.

This would be the end of it for a while, with the case hitting a dead end for the next 2 years, until in 2000, when Diane’s brother’s girlfriend would make a new, quite horrifying discovery. At another convenience store in Pasco, Florida, he found within a freezer a ziplock bag with the word “Diane” scrawled upon it, and which contained pink lipstick, eyeliner, a container of generic toothpaste, and a bottle of perfume. It could not be determined of these really had belonged to Diane, but her mother said they were hers, and it was seen as a possible new lead. However, why had these items been dumped in a freezer and why hadn’t they been found for 2 years? It does seem pretty strange that this discovery was made right after an article in the St. Petersburg Time appeared on the case, and it does seem to be an incredible coincidence that Diane’s brother’s girlfriend should be the one to find it, but they were never pursued as persons of interest. 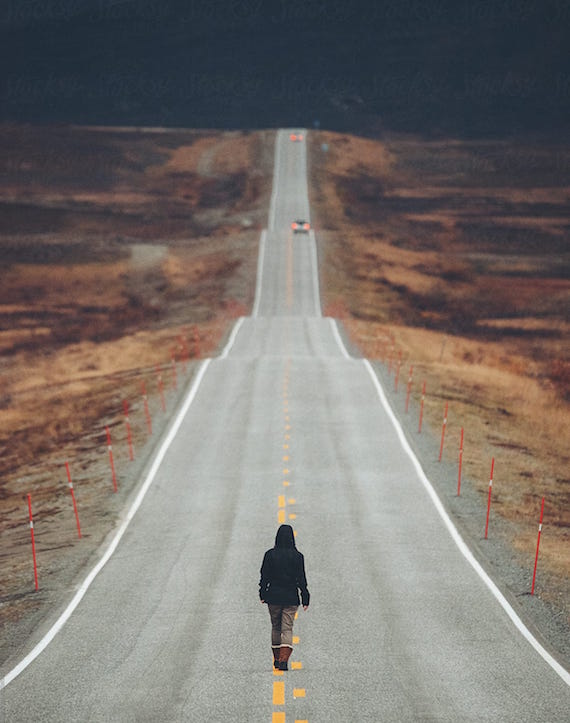 Not long after this another witness came forward with a belated report that placed Augat at the Coral Sands Motel on US 19 and Maryland Avenue on the day the mother had received that sinister voicemail, and authorities jumped on this. It was found that the owner of the motel, a Gary Robert Evers, had been accused of killing someone after an argument, and he became the only suspect then or since in the vanishing of Augat. Yet, there has never been any evidence to solidly link him to it all and he has never been charged with anything related to Augat’s disappearance. No other clues or leads have ever come in, no new suspects, and the case has gone completely cold.

We are left to wonder, just what did happen to Diane Augat? It has been found that she had been discharged from psychiatric care just two weeks before her vanishing, and had failed to take her medication on the day of going missing. In addition, she is known to have not taken her medication with her when she left her home on that fateful morning, so considering all of this it has been surmised that she may have had some sort of mental break. After all, this was a seriously mentally disturbed woman who was not taking her meds, so it seems plausible that she would have an episode that could lead to her running off. However, how does that fit in with the severed finger and the clothes and other personal belongings in those freezers? Why would those be there? Surely they were intentionally placed there, but by who and why?

Another idea is that she was kidnapped, as Augat was apparently notorious for being very trusting with men she didn’t know, but even if that were the case why would they taunt the family like that? What was with that phone call and the finger on the road, the things in the freezer? Where was “Starlight”? Was she killed, kidnapped, or did she just run off to fade away? No one really knows, and the clues and pieces of the puzzle have never really added up. In the end we are left with a bizarre vanishing orbited by mysterious clues that remains a chilling case totally unsolved over two decades later, and may remain so forevermore.