The Contactees and Their (Probably Vision-Driven) Encounters

Long before there were Alien Abductees, there were the Contactees. They were the people chosen to spread the word by what became known as the "Space Brothers." The "word" meaning: peace, love and understanding. In other words, the aliens were here to help us - provided we followed their slightly bullying agenda. While reports of - and encounters with - these very human-looking, long-haired, jumpsuit-wearing aliens were at their height in the 1950s, reports predated that era and still occasionally surface. The Space Brothers would target people in isolated locations - very often desert environments in the United States - and encourage them to share their experiences, write books, and go on the lecture circuit. So many of these people did exactly that. They included George Adamski, Dana Howard, Howard Menger, George Hunt Williamson, and Orfeo Angelucci. Much has written about the Contactees, but there is one glaring issue that is so often omitted. Or, even, unknown to so many.

Most of the Contactees' experiences are assumed to have begun with the landing of a saucer-shaped craft of the kind that appeared in The Day the Earth Stood Still. That's not entirely correct, though. The reality is that many of the Contactees said that their encounters actually began with the appearances of strange balls of light (BOLs). The ships, however, would dutifully follow them. Let's take a look at what the Contactees had to say about those BOLs. We'll begin with Daniel Fry, the author of The White Sands Incident. According to Fry he first saw what looked like an "especially bright group of stars" that "seemed to beckon me." 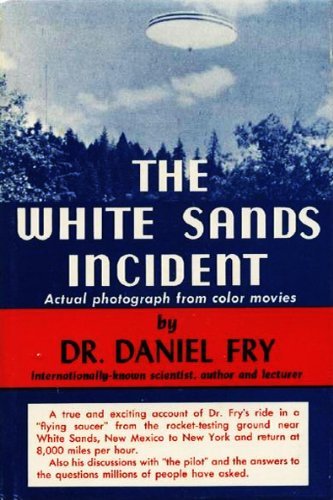 Truman Bethurum claimed amusing and outrageous encounters with a curvy, stacked-to-the-max, hot-looking babe from the stars who announced herself as Captain Aura Rhanes, of the planet Clarion. Interestingly, Bethurum said that prior to his meetings with the captain, he would often see "a small flare" or what appeared to be "a meteor falling though the starlit purple night." Orfeo Angeulcci - the author of (among others) The Secret of the Saucers - said that his main encounter with a pair of human-looking aliens involved the appearance of a red, glowing, oval-shaped light that was "about five times as large as the red portion of a traffic light." The sound of a male voice was soon heard, which was "strong," and had "well-modulated tones and speaking perfect English." The voice from the lights assured Angelucci that "they" were "friends from another world." 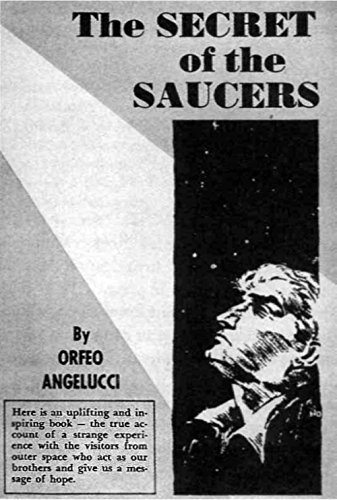 Dana Howard (who, in 1956, penned Diane: She Came from Venus) said that during one of her most significant alien encounters she saw, "...a rising glow of phosphorescence. It was very tall at first, but out of this phosphorescent substance a form began to manifest...a solid fleshy being, delicate in charm and manner." Decades ago, a man named Ralph Lael claimed amazing encounters with the Space Brothers on Brown Mountain, North Carolina. Just like those characters above, Lael reported seeing - in close proximity - eerie balls of light. In Lael's case, the BOLs were around twelve feet in circumference. Lael felt, as one of the BOLs approached him, that "it was alive and had intelligence." 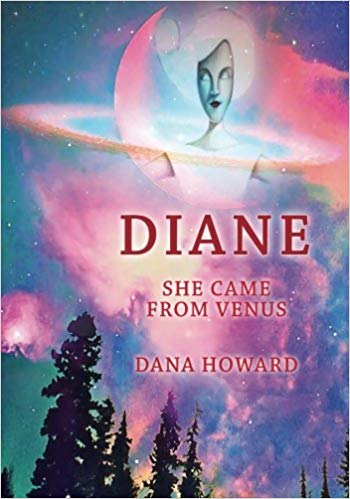 Bob Short was a Contactee who I met on several occasions - a couple of times at the UFO Congress in Laughlin, Nevada in the late 1990s, and at the Retro UFO gig, which is now no longer around. I often saw people poke fun at Bob and his Contactee-driven claims, but they shouldn't have. Bob's encounters, too, began with the sudden appearances of multiple BOLs. Bob wrote (in his book, Out of the Stars: A Message from Extraterrestrial Intelligence) that he often saw, specifically before an encounter of the Space Brother kind, "luminous ephemeral spheres of light." Bob also said that the BOLs were "so dazzling" that "the actual form behind the light is masked and cannot be scrutinized visually."

I had a few chats with Short about all of this over the years, and he pondered seriously on the scenario of the BOLs being the true alien entities - and the Space Brothers being "visions" created by the BOL intelligence. If Bob was correct, then it puts matters in a very different state. Maybe all of the genuine Contactee-type experiences occurred in vision-style; in altered state-type situations dictated by those mysterious balls of light.