The Roswell Bodies: The Biggest Change of Opinion in Ufology Ever?

In my previous article, I detailed how Kenneth Arnold - the man who ushered in the era of Flying Saucers in June 1947 - eventually changed his views on the nature of the UFO phenomenon. In Arnold's own words in the early 1960s: "After some 14 years of extensive research, it is my conclusion that the so-called unidentified flying objects that have been seen in our atmosphere are not space ships at all, but are groups and masses of living organisms that are as much a part of our atmosphere and space as the life we find in the depths of our oceans. The only major difference in the space and atmosphere organisms are that they have the natural ability to change their densities at will.” That's quite a change of opinion, to say the very least! Still on this issue of changing opinions, I'll share with you today what I think is the most spectacular (and controversial and mysterious) change of opinion in the entire history of Ufology. It all revolves around the Roswell affair of July 1947 and the U.S. Air Force.

In 1994, the USAF published a detailed report (followed by an even bigger one in 1995) stating that while the Pentagon did not believe aliens crashed at Roswell, its staff no longer believed that the cause of the event was a weather balloon. The Air Force said that what really came down was a Mogul balloon: a huge balloon array designed to monitor for early Soviet atomic test-explosions in the atmosphere. But, that's not the most amazing change of opinion I want to share with you. Yes, it relates to Roswell (directly, no less) but it is focused on a very different aspect of the mystery - that involving claims that bodies had been found at the crash site. In its 1994 report, the Air Force firmly stated that they had not addressed the matter of bodies for one specific, simple reason: Mogul balloons didn't have crews. They were completely, 100 percent unmanned. In light of the USAF's 1994 words on the bodies (or the lack of them), it was a very big surprise when, in 1997, the Air Force announced they were releasing a new report that would show bodies were found after all. They were, in reality, the Pentagon said, crash-test dummies. In other words, witness to the affair were really seeing military dummies on the ranch floor when they thought they were seeing small unusual bodies. 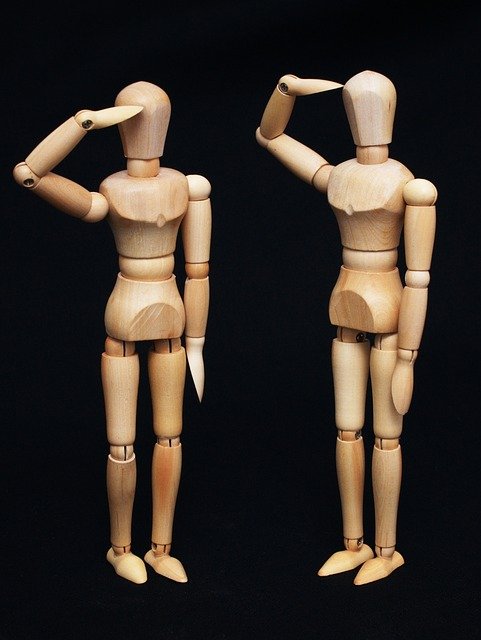 The 1997 report is a strange one. We have to wonder why the USAF even decided to publish the "dummies report." Three years earlier it had made a clear and concise statement that no bodies of any kind - human, animal or alien - were found. When the USAF changed its opinion  - and having published a new report in 1997 that, in many ways, only served to create suspicions that this was all part of an ongoing cover-up - it wasn't just UFO researchers who sat up and took notice: it was the mainstream media, too; many of who displayed doubts about the new theory. Or the new opinion. Let's see what the Air Force had to say about this massive turnaround.

The 1997 report was titled The Roswell Report: Case Closed. In the foreword to the extensive report, Sheila Widnall, who at the time was the Secretary of the Air Force, stated this: "'The 'Roswell Incident' has assumed a central place in American folklore since the events of the 1940s in a remote area of New Mexico. Because the Air Force was a major player in those events, we have played a key role in executing the General Accounting Office's tasking to uncover all records regarding that incident. Our objective throughout this inquiry has been simple and consistent: to find all the facts and bring them to light. If documents were classified, declassify them; where they were dispersed, bring them into a single source for public review. In July 1994, we completed the first step in that effort and later published The Roswell Report: Fact vs. Fiction in the New Mexico Desert. This volume represents the necessary follow-on to that first publication and contains additional material and analysis. I think that with this publication we have reached our goal of a complete and open explanation of the events that occurred in the Southwest many years ago. Beyond that achievement, this inquiry has shed fascinating light into the Air Force of that era and revitalized our appreciation for the dedication and accomplishments of the men and women of that time. As we celebrate the Air Force's 50th Anniversary, it is appropriate to once again reflect on the sacrifices made by so many to make ours the finest air and space force in history."

So, why did the USAF alter its opinion? The 1997 report includes the following: "The July 1994 Air Force report concluded that the predecessor to the U.S. Air Force, the U.S. Army Air Forces, did indeed recover material near Roswell in July 1947. This 1,000-page report methodically explains that what was recovered by the Army Air Forces was not the remnants of an extraterrestrial spacecraft and its alien crew, but debris from an Army Air Forces balloon-borne research project code named Mogul. Although Mogul components clearly accounted for the claims of 'flying saucer' debris recovered in 1947, lingering questions remained concerning anecdotal accounts that included descriptions of 'alien' bodies. The issue of 'bodies' was not discussed extensively in the 1994 report because there were not any bodies connected with events that occurred in 1947. The extensive Secretary of the Air Force-directed search of Army Air Forces and U.S. Air Force records from 1947 did not yield information that even suggested the 1947 'Roswell' events were anything other than the retrieval of the Mogul equipment." 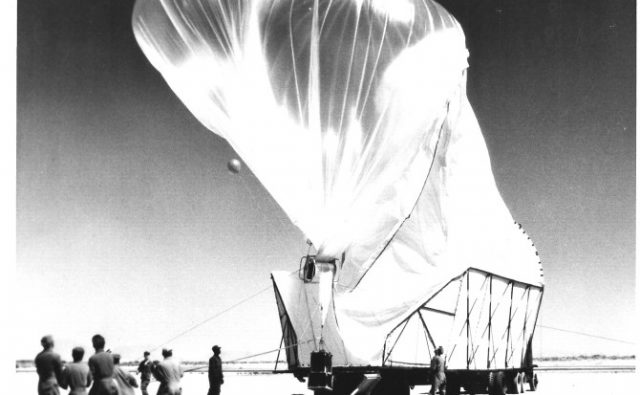 The USAF continued: "Subsequent to the 1994 report, Air Force researchers discovered information that provided a rational explanation for the alleged observations of alien bodies associated with the 'Roswell Incident.' Pursuant to the discovery, research efforts compared documented Air Force activities to the incredible claims of 'flying saucers,' 'aliens' and seemingly unusual Air Force involvement. This in-depth examination revealed that these accounts, in most instances, were of actual Air Force activities but were seriously flawed in several major areas, most notably: the Air Force operations that inspired reports of  'bodies' (in addition to being earthly in origin) did not occur in 1947. It appears that UFO proponents have failed to establish the accurate dates for these ‘alien’ observations (in some instances by more than a decade) and then erroneously linked them to the actual Project Mogul debris recovery. This report discusses the results of this further research and identifies the likely sources of the claims of 'alien' bodies. Contrary to allegations that the Air Force has engaged in a cover-up and possesses dark secrets involving the Roswell claims, some of the accounts appear to be descriptions of unclassified and widely publicized Air Force scientific achievements."

The military’s conclusions read as follows, in summarized form:  "Air Force activities which occurred over a period of many years have been consolidated and are now represented to have occurred in two or three days in July 1947. ‘Aliens’ observed in the New Mexico desert were probably anthropomorphic test dummies that were carried aloft by U.S. Air Force high altitude balloons for scientific research. The ‘unusual’ military activities in the New Mexico desert were high altitude research balloon launch and recovery operations. The reports of military units that always seemed to arrive shortly after the crash of a flying saucer to retrieve the saucer and ‘crew’ were actually accurate descriptions of Air Force personnel engaged in anthropomorphic dummy recovery operations. Claims of bodies at the Roswell Army Air Field hospital were most likely a combination of two separate incidents: 1) a 1956 KC-97 aircraft accident in which 11 Air Force members lost their lives; and, 2) a 1959 manned balloon mishap in which two Air Force pilots were injured."

The biggest change of opinion in UFO history? In my view, yes.