The “Russian Roswell UFO” Story: From Where Did It Come?

Over the years, Annie Jacobsen has written a number of good books on the matter of government secrecy. They include Surprise, Kill, Vanish; The Pentagon’s Brain; Phenomena; Operation Paperclip; and Area 51. It’s the latter title that we need to focus our attentions on today. Jacobsen’s Area 51 is a solid, insightful and illuminating study of the history and secret world of Nevada’s infamous, impenetrable base. When Area 51 was published, what really caught the attention of both the UFO research community and the nation’s media were the words that Jacobsen had received on Roswell, the world's most famous (or infamous) UFO case. It all came from a solitary whistle-blower. In the pages of her book, Jacobsen’s source for the Roswell story is not identified (although he does appear, by his real name, in other sections of the book that specifically don’t deal with Roswell). We know, though, thanks to the digging of UFO researcher Tony Bragalia that the man in question was one Alfred O’Donnell, who died on April 9, 2015, then in his nineties. Bragalia spoke with O'Donnell. Bragalia said of this: "This author has identified and located Annie Jacobsen’s anonymous source. I have also decided, after much consideration, to 'out' him. In this article I will openly name him. I have also contacted him very recently. He reluctantly spoke with me for some time. I believe that the source was indeed told this bizarre story by officials."

Bragalia then goes on to detail O'Donnell's working career. Also, Bragalia provides us with an interview that he conducted with O'Donnell on the afternoon of May 26, 2011. According to data that Alfred O’Donnell claimed he was exposed to during his time working for EG&G, what came down outside of Roswell, New Mexico in July 1947 was not a UFO from another world. Nor was it a weather-balloon or a Mogul balloon. And, apparently, there was not even a single crash-test dummy anywhere in sight. O’Donnell made the controversial and sensational claim that the craft and its crew originated in the Soviet Union. But, we’re not talking about your average aircraft. The same goes for those who were allegedly aboard it, too. O’Donnell said that Joseph Stalin – the General Secretary of the Communist Party of the Soviet Union from 1922 to 1952 and Premier from 1941 to 1953 – was the driving force behind what was, supposedly, a diabolical, manipulative plot designed to make the U.S. government and the people of the United States think that an alien invasion was underway. The purpose: to plunge America into a state of overwhelming terror. 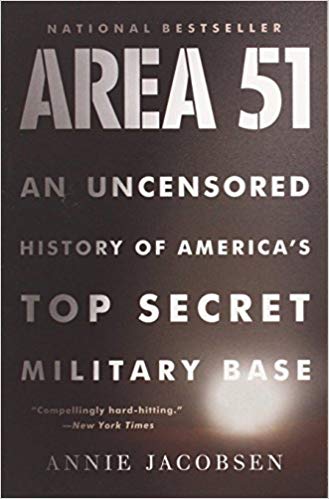 O’Donnell said that Stalin had secretly enlisted into the grim plot Dr. Josef Mengele. He was one of the vilest, evil and most deranged and dangerous figures of the 20th century. Mengele spent a great deal of his time at Auschwitz, a complex comprised of more than forty camps in then-occupied Poland, at which more than one million people died in horrible fashions at the hands of Nazi shit. Mengele had a very disturbing fascination with dwarfs, to the extent that he undertook awful experiments on them. By this point, you might have deduced where things are leading. Stalin, said O'Donnell, had a warped plan to have a number of children physically altered by Mengele and his team of doctors (although, calling them “doctors” is a disservice to doctors all around the world and throughout recorded history). They would go from looking like children to resembling something wholly unearthly. Then, there was the matter of the “alien spaceship” that Stalin needed to complete the nightmarish ruse.

So O’Donnell’s tale goes, Stalin brought in a team of experts in the field of aviation and had them create two strange-looking aircraft, both based upon the designs of a pair of aircraft engineers. They were Walter and Reimar Horten, both born in Germany; the former in 1913 and the latter in 1915. There's no doubt that during the Second World War the pair constructed some very strange aerial vehicles. According to what Annie Jacobsen was told, by 1947 Stalin’s infernal plan was just about ready to go. A glaringly obvious question needs answering: how on Earth could a number of poor, surgically-altered children fly a highly advanced aircraft all the way from Russia to the United States? Well, according to Alfred O’Donnell, they didn’t. He claimed that the vehicle the children were strapped in was actually remotely-controlled - and flown all the way to the United States, no less - by the crew of a second Horten-type craft.

The plot was for the aircraft containing the children to land in a visible location in the United States and then have the children exit the strange-looking craft and present themselves to the highest echelons of the U.S. government. The outcome: a unanimous belief that an alien invasion was about to begin, and widespread chaos and fear across the land would inevitably follow. It didn’t quite work out like that, though. As history has shown, the craft crashed rather than landed, and all of the action went down on the remote Foster Ranch, New Mexico; not on the lawns of the White House, as, perhaps, may have been the plan. And the whole thing was hastily hidden and covered up by a tale of a torn and tattered weather-balloon.

There's no doubt that this saga is filled to the brim with controversy. But, where did it come from? Yes, we know that Annie Jacobsen was told the story by Alfred O'Donnell. What we don't know - 100 percent fully - however, is how it all developed. My personal opinion is that O'Donnell got at least some of it from the notorious MJ12/Majestic 12 documents. In my 2019 book, Flying Saucers from the Kremlin: UFOs, Russian Meddling & Cold War Secrets, I provided data that strongly suggests the Soviets were secretly behind at least some of the MJ12 papers. The reason: disinformation, psychological warfare, downright Soviet meddling, and outright mind-fucking. One of those documents, which surfaced back in the 1990s, is titled "Interplanetary Phenomenon Unit Summary." There are a few points within the summary document that make me think O'Donnell had access to this document - and, probably, to other MJ12 forgeries that we, the public, still have yet to see - and which led to the story he told to Jacobsen.

The IPU summary states that on "...3 July 47, radar stations in east Texas and White Stands Proving Ground, N.M., tracked two unidentified aircraft until both dropped off radar." So, we have the "two aircraft" scenario that O'Donnell provided to Jacobsen. But, we are not done. Nowhere near. Now, let's address the matter of the "aliens," or the altered children - take your pick. Still with the IPU summary paper, we are told the following concerning the bodies: "From what descriptions the team was able to learn and from photographs taken by intelligence photographers, the occupants appear in most respects human with some anatomical differences in the head, eyes, hands and feet. They have a slight build about five feet tall, with grayish-pink skin color. They have no hair on their bodies and clothed with a tight fitting flight suit that appears to be fire proof (some of the bodies looked as if they had been burned on head and hands). Their overall stature reminds one of young children. It is believed that there were male and female genders present, but hard to distinguish." 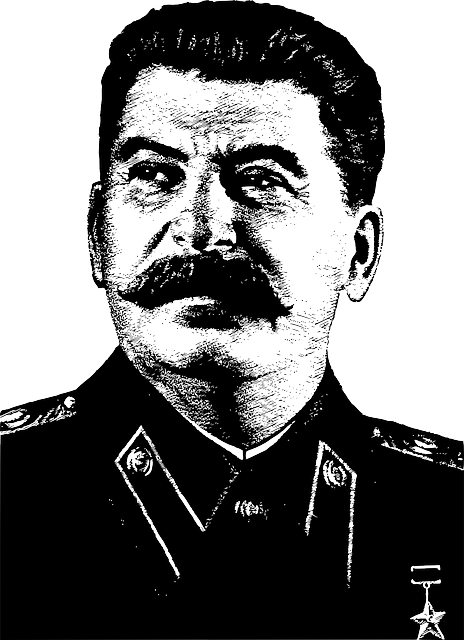 It's important to note that the words "young children" are specifically underlined in the IPU document. I believe, and I conclude, that those words "young children" were underlined in the document for a purpose. They were meant to stand out. My view is that the purpose was to sow the seeds of the rumors that the "crew" just might have been children. Or, at the very least, to have people muse upon that theory, and based on those underlined words. By being underlined, those two words stand out, which - as I see it - was clearly the point. Not only that, as the IPU document gets near to its end there are these words from the unnamed creator of the paperwork: "Our assessment of this investigation rests on two assumptions: 1) Either this discovery was an elaborate and well orchestrated hoax (maybe by the Russians), or; 2) Our country has played host to beings from another planet." So, we have yet another aspect of O'Donnell's story brought to the fore: that of the possibility that the whole thing was a "well orchestrated hoax" of the Soviet Union. That, of course, is the absolute thrust of the story told in Annie Jacobsen's book.

All of the main ingredients of O'Donnell's story can be found in the "Interplanetary Phenomenon Unit Summary." Within that summary are (A) the reference to two craft; (B) the conclusion that the "overall stature" of the beings "reminds one of young children;" and (C) the theory (or the possibility) that the Russians had pulled off a strange and very disturbing "hoax." Moreover, point (C) suggests that those in the know had spent time looking at the Russian hoax scenario. We cannot fail to see that Alfred O'Donnell told a long and winding story to Annie Jacobsen that absolutely mirrored certain key issues contained within the IPU material.

My conclusion is that O'Donnell didn't fabricate anything. I conclude that he saw the IPU document long before it surfaced into the public domain in the 1990s. I believe he honestly shared his story with Annie Jacobsen as he recalled it. And I believe Annie Jacobsen told the story - 100 percent accurately - as it was told to her. And, taking into consideration the fact that the same document is referred to as only being a "summary," it makes me think that O'Donnell very likely saw a much bigger and far more detailed report  than the 6-page summary that I have quoted from. Somewhere, I suggest, a far lengthier IPU report is hidden away. But, here's the most important thing of all: it won't tell any truths. None of the documentation does. And none of it ever will. The IPU papers amount to a complicated and controversial creation of Soviet experts who worked in the fields of psychological warfare, counterintelligence and disinformation. O'Donnell totally bought into the document and its contents, rather than dismissing it as a Soviet-created hoaxed document. Ironically, and somewhat confusingly, U.S. intelligence may also have decided to use the Russian angle, as a means to hide what really happened at Roswell; something else that would have led O'Donnell to conclude that the Roswell enigma had Soviet origins. And, the rest is history, as they say.

La Llorona and Other Spooky Tales and Accounts of Wailing Spirits