Twins have long had stories of strangeness surrounding them. There is a certain allure to them that has sprung stories of psychic connections, shared experiences, and interconnected lives. Scientists are very interested in such possible links between these twins, and throughout history there have been some truly amazing stories of twins and their odd synchronicity. Yet every once in a while there is a weird tale of twins case that manages to truly stir up speculation and debate, and one of these is surely that of the Jim Twins of Ohio.

In 1940 two twin boys were born in Ohio and subsequently put up for adoption at a mere three weeks of age. One of the babies was adopted by the Lewis family in Lima, Ohio, and the other by the Springer family of Piqua, a mere 40 miles away. In some sort of oversight, the parents of each respective family were oddly told that there had been a twin, but that it had died at birth, and so the boys grew up unaware that their other half even existed at all. The only hint that something was amiss was when Mrs. Lewis was at the courthouse filing paperwork for the adoption and received the cryptic statement from an employee stating that the "other one" had been named Jim too. No other information was forthcoming, and so she raised her son with a sneaking suspicion that his brother was perhaps not dead at all, but rather out there somewhere.

In later years, when Jim Lewis was 39 years old, that nagging little hint would finally become too much to bear, and so he went about seeing if his twin was really alive. After some digging and going through records at the probate court, Lewis was able to find out that indeed he did have a living twin, also named James, and not only that but he lived just a mere 40 miles away. After contacting the Springers and talking with his brother on the phone, the two long lost brothers were finally reunited in a tearful reunion in 1979, where all present would be surprised at not only their uncanny physical resemblance, being the exact same height and weight, as well as the fact that they had both been named James, but also that in an eerie string of astonishing coincidences it would seem they had more or less lived the same exact life.

It would turn out that both of them had grown up with a dog named Toy, and both of them had each been married twice, in both cases the first wife being named Linda and the second wife called Betty, to which they both often left post it messages around the house for. They both had sons, one of them named Jim Allan and the other called Jim Alan, both had pursued law enforcement training and had held part-time posts in the profession, one being a security guard and the other a sheriff’s deputy, and both men had strong talent in and affinities for mechanical drawing and carpentry. Both Lewis and Springer drove light-blue Chevrolets, and both families went every year on vacation to the same beach in Florida. They also both smoked the same brand of cigarettes, drank the same brand of beer, and both men were nail biters and had problems with migraine headaches.

These incredible similarities in two twins who had never known each other until well into adulthood were so shocking that they caught the attention of Thomas Bouchard, Jr., a psychologist at the University of Minnesota, who had been involved in an ongoing study of twins called The Minnesota Twin Study. As well as researching the medical and psychological characteristics of twins, the team had been monitoring differences between identical twins and fraternal twins reared together and those reared apart, looking for any inexplicable similarities to show how much nature and nurture played a role in their development, and so with the “Jim Twins” they had hit a goldmine. Not only did they display astounding similarities, but they were apart the longest of any known separated twins at the time, and so were of great interest to the researchers on the project. 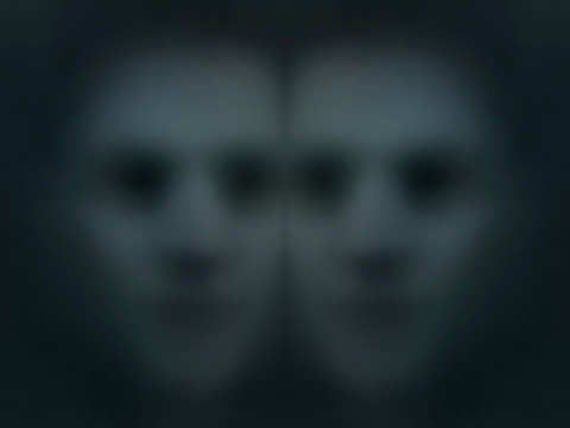 A variety of background checks, psychological tests such as personality tests and IQ tests, and interviews were carried out with Lewis and Springer, which confirmed that it was all very real and very strange. There were even new similarities found that no one had realized, including that both men had nearly the same memory capacity, spatial recognition skills, religious and moral attitudes, personality traits, and even the same IQ, leaving the scientists flabbergasted with the sheer amount of uncanny similarities. It was very much in keeping with their findings during their study of 81 pairs of twins who had been separated at birth that showed that genetics seemed to have more of an influence on mental capacity and personality than had previously thought, but with the Jim Twins it was so pronounced and beyond the norm, with similarities such as the names of their wives and kids and even childhood dogs, that it bordered on almost paranormal.

There is not much understanding on what could be going on here, and the various odd coincidences and connections to the case of the Jim Twins and other similar cases are not fully understood. What is going on here with these two and others like them? What forces connect them and make them so similar despite having never met? Are there things at play beyond our understanding which we have yet to realize or is this all random chance? Whatever you may personally think, the odd case of the Jim Twins remains one of the most compelling and flat-out strange cases of separated identical twins on record, and will probably not be fully understood for quite some time to come.