The Strange Tale of the Welsh Roswell

There are many strange reports in the world of UFO phenomena, and some of the oddest and most frustrating of all are those times when strange craft have allegedly come down to present possible evidence, only to be swept away into the mists of time to be condemned to a limbo of speculation and debate. One of these was dubbed the “Welsh Roswell,” and the weird saga begins in the Berwyn Mountains of Llandrillo, Merionethshire, Wales. Here is a remote and largely uninhabited land of moors, rugged peaks, and grassy fields, the mountains composed of six separate summits, and in 1974 this expanse of wilderness would be ground zero for one of the most intriguing and debated UFO incidents on record.

At approximately 8:30 PM on the evening of January 23, 1974, people in the quaint villages of Llandderfel and Llandrillo, were startled to hear an enormous boom and to feel the earth shake beneath them, and when looking outside the night sky was filled with a brilliant light that seemed to travel over the mountain peaks. It was terrifying for all who saw and felt it, seeming like the end of the world itself was upon them, and there were soon reports of a large fire burning on the mountainside, which was verified by police officers arriving in the area amid floods of panicked emergency calls. In the aftermath of the terrifying event, many of the witnesses, which included constables, would claim that they had actually seen the object that was responsible, described as a bright light moving towards the west with a tail trailing behind it, and there were even those who claimed that they had seen this light explode to rain burning, smoking debris down from the sky. One witness even called in to say that he had seen where the object had crashed, with a police report released by The Daily Post reading:

Saw bright red light, like coal fire red. Large perfect circle. Like a big bonfire. Could see lights above and to the right and white lights moving to bottom. Light changed colour to yellowish white and back again.

It was thought at the time that this might perhaps be a plane crash, and the Royal Air Force (RAF) scrambled to get a rescue operation out to the area. Authorities and military personnel would scour the whole area, in the end claiming to have found no evidence whatsoever of any plane wreckage or that anything had crashed at all, but witnesses knew what they had seen. Those who saw the actual incident and the aftermath of it have stood by their stories, and for the most part agree that it was not a normal plane. One local nurse named Ms. Evans would say that she had at first thought that it must have been a plane crash, but changed her mind when she saw something very bizarre on the side of the mountain that night, a light that glowed orange, red and yellow, and she says of what she witnessed:

It couldn’t have got there any other way apart from being flown there, so it had to be a UFO of some sort. I’m talking about something that could only have got there by flying and landing. We just saw this huge ball glowing and pulsating on the mountain. Some lights seemed to be scattered around it and I just wish we’d stayed to see what the end result was – whether it would just disappear or fly away. It was moon-like, but without windows or doors. I’ve never seen anything like it before or since. I have no idea what it was.

While it was not disputed that there had been a loud noise, tremors, and something seen in the sky, debate has raged ever since on what it could have been and how much the government really knows. Considering there was no wreckage found according to authorities it can’t have been a plane crash, so what was it? That largely depends on who you ask. There have been plenty of witnesses who have claimed that the military came in under cover of night to load the wreckage of a strange craft into military vehicles and drive it off, and there are even claims of seeing the military removing dead humanoid bodies from the crashed ship. The official version of events blames it all on the unlikely explanation that an earthquake that just happened to hit the region right as a comet was flying overhead, or that it had even been a rare phenomenon known as earthquake lights. However, it does not explain what many of the witnesses saw, such as in Ms. Evans’ report. So what happened here? 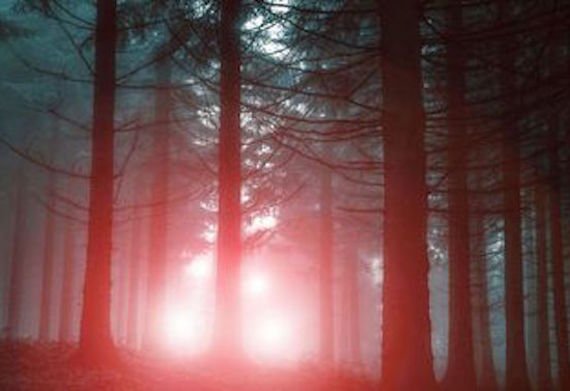 The one who has perhaps spent the most time looking into the Berwyn Mountain incident is UFO researcher Russ Kellett, who has been investigating the mysterious events for decades. According to him, it was definitely a UFO, saying, “I am convinced there was more than one UFO involved that night. All the evidence that we have uncovered over the years has consistently pointed that way.” He also says that there is an alien underwater base in the area in the waters between North Wales and Liverpool, and evidence to prove the military was up to something on that day. He points to a military operation alleged to have taken place on the very evening of the incident, which was called “Operation Photoflash.” It supposedly involved aircraft dropping at least 80 bright flashes around the North Wales coastline, and Kellet thinks there was something nefarious afoot. He explained in a statement to The Daily Post:

North Wales is deemed a hotspot for UFOs since the Berwyn Mountains incident. I have been looking very closely over this area, and something is definitely going on. There is no doubt there is an alien base under the sea on the North Wales coastline where they build all their crafts. Why would the military want or need to light up the sea with 80 photoflash bombs if they weren't looking for submersible objects? I think they knew there was a base under the sea and they did it to light up the area so they knew where to attack so they could pull the saucers out. It just seems like too much of a coincidence that this took place on exactly the same day as the Berwyn Mountains incident. I think by doing that, they kicked off one hell of a UFO incident. 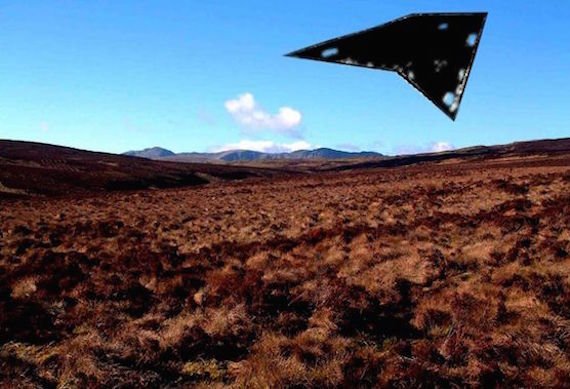 Indeed, a document from the Maritime and Coastguard Agency showing that the Coast Guard was warned by the military warning that the flashes that would be going off seems to prove that there was such an operation, but what it had to do with the Berwyn Incident and whether they were doing it to look for underwater alien bases is completely unknown. Nevertheless, Kellet believes that it had everything to do with the incident, as he says there were numerous battleships and planes involved in the exercise, and that they had actually managed to flush three UFOs out of their lair to shoot one down with fighter aircraft after an intense chase over the mountains. It was this UFO that crashed into the Berwyn Mountains, he says, after which it was whisked away by the military and covered up. He even claims to have a map of where the UFO plummeted into the earth, as well as the flight path of the fighters chasing the mysterious craft. According to Fellet, he acquired the map from some witnesses to the otherworldly event, and he explains of it and how it came to be in his possession thusly:

The five saw a strange object and got out to have a look, but the military were there and told them to leave. They moved to a better position and started to take photos. They were all friends and four were in the military during World War Two. Afterwards they started doing their own research and the map is a result of what they found out and shows the flight paths. When I was giving a talk in Bala to a packed audience around the late 1990s, early 2000s, I was given a package by them after and there were these maps in them which they had drawn up based on what they had found out from their research. It was very strange and I was a little bit spooked. I’ve carried the map around for a long time as part of my research.

We are left to wonder if there is anything to this all, and the mystery of what those witnesses really saw in the skies over Wales on that day has raged on. Was this an airplane, a spaceship from another world, an earthquake and comet, or something else? Do the answers lie out in those remote wilds or were they spirited away by the nefarious government or merely never existed at all? It seems that something happened on that fateful night, but just what that was will probably be debated for some time to come, and the case of the "Welsh Roswell" remains a perplexing unsolved mystery.