A Terrifying Alien Encounter in the Wilds of Australia

UFO encounters run the range between those of a benevolent type, and others that are more sinister in nature. Throughout accounts of such encounters one can kind find a wide range of experiences lying along this scale, to the point that it is often difficult to know what to make of it all. One very odd and frightening case supposedly played out over an expanse of the Australian Outback, and which has not been solved to this day. It is the tale of a mundane trip across the desert that would turn into a nightmare from possibly another world.

On January 20, 1988, Faye Knowles, her adult sons Patrick (24), Sean (21) and Wayne (18), and their two dogs were making their way towards Melbourne, Australia across a vast expanse of limestone bedrock called the Nullarbor Plain. The area is a remote desert moonscape of a place, with no one around for miles and other cars a rarity, so it was considered odd when in the very early morning hours a light was spotted some distance ahead, just outside of the tiny town of Mundrabilla. The light seemed to get steadily brighter as they watched it, and as they got closer they could see that it was semi-spherical or egg shaped and was most certainly not another vehicle as it was just a single bright light and seemed to be hovering in the air over that desolate expanse.

As the family struggled to comprehend what they were seeing, the strange object allegedly emitted a beam of light that swept towards their vehicle and caused the driver, Sean, to take evasive maneuvers. The beam missed the car, but this is when Sean would claim the object had begun to follow them down that lonely roadway, easily keeping pace with them no matter how fast they went. They apparently passed another car going the other direction, after which the mysterious object stopped pursuing them and followed the other vehicle. Sean the reportedly turned the car around to follow the other car and its UFO pursuer to figure out what was going on, but thought better of it and turned around yet again. The object then must have decided to go after them again, because it was soon ominously closing in on them once again.

It purportedly got brighter and closer, passing them a few times to circle around to approach again before positioning itself right above their car as the terrified family within screamed out in fright. There was then a thump on the roof, and the car slowed down as if something very heavy were sitting atop it, leading them to the horrible realization that it had actually lowered itself to make contact with the vehicle. According to the witnesses, it then issued a shrill, ear piercing sound, and Faye would say that they were overcome with the sense of something invading their minds, later saying, “It felt like something was going into our heads,” and Patrick would say “I felt like my brain was being sucked out.” They also claimed that their voices became distorted and that they moved sluggishly, as if underwater or experiencing a slowing of time itself. Things would intensify when they then felt the car physically lift off of the road, after which they were shaken violently from side to side as a grey mist filled the car and dropped back down with such force that it blew one of their tires and disabled the vehicle to leave to leave it lying in that unforgiving place like a wounded beast. Fay Knowles would say of the otherworldly encounter:

I wound down the window and I felt this thing on the roof... all of this smoke stuff started coming into the car, the car was covered in black stuff. It was a small light and all of a sudden it became big like this, like a big ball. We thought we were dying, then we got out the car and we hid behind a little tree and the bushes and it couldn't find us. 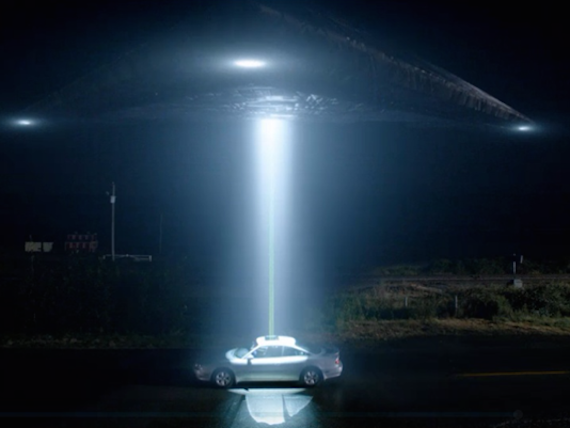 When the cowering family were sure the object was gone, they warily went back to their car, changed the tire, and got out of there as fast as they could, eventually making their way to Mundrabilla, where they excitedly told of what had happened to them. Interestingly, a trucker at the gas station there would tell them that he had also seen the strange, eerie light out over the desert as well. When their car was examined, it was found to be banged up, and both the exterior and interior covered with a fine film of black material like soot or ash that had an unusual odor like “a blown fuse.” The Knowles were able to get some truckers to go with them out to where the incident had supposedly occurred, where they allegedly found odd skid marks on the road that seemed to show that the vehicle has been dragged sideways by some powerful force, making it all even stranger.

South Australian Police in Ceduna were notified, and analyses of the soot on the car would be carried out that later prove to be divisive, with some saying it was merely sand and dust particles from the desert, while others claimed that there were also traces of an explosive compound called Potassium Chlorate, as well as a radioactive chemical called Astatine. Yet another analysis found that the dust on the outside of the car and that of the interior were different. The surprising differences of these results seem like they would deserve more follow-up, but oddly the South Australia police were apparently very eager to distance themselves from it all, finish the investigation, and sweep it under the carpet, and the whole case was just sort of filed away even as it was hitting the news in a big way. This would cause Faye Knowles to lament:

We are all angry. Everybody knows that this happened to us but the people who should be concerned have just ignored it. There has been a cover-up. The government owes us and the public an explanation.

Theories on what might have happened to the Knowles family out on that lonely and forbidding stretch of road have swirled ever since, ranging from the mundane to the far-out. One idea is that they had been tired from a 13-hour car ride all night along an isolated road in the middle of nowhere, and had then perhaps misidentified some natural phenomenon in their fatigued state. This has been speculated as perhaps being a truck’s headlights in the distance or the planet Venus, that were distorted by a temperature inversion, which is basically a layer of warm air over cooler air that can cause mirages and tricks of light. However, this in no way explains their car being picked up off of the ground and dropped. 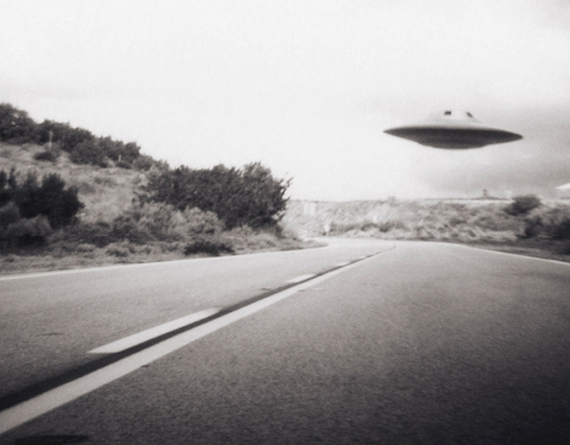 It has also been suggested that they might have experienced a meteor that just happened to disintegrate and cause a shockwave near their car, or even a rocket fired from a military base at nearby Woomera. Other theories include that they were caught in a dust storm or some sort of electromagnetic storm, but none of these really fits all of the details of the encounter. Of course there is the idea that this was an actual UFO abduction, and a possibly even weirder idea is that it was an attack by a secret government organization using a helicopter and a powerful, technologically advanced electromagnet to lift the vehicle up. Researcher William Buckley has said of this strange idea:

The attack on the Knowles family was orchestrated and carried out by a well-resourced paramilitary organization operating in Australia, using a sophisticated helicopter with specialized lifting equipment. The Knowles’ involvement was purely accidental. They were not the intended target and were attacked only because they resembled the real target group who were also travelling on the same road that night. The nature of this covert action by this paramilitary group and the importance of the assassination attempt on the real target group are now shrouded in secrecy and cover-up and nobody wants the truth to be revealed.

This is obviously a case of attempted murder of four people who were all extremely traumatised by this hour-long attack. There was plenty of forensic evidence and witnesses to prove that the family was attacked and a major police investigation should have been triggered to uncover the truth.

Not quite as interesting as any of these is the idea that the family was trying to pull an insurance scam or even that it was just a flat-out hoax. For their part, the Knowles family has always insisted that what they experienced was very real, and very frightening, and they have never sought to gain fame or large amounts of money from any of it, mostly lying low about the whole thing. What happened to this family out on that bleak stretch of road? What forces came calling for them to follow them around and terrorize them? Was this aliens, a weather phenomenon, or something else? No one really knows, and the case remains controversial and debated to this day.

Chinese Scientists Invent Robotic Worm That Will Burrow Into Your Brain