On occasion, I have heard of rumors to the effect that within the heart of the Central Intelligence Agency (CIA) there exists a powerful, elite secret society that takes a deep interest in ancient and religious artifacts. I've never (ever...EVER) been able to confirm that such a claim has any degree of reality or validity attached to it. Precisely why such a secret society within the CIA should even exist at all is as big a mystery as the legendary artifacts it has supposedly sought out since 1947 (which was the year in which the CIA was created). Nevertheless, we do have data that at least points in the direction of some official interest in the distant past (Noah's Ark is an example). In his 2009 book, A Terrible Mistake, H.P. Albarelli says: "Several heavily redacted CIA documents reveal a keen interest in the Ark of the Covenant," in the "rock at Horeb," and in "Solomon’s Temple." He also states that the CIA had an interest in the "peculiar apparatus reportedly witnessed by Ezekiel." Albarelli presents those "peculiar apparatus…" words in quotation marks, suggesting they are taken from CIA papers. Is anyone up for filing a Freedom of Information Act request for those "heavily redacted CIA documents"? With that all said, there is one story that particularly intrigues me. 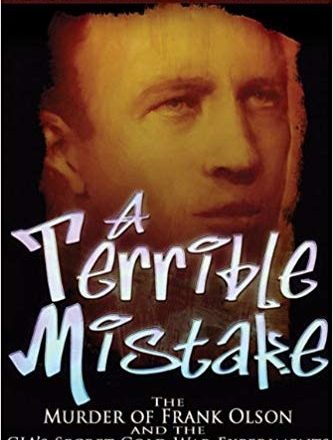 Miles Copeland was someone who spent most his career working in the shadowy world of international espionage. Prior to joining the CIA in 1947, Copeland learned his spy-craft with both the Office of Strategic Services and the Central Intelligence Group. In the post-Second World War era, Copeland spent a great deal of time in Damascus, Syria – to the extent that he soon became the CIA’s station-officer in Damascus, working out of the American Embassy. On one particular morning in the latter part of 1947, Copeland had a visitor he never forgot: it was a middle-aged man who had something under his arm – and wrapped in towels – that he dearly wanted to share with Copeland. Intrigued, Copeland invited the man into his office, at which point the man bent down on the floor, and proceeded to open the towels, as Copeland looked on. Contained within them was what Copeland could clearly see was an ancient and decaying parchment. He could also see that they closely resembled the famous Dead Sea Scrolls, which were found at Qumran, on the northern side of the Dead Sea, in early 1947, and which made major, international news.

The mysterious visitor told Copeland he wanted someone to decipher the text of the parchment – after which he suddenly said his goodbyes and left the building. He was never seen again – at least, not by Copeland or any of his colleagues. Recognizing that this was a matter of deep significance, Copeland contacted a friend of his: Kermit Roosevelt, a man who was a director of the Institute of Arab affairs and who had close ties to the CIA. Roosevelt was also someone well-versed in translating old Middle Eastern languages. In addition, Copeland took an entire reel of photographs of the extensive scroll – and then something very intriguing happened. Quite out of the blue, Copeland got a phone call from CIA headquarters, ordering him to have all the material – the parchment, the photos, and even the negatives – boxed up and sent by courier to HQ. And to discuss the matter with no-one. History has shown that Copeland stayed silent on the matter for decades. 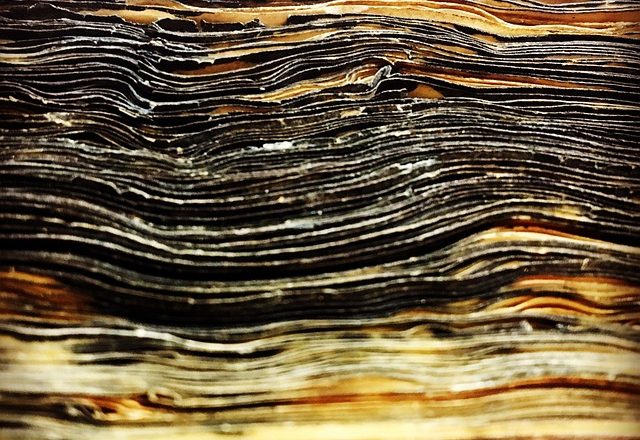 For the rest of his life, Copeland remained puzzled by the apparent secrecy surrounding this particular scroll: what was so special about it that it was considered a matter of deep concern on the part of the CIA? Or, is it just because the CIA is likely to classify anything and everything that comes its way? Probably so. Why was it seemingly seen as being far more profound than the far more famous (but almost identical) Dead Sea Scrolls? Who knows? The questions are many. Maybe they demonstrate evidence of that aforementioned hidden group. In  all likelihood, though, I would suggest that most of this strange activity - as it relates to the Dead Sea Scrolls - revolves around government bureaucracy that, over the decades, has come to be perceived as conspiracy.