Birds and the World of the Supernatural

Tales of birds and the world of the paranormal are easy to find. Some accounts, however, are far more intriguing than others. Here are a few examples that, for me, stand out. We'll begin with a man named Elliott O'Donnell, an acclaimed authority ghosts and life after death, and who penned dozens of books on supernatural phenomena. Born in 1872, he continued writing until his death in 1965, at the age of ninety-three. O’Donnell also had a deep interest in reports of strange creatures, as the following 19th century account demonstrates: “Henry Spicer, in his Strange Things Among Us, tells the story of a Captain Morgan, an honorable and vivacious gentleman, who, arriving in London in 1841, puts up for the night in a large, old-fashioned hotel. The room in which he slept was full of heavy, antique furniture, reminiscent of the days of King George I, one of the worst periods in modern English history for crime. Despite, however, his grimly suggestive surroundings, Captain Morgan quickly got into bed and was soon asleep. He was abruptly awakened by the sound of flapping, and, on looking up, he saw a huge black bird with outstretched wings and fiery red eyes perched on the rail at the foot of the four-poster bed."

The tale continues: “The creature flew at him and endeavored to peck his eyes. Captain Morgan resisted, and after a desperate struggle succeeded in driving it to a sofa in the corner of the room, where it settled down and regarded him with great fear in its eyes. Determined to destroy it, he flung himself on the top of it, when, to his surprise and terror, it immediately crumbled into nothingness. He left the house early next morning, convinced that what he had seen was a ghost, but Mr. Spicer offers no explanation as to how one should classify the phenomenon. It may have been the earth-bound spirit of the criminal or viciously inclined person who had once lived there, or it may have been the phantom of an actual bird. Either alternative is feasible. 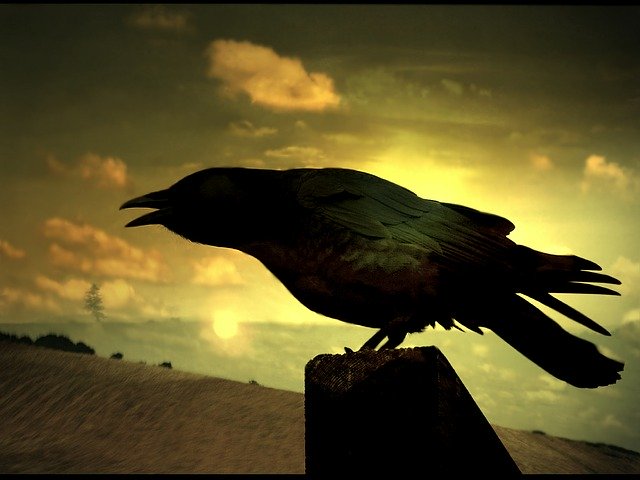 O'Donnell concluded: "I have heard there is an old house near Poole, in Dorset, and another in Essex, which were formerly haunted by spectral birds, and that as late as 1860 the phantasm of a bird, many times the size of a raven, was so frequently seen by the inmates of a house in Dean Street, Soho, that they eventually grew quite accustomed to it. “But bird hauntings are not confined to houses, and are far more often to be met with out of doors; indeed there are very few woods, and moors, and commons that are not subjected to them. I have constantly seen the spirits of all manner of birds in the parks in Dublin and London. Greenwich Park, in particular, is full of them.” Now, moving on...

The Reverend F.G. Lee was the author of a still-acclaimed 19th century book titled Glimpses in the Twilight. Published in 1888, it is filled with all manner of amazing and chilling tales, including one of a terrible, monster-bird. Lee, who extensively researched the strange story, said: “In the middle of the last century, circa 1749, owing to several remarkable circumstances which had then recently occurred, a conviction became almost universal among the inhabitants of the village, that the vaults under the church of West Drayton, near Uxbridge, were haunted.”

He continued: “Strange noises were heard in and about the sacred building, and the sexton of that day, a person utterly devoid of superstition, was on inquiry and examination compelled to admit that certain unaccountable occurrences in regard to the vault had taken place. Others maintained that three persons from an adjacent manor-house in company had gone to look through a grating in the side of the foundation of the church – for the ventilation of the vault, and from which screams and noises were heard constantly, and there had seen a very large black raven perched on one of the coffins.” 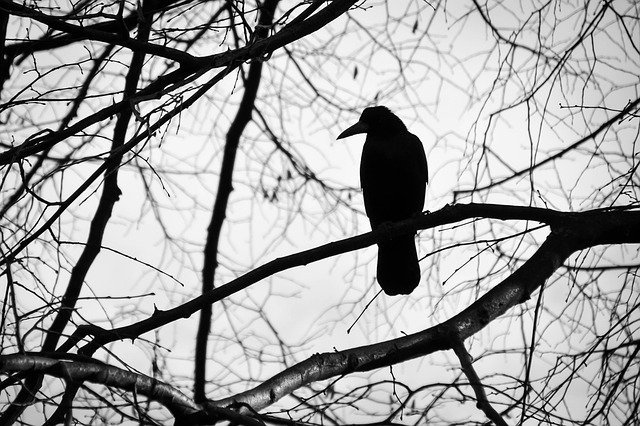 According to the Reverend Lee: “This strange bird was seen more than once by the then parish clerk pecking from within at the grating, and furiously fluttering about within the enclosed vault. On another occasion it was seen by other people in the body of the church itself. The wife of the parish clerk and her daughter often saw it.” Eventually, however, the beastly bird’s reign of terror was brought to an end, as the reverend noted:

“The local bell-ringers, who all professed to deny its existence and appearance, one evening, however, came together to ring a peal, when they were told by a youth that the big raven was flying about inside the chancel. Coming together into the church with sticks and stones and a lantern, four men and two boys found it fluttering about amongst the rafters. They gave chase to it, flinging at it, shouting at and endeavoring to catch it. Driven from hither and thither for some time, and twice or thrice beaten with a stick, so that one of its wings seemed to have thus been broken and made to droop, the bird fell down wounded with expanded wings, screaming and fluttering into the eastern part of the chancel, when two of the men on rushing towards it to secure it, and driving it into a corner, vaulted over the communion-rails, and violently proceeded to seize it. As the account stands, it at once sank wounded and exhausted on to the floor, as they believed in their certain grasp, but all of a moment – vanished!”

In relation to this particularly weird saga, the wife of Reverend R. L. Burgh, who served at the church of West Drayton in the 1800s, wrote the following to Reverend Lee: “It was many years ago; and I had quite forgotten it until I got your note. I can remember feeling persuaded that a bird must have got into the family vault, and in going outside to look into it through the iron bars to try if anything could be seen there, the sounds were then always in the chancel in the same place.” 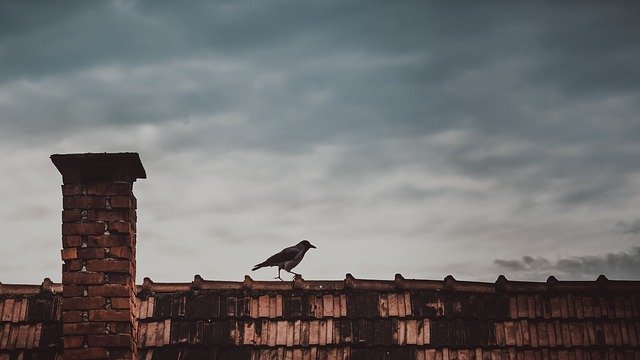 Now, it's time to share with you a story that involves me. Just like almost everyone who has lost someone, my family and I mourned a passing and celebrated a life. For me, it was when my mom died of the effects of Alzheimer's in 2010. There was, however, something very odd which occurred at the time of my mother’s death. It’s something I have never forgotten. On one particular morning, at my dad’s place in England, we were sitting in the living-room when our conversation was briefly brought to a sudden end. By a loud, single thump. It clearly came from somewhere outside. Puzzled, we took a look out back and found that a blackbird had slammed into the kitchen window and was lying on the ground. It had clearly been killed on impact. Then, the very next day, we drove to the nearby nursing-home which my mom had permanently lived in since 2002. The purpose: to thank all of the staff for their help and care over the years. Right outside the main door to the facility was a dead, brightly-feathered, small bird. We literally had to lift our feet above it to get into the building.

About a week later we had my mom’s funeral, and a few days after that it was time to fly back to the United States. Well, on getting home, what was practically on the doorstep? Yep, another dead bird. And again, it was a brightly colored one. Of course, at some point in their lives pretty much everyone stumbles on a dead bird. But, three of them, across less than two weeks? And one at my dad’s place in the U.K., one in Arlington, Texas where I live, and one at my mother’s care-home, all in the aftermath of her death? Could it have been an odd coincidence? Of course it could. I can't say I'm a full-on believer in the afterlife. I guess like a lot of us, I just don't know. I sometimes think there's something on the "other side." On other occasions, and also like others, though, I think it might be lights-out forever. But, I still occasionally think of those three dead birds after my mom's funeral.