Today's article demonstrates  - in a strange way - how the mind can provoke false memories of the UFO type. Before we get to that specific issue, however, we must first take a look at a series of books that are among my favorites. From 1990 to 1991, the late author David Bischoff penned a trilogy of novels: Abduction: The UFO Conspiracy; Deception: The UFO Conspiracy; and Revelation: The UFO Conspiracy. If you are into UFOs, cosmic cover-ups and the world of fiction (and all rolled into one), then if you have not read this great series, you really should. They are, in my opinion, the definitive UFO novels. While I won’t reveal the complete plot-line that links all three of the books – in case you plan on purchasing copies after reading this! – I will explain my enthusiasm for them. Imagine a combination of The X-Files meets The Fugitive meets Robert Ludlum meets The Invaders and you’ll have some idea of what this series is all about. Except that Bischoff’s books predate Mulder and Scully by a couple of years. 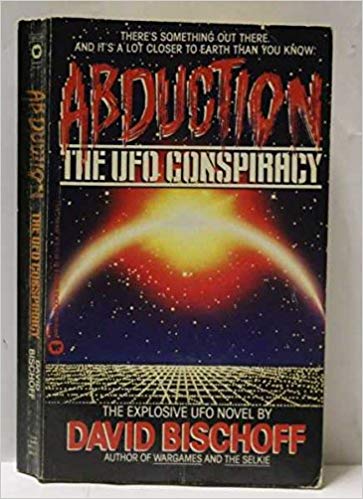 The overall theme of these highly entertaining, fictional tales is an intriguing one: a shadowy, powerful group in the U.S. government – a group that is pretty much answerable to no-one at all – has, for years, been secretly fabricating UFO incidents, and particularly so “alien abduction”-based encounters. So, does that mean there are no real aliens visiting us, after all? Well, no it does not mean that. Or maybe it does. Then again, perhaps it’s a bit of both. And that’s what makes the UFO Conspiracy series so entertaining: it keeps you on your toes and guessing from the very first page to the absolute last. As for the characters, they are a fine and equally entertaining bunch. We have maverick journalist Jake Camden (think of Mickey Rourke’s character of private-detective Harry Angel in Alan Parker’s 1987 movie, Angel Heart and that’s the closest thing you’ll get to Jake Camden). We also have Dr. Everett Scarborough, a UFO skeptic, and a best-selling author on books that the Flying Saucer faithful absolutely loathe. And there's Marsha Manning, a gutsy character who provides the romance factor for Scarborough, while Camden prefers booze-filled, coke-fueled hook-ups in motel-rooms with UFO groupies.

Now, it's time to return to the opening sentence of this article. Namely, the matter of false memories and the UFO phenomenon. A week or so before Christmas I received an email from a guy who said that he had read one of my two books on Roswell (The Roswell UFO Conspiracy) and wanted to make a few points. He said he knew that aliens came down not too far from Roswell, New Mexico in the summer of 1947. He also said that in terms of the bodies allegedly found on the Foster Ranch, they were not the large-headed, small creatures that most people associate with when it comes to the famous case. Rather, he said that the aliens at Roswell actually looked just like us, for the most part. He also said that the aliens were genetically designed so that when they died on the ranch, their bodies  decomposed extremely quickly - and, as a result, the U.S. government never had the chance to study their rapidly decaying remains. On top of that, he said that he had read all of this in one of the controversial Majestic 12 documents that surfaced from the 1980s to the 1990s; but which, oddly, he could no longer find. 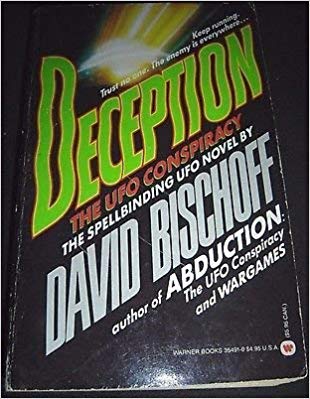 The guy assured me that this was the correct scenario for Roswell. I said he was wrong. Rather, I explained, this is the exact scenario  presented in the second novel in David Bischoff's The UFO Conspiracy series. No, I was wrong, he told me. He said he only ever read UFO non-fiction, rather than saucer-themed fiction. Well, he got back to me two days later, and lo and behold, he said that he did have these very three books - after all - on one of his many bookshelves, which he had read when they were published. While he was searching his shelves, I spent a couple of hours going through my own copies of the trilogy looking for the relevant page on the decomposing aliens. I finally found it, on page 233 of Deception. When we chatted again I told him to turn to page 233 and read it. He did. Three decades after reading Deception, and after we chatted again, he realized his error. In the early 1990s he had read Deception (and not Majestic 12-themed documents at all); but around thirty years later his mind and memories had turned the Bischoff scenario for Roswell into a real event, rather than what it really is: a fine piece of entertaining UFO conspiracy-fiction.

Of course, there was no attempt on the part of the guy to deceive me. Rather, his memories had deceived himself. It's a cautionary, UFO-themed story of how the passage of time can turn one thing into something very different.

Mysterious Modern Sightings of the Moa