Countless Ghosts Are Said To Haunt An Arizona Hotel

Numerous hotels around the world are rumored to be haunted, but Hotel Monte Vista in Flagstaff, Arizona, is one of the most active. There are so many ghosts haunting the hotel that it’s hard to keep track of them all. So, let’s jump right in with the haunting stories from this hotel.

Three men robbed a bank in 1970 and although one of them was shot by a bank guard, the three of them decided to celebrate by grabbing a drink at the hotel’s bar. The man who was shot bled to death and died in the lounge. Employees and customers have heard a disembodied voice in the lounge saying, “Good Morning!” as well as drinks and stools moving on their own.

Many people have also witnessed a ghostly couple wearing formal clothing and dancing in the Cocktail Lounge. The couple seems to be happy in their afterlife as they’re always seen smiling and laughing. 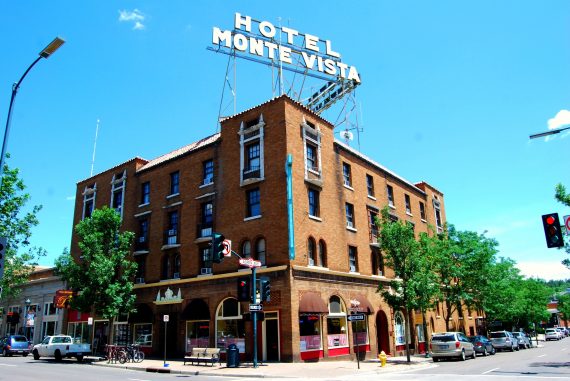 A little boy has been frequently seen roaming around the hallways of the hotel and even children have reported seeing his ghost. While some people have heard the boy’s voice as if he’s talking to his mother, others have felt him grabbing their hands. It is believed that he’s a friendly spirit who just wants to play with the children who are staying at the hotel.

Employees who work the front desk as well as several housekeepers have reported seeing a polite elevator attendant asking them “Which floor may I take you to?” and they see his ghostly hand closing the elevator “gate”.

While the spirits I just mentioned seemed to be quite friendly, the basement has an entirely different vibe. There is allegedly a shadow man who haunts the hotel’s basement and who stands behind employees as well as delivery men. Witnesses have said that the shadow figure is over six feet tall and makes them feel very uncomfortable. A crying baby has also been heard in the basement when no infants were around.

While guests were in their rooms, they heard a knock on their door with someone saying “room service” but when they opened their door, nobody was there. With the exception of room 210 where several guests had reported seeing an apparition of a bellboy in the hallway. In fact, John Wayne had allegedly witnessed the ghostly bellboy when he stayed at the hotel.

But not all of the ghosts are just wandering around the hallways and other common locations. Several of the rooms are said to be haunted as well. 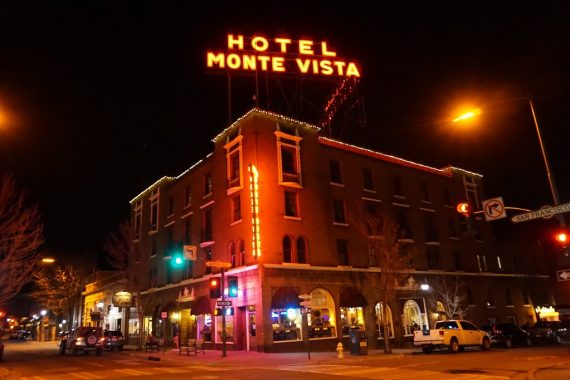 In the 1940s, two prostitutes were killed in room 306 and their bodies were thrown out of the window. Several guests who have stayed in that room claim to have been woken up in the middle of the night with the feeling of someone watching them. Men are especially affected as they often feel ghostly hands covering their mouths and throats, making it hard for them to breathe.

Room 305 is the most haunted room in the hotel. Employees and guests have seen a woman sitting in a rocking chair by the window in addition to the chair moving on its own. Others have heard unexplained knocking coming from inside of the closet. Many years ago, an elderly woman stayed in that room and would sit near the window, staring outside for many hours. Perhaps she never left...

In the 1980s, a man staying in room 220 passed away and was found three days later. When a worker was making repairs to the room, he left for a few minutes but when he returned, the television had inexplicably turned on and the volume was full blast. Additionally, the sheets on the bed were thrown all over the room. Guests who have stayed in that room claim that the television turns on by itself and they can feel cold hands touching them while they sleep.