Cryptozoology: Paranormal Things and the People Who Pursue Them

Cryptozoology is the study and pursuit of unknown animals. I have to say, though, that I much prefer the term "Monster Hunter." For me, Cryptozoology - as a title - is way too self-important and lofty. I'm sure that if you ask most people what Cryptozoology is, they won't have a clue. And, why should they? But, ask people what a monster hunter is, and they are likely to get it right. Personally, I don't need an "ology" after my name. If, however, I did, it would probably be "Beer-ology." That's definitely one I'm totally fine with. But, I digress. Let's get back to the matter of Cryptozoology. The people over at Gaia say: "According to Loren Coleman, the director of the International Cryptozoology Museum in Portland, Maine, 'cryptozoology… literally means the study of hidden or unknown animals.' If only 1.8 million of the presumed nine million species on the planet have been identified, that means there are something like 7.2 million unique animals yet to be discovered. Thus, cryptozoology, often derided as pseudo-science, is in fact a necessary and cutting-edge pursuit."

That's all good. Totally, in fact. But, what happens when some of the many cryptids that me, my friends, and my colleagues go looking for start to act in a fashion that suggests they may not be animals at all? At least, not in the way we interpret the word "animal." Take Bigfoot, for example. Most Bigfoot seekers will tell you that the creatures are unknown apes. Or surviving pockets of known, ancient apes said to be extinct. And that's it. Things become problematic, however, when those giant apes don't operate in the ways we expect them to. For example, there are reports of the Bigfoot beasts seen in close proximity to UFOs. Those who get too close to the animals report feeling disoriented. Occasionally, the Bigfoot witness will have a few seconds of what we might call "missing time." The theory is that the creatures have "zapped" the victims with a good dose of infra-sound - which is a low frequency that can affect the human nervous system to a potentially dangerous degree.

I even have a few stories of people seeking Bigfoot - only for them to vanish in a flash of light. Such cases and reports are in the absolute minority; there's no doubt about that. But, such reports do exist; like it or like it not. Arguably, if these things are just apes, there shouldn't be any reports of the weird type at all. People don't report seeing gorillas or chimpanzees vanishing in bright flashes. So, why should a USA-based ape be any different? It shouldn't. If it's just an ape, that is.

Then there are those controversial Dogmen that never seem to go away. Take a look at a drawing of the animals and the first thing you'll think of is a werewolf. Except, there is barely a Dogman case on record which involves someone shape-shifting into such a creature (not that such a thing is possible anyway). Almost exclusively, the Dogmen (and, we presume, the Dogwomen, too) appear to be nothing less than some kind of upright wolf. That would be enough to raise the eyebrows of most people. But, what happens when - as you study the cases - you stumble on a very curious trend: the Dogmen are seen at sacred sites, such as ancient mounds. They turn up at crossroads and old bridges. Cemeteries, too. These are all locations traditionally tied to paranormal activity and supernatural entities.

Moving on, how about lake monsters? Let's focus on the world's most famous creature of the deep, Nessie. Many Nessie-seekers are intent on keeping their research purely science-based. Screw that! Take a look at the overall story of Nessie and you'll see that the beast (or beasts) of the loch has more than a few paranormal aspects attached to it. Long dead Nessie pursuer Ted Holiday complained about how cameras failed to work at the crucial moments. Or, that photos came out fogged. Bad luck and ill health seems to be a part of the story, too. Aleister Crowley owned a house at the loch (Boleskine House), and at which he performed all kinds of entertaining and sinister rituals and rites. UFOs are seen over the loch. The aforementioned Ted Holiday encountered nothing less than a Man in Black at the loch in the 1970s. In my view, the best way to find the Nessies is not to hire a mini-submarine or to invest in some expensive sonar equipment. My way? To invoke the strange things. 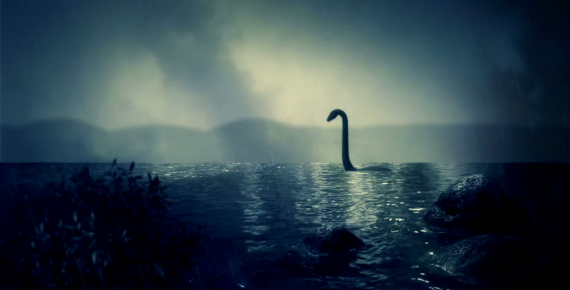 So, now that we're getting towards the end, here's my view on all of this. Bigfoot, Nessie and the Dogman - and multiple others Cryptids, too - have all displayed supernatural overtones. Keeping that in mind, should they be thrown out of the world of Cryptozoology? If you strictly think that Cryptozoology is only for the study of unknown, flesh and blood animals, then yes they should be ejected. Why? Because, even though it's on a very small scale, the fact is that these "things" do occasionally display aspects of the paranormal. If, however, you don't want Bigfoot and all the rest thrown out, I'll tell you what to do: accept that Cryptozoology is not just the study of unknown animals; it's much stranger than that. And also accept that by pursuing Nessies, Bigfoot creatures, and upright wolves, you are actually becoming an investigator of the supernatural, the paranormal, and the occult, whether you accept it or even realize it.

With that all said, I'll close with the following: I suggest that the word "Cryptozoology" should be replaced with "Weirdshitology." Everyone will understand that one. And, as a new devotee of the occult and the supernatural, you will no longer have to worry about those embarrassing tales of Bigfoot taking to the controls of a Flying Saucer, or of a Dogman dancing around a stone circle on Halloween.

Unexplored Caves and a Mysterious Vanishing