Dark Conspiracies and the Mysterious Death of Corey Scherbey

On August 22nd, 2011, a woman by the name of Gladys Scherbey stopped by to see her son, Corey Scherbey, at his home in Chilliwick, in British Columbia, Canada. It was a totally routine visit, something she had done many times before, and there was no reason at all for her to have expected anything strange when she came to that door. Yet, repeated rings of the doorbell and knocks gained no response from within, so she let herself in. What she would find within the living room would be a chilling sight that would scar her for life and launch a grim, horrific mystery orbited by conspiracy that still hasn’t been solved to this day.

There, on his knees knelt over the sofa with his face pressed into the cushions was Corey Scherbey, and he was very dead. Around the body and sofa was an expansive pool of some sort of black liquid that seemed to be blood, which had blossomed out from the body to dry upon the wood floor, but even more horrifying was the state of the man’s face. When the mother turned the body over, she was shocked to see that her son was unrecognizable, extremely pale, and with ears that appeared to be missing. She would say, “His face was white. His eyelids were white. . . . I couldn't find his ears. I could feel the holes but I couldn't find his ears.” She also said that a look around showed bloody footprints around the house, and at this point she had seen enough, fleeing the home to call the police.

When authorities arrived they could find no sign of forced entry or struggle of any kind, and oddly police would later claim that there had been no bloody footprints there when they had arrived. They did find one strange clue in a cardboard box in the hallway closet, upon which the cryptic words “Better be a funeral” were sloppily scrawled, but there was no way at all to know if this was linked to the death or what it meant. When the body was examined there were found no external injuries or signs of a struggle, no noticeable way for all of that blood to have come out, and it was surmised that the pool of blood had probably been due to the body naturally expunging its fluids after death. The coroner would examine the body and determine that Corey had died of “acute combined cocaine and ethanol intoxication,” but there are a lot of reasons to doubt this prognosis, according to his family, and many clues that don’t add up with the official police story.

One of the most shocking series of clues that the family has come forward with that point to murder are assertions that there had indeed been bloody footprints they had seen around the house, as well as blood on a door knob, a bloody fingerprint on Corey’s wallet, which was missing all of its money, and most chillingly a piece of skull allegedly found on the floor. Corey's uncle Marty Jordan would later say:

I was struck immediately by the bloody footprints on the stairs and the staggering volume of blood on the floor and to my dismay a portion of my nephew's scalp laying in the middle of the living room floor.

Of course, there is also that rather odd detail of the mother claiming he had had only holes for ears, which hasn't been mentioned or explained since. Why wasn’t any of this in the police report? How could they make such a mistake as to leave it out? Who knows? There was also the fact that Corey was known to be completely sober, and had never done drugs. Because of this his father would scoff at the official cause of death, saying, “Drugs and alcohol? Corey wouldn't take a God damned aspirin!” Adding to the family’s suspicions of foul play was also a curious incident that had happened the last time anyone had seen Corey alive. On August 19th, Corey’s father claimed that he had stopped by his son’s house to drop off some burgers for dinner, and as he was there he says that Corey had been with a woman he didn’t recognize. This stranger was described as wearing a leather jacket and slippers, but that was all he could see because his son hastily sent him on his way while refusing to talk about the woman. The next time anyone saw Corey again he would be dead. This seems like it should be a valuable lead, but the family claims that police did nothing to follow up on it, or even ask for a detailed description of the woman. Odd indeed. 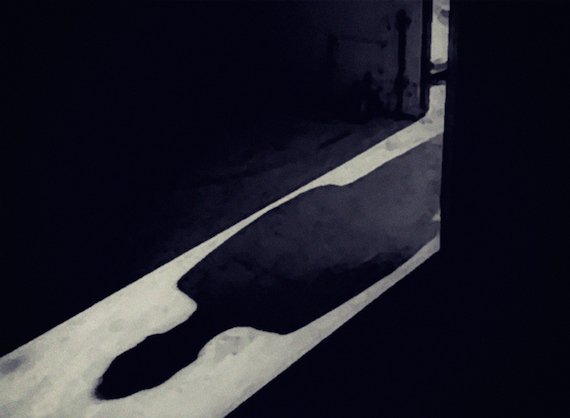 The family would go about sending letters asking the police and courts to launch a reinvestigation and inquest into the death based on all of this evidence, but it was slow going and met without success. In the eyes of authorities, Corey had died of drugs and alcohol, case closed. Yet even then weird clues would come in over the years. Towards the end of 2011, Corey’s friend Tammy Bourdon allegedly came to the home of Corey’s parents looking flustered and acting paranoid, saying that Corey had been murdered and that the perpetrators were out to get her as well. A few months later, on February 3, 2012, Tammy was found dead. The official cause? That she had cut her finger and died of blood poisoning. Things would get more bizarre still, when in 2014 Corey’s family say they received a creepy anonymous letter in the mail, which had been typewritten and read:

Dear Mr. Mrs. Scherbey: Shakespeare said: 'Hell hath no fury than a woman scorned.' *Thats the kind of homicide it was, a scorned woman!* Those who KNOW it was, belong to too tight a group to say a word! I think your son Corey decided too late to 'back off' and it jeopardized his well-being -- his life! Sincerely, a reader of The CHWK Times.

What is the significance of this letter, if anything? Is there any lead to be had here or is it just a kook messing with everyone? It is impossible to say, and all through this authorities insisted that there was no reason to suspect foul play, with Chief Superintendent Brian Cantera declaring that they “have no reason to believe that any person is responsible for Corey's death.” Finally, in 2019, after years of the family appealing to the courts for an inquest into the death one has been granted, but the results will not be known until April of 2020, so we won't know until then and even then one suspects the answers will not be clearly divulged. In the end, we have no idea what happened to Corey Scherbey. Was he murdered and if so why? Did he commit suicide? Was it a drug overdose as the authorities would like us to believe? Why all of the obfuscation on the part of law enforcement and mismatch of details, and how do we explain the myriad odd clues surrounding the case? It is a truly mysterious death surrounded by oddness, police mishandling, and conspiracies, and we will just have to wait and see if any of it is resolved.

The UFO Phenomenon: A Close Encounter and a Very Credible Witness