Deep Cover Dolphins: The Surprising History of Marine Mammals and the Military

Anyone that has served in the military will probably have a few stories to tell, and they may involve seeing some pretty wild stuff. However, one of the wildest things you might hope to never see in combat is an enemy dolphin with a harpoon on its back.

This might sound like a joke, but there is actually quite a history to the use of marine mammals--dolphins in particular--in the furtherance of military objectives.

As a recent article at Military.com reminds us, it was reported in 2000 by the BBC that Iran had obtained a number of dolphins from Russia with such capabilities. 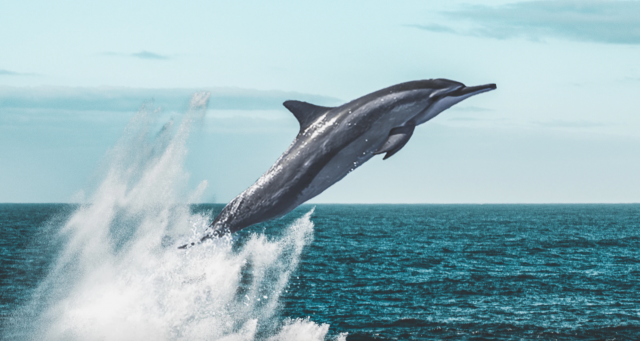 "In 2000, the Islamic Republic acquired a number of dolphins from Russia," writes Blake Stillwell. "Ones specially trained to attack enemy ships... The dolphins had originally been trained by the Soviet Union."

The dolphins had reportedly been schooled in methods of underwater attack that involved the use of harpoons strapped to their backs (see, we weren't kidding). In addition to impaling enemy divers, the dolphins were also adept in dragging underwater combatants from positions of concealment to the surface, aiding in their capture. The dolphins were subsequently returned to a dolphinarium operated by their former trainer once the Iranian project lost funding.

In fact, it isn't uncommon for these lovable cetaceans to be returned to aquariums after their time in service. Research conducted by the Whale and Dolphin Conservation Society in the early 2000s indicated that several dolphins currently residing in aquariums around the world had once seen time working for the Russian military, according to the BBC. However, Russia and Iran aren't the only countries that have used dolphins for such porpoise... er, purposes.

Since around 1960, the U.S. Navy has been developing programs for training dolphins to aid in military efforts. Appropriately named the Navy Marine Mammal Program, its objective entails finding useful ways dolphins have been able to serve in marine combat and other situations, which include the detection of mines and explosive devices. 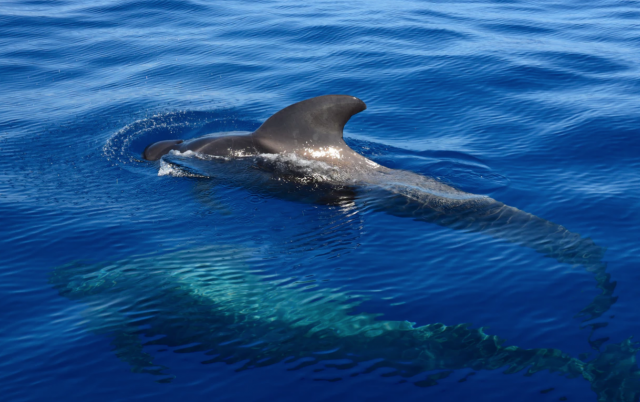 Since most sea mines are built so that they aren't easily activated by contact with marine mammals, this makes dolphins uniquely suited for their detection. According to an archived U.S. Navy fact sheet available online, dolphins are able to perform such functions in potentially dangerous situations very much like dogs and their keen sense of smell can be utilized on land. However, in the case of dolphins, they rely on the help of their echolocation abilities rather than scent:

If undetected, sea mines can be deadly, destructive weapons. But just as the dog's keen sense of smell makes it ideal for detecting land mines, the U.S. Navy has found that the biological sonar of dolphins, called echolocation, makes them uniquely effective at locating sea mines so they can be avoided or removed.

Dolphins aren't the only animals capable of assisting with bomb detection and other underwater tasks. Past studies have shown that aquatic species including the California sea lion can perform similar scouting and retrieval tasks. However, when it actually comes to dispatching enemy combatants, dolphins remain the ideal pick, and much like their Russian counterparts, past U.S. programs have employed dolphins for such purposes.

During Vietnam and the Persian Gulf War, the U.S. Navy used trained dolphins as a means of providing additional support during patrols to search for enemy swimmers. However, rather than attacking enemies with mounted spears like the aforementioned Russian programs entailed, U.S. dolphins were taught to alert a trainer nearby if they spotted an intruder, or even to tag the enemy with a marker that would aid Navy personnel in their pursuit and capture.

It has been alleged that during the Vietnam War some dolphins actually had been trained to fire at enemy divers utilizing mounted guns similar to the devices used for tagging outlined above. However, according to a PBS Frontline investigation, the Navy "denies that any such program existed or that any dolphin has ever been trained to attack a human."

Over the years, the U.S. Navy has undertaken a variety of other programs too, studying various marine mammals and their potential uses in future military operations. In addition to those discussed here, past studies have examined everything from their behavior and reproduction, to ways they can assist with communication, safety and rescue, and a wide range of other open sea operations.

So if the idea of Iran, Russia, or anyone else using dolphins in military situations sounds bizarre, it is... but it actually isn't that uncommon. Anyone interested in learning more about the history of Military Marine Mammals and their use by the United States can read a brief history of the Navy's program here.