Finally! After a week of stories about mysterious giant drones flying in formation over parts of northeastern Colorado and across the border into Nebraska, with numerous eyewitness accounts from law enforcement agencies, the Federal Aviation Administration has made two announcements. First, the agency issued a proposed rule change requiring most drones to be easily identifiable remotely. Second, the FAA announced it is working with law enforcement in the five counties reporting the giant drones in a concerted effort to identify the owner and their purpose. Great news or too little too late?

“It was too low to the ground to be a plane, and it seemed way too close to the house to be out in space, like a satellite. It was definitely within driving range, for sure. You could see that it was rotating. You could see things sticking off to the sides. It was crazy.”

The Denver Post interviewed Jennifer Rollins who captured what appears to be one of the first known videos of the nighttime drones (watch it here) while visiting her parents in Colorado’s Yuma County – ground zero for these drone sightings. Her sighting came a day after the Denver Post revealed it had received an email from FAA spokesman Ian Gregor to Reuters announcing the proposed rule change for identifying drones. The rule will be open for public comment for 60 days and the debate is expected to be heated, with there currently being nearly 1.5 million drones and 160,000 remote pilots currently registered with the FAA and more coming as excited new owners play with their Christmas presents … and as more potential terrorists seethe over national and world developments. 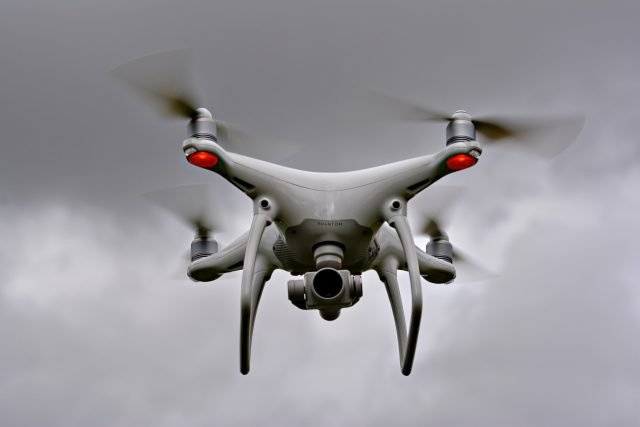 While officials continue to say publicly that the Colorado giant drones don’t appear to be “malicious,” U.S. Sen. Cory Gardner, who lives in Yuma and is a member of the Senate Commerce Subcommittee on Aviation and Space, says he’s closely monitoring the situation and is “encouraged that they've opened a full investigation to learn the source and purpose of the drones. ‘They’ is the FAA, which will meet with Yuma County Sheriff Todd Combs and other sheriff’s offices and police departments on January 6th. Combs says:

“Hopefully this meeting will provide some answers, or at least aid in the development of a plan to identify who is in control of the drones.”

Meanwhile, local residents like Dawn George of Wray in Yuma County continue to be concerned about the regular nightly appearances of the mysterious giant drones, as are her dogs.

“They’ll run out. They can hear them. If you’re familiar with what a drone sounds like, they sound identical to a smaller drone, just louder. It’s just really weird that everybody is seeing them and no one has an answer … or someone has an answer and we’re not being told what is going on.” 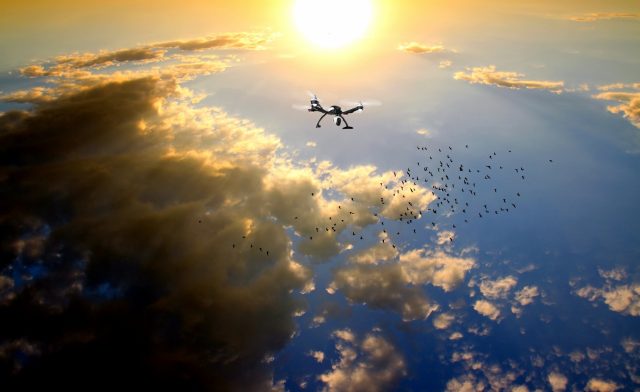 Good observation, Dawn. Why has it taken so long for the FAA to get involved? Why is the identification ruling just ‘proposed’ and ‘open for comment’ and not more of a temporary restraining order until this mystery is resolved? Why is the first meeting a week away while the drones continue to fly in formation in two states? Why do officials continue to say the drones are not “malicious” but don’t say why?

Let’s hope that’s all it is, Dawn. Meanwhile, we’ll keep an eye on the story and on the skies over Colorado and Nebraska.