One of the classics of Fortean phenomena is things falling mysteriously from the sky. Whether it’s bright balls of fire, creatures living or dead, rocks or inappropriately colored precipitation, they’re the kind of events that occupied a sizable chuck of The Book of the Damned, the compendium of all things strange complied by Charles Fort. Most places are fortunate enough to only be listed once as victims of Fortean events. If the author were still compiling stories today, the latest edition would have the Russian city of Chelyabinsk in it twice – once for the famous meteor that blasted over the city on February 15, 2013, (and whose chunk allegedly has mystical lifting powers) and the other for the mysterious green snow which fell this week and has some who remember the falling superbolide wondering if they’re related. Are they? 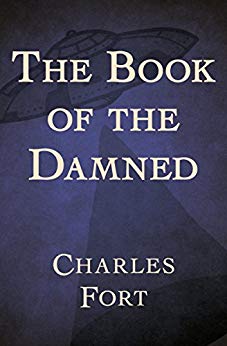 “Precipitation with a pronounced green tint fell on the section of the Ural road near the entrance to Chelyabinsk, between the gardens and the village of Slavino. Atypical type of snow lies directly along the highway, in fact, 400 meters from the border of the city, and a kilometer from the Kashtak Bor.”

The Kurs Dela Russian media site posted a video of the green snow (see it here) on January 12 and it was immediately picked up by other sites and Twitter feeds. As usual, the tweets are more interesting.

“Green snow in the Chelyabinsk region appeared to cheer up Chelyabinsk residents who showed signs of depression due to a long winter.”

“Why not cosmic dust? Or seaweed? Or is it just an optical illusion? Someone sees green snow, and someone - snow is the color of money sawn on the "installation" of filters. (Google translation)”

And some see a logical and typically Russian explanation.

“The regional Ministry of Ecology explained the green snow in Chelyabinsk. A strange color rainfall at the entrance to the city from the side of Yekaterinburg was recently discovered by citizens. On Monday, January 13, department specialists left the site and came to the conclusion that the snow turned green due to dust from a nearby granite quarry.”

And, like any good Russian government agency, the Ministry of Ecology points out that the green snow is not just safe, it’s all-natural.

“This dust does not pose a threat to public health. These are particles of natural materials and rocks.”

Perhaps Chelyabinsk would get an honorable mention, or at least an asterisk, in an updated Book of the Damned. In 2017, the snow in the city also turned green. That time, the cause was also somewhat ‘natural’ – a green food coloring that leaked from a collector at a paper mill which uses it to make … remember, this is Siberia … green toilet paper. 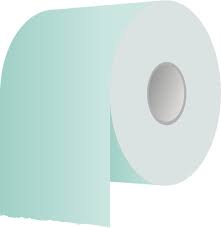 The Great 2020 Green Snowfall of Chelyabinsk appears to be due to dust caused by blasting at the local granite quarry. Green dust from granite? It’s no wonder the locals who have lived through the mysterious dome-lifting meteor and a previous green snow are skeptical.

Fortunately, they can console themselves with a fresh roll of green toilet paper.

The Chupacabra: A Cryptozoological Animal? No!