“Star Wars: Episode IV - A New Hope” took place in 0 BBY (Before the Battle of Yavin), making Luke Skywalker 19 years old when he left his home planet Tatooine and its binary stars, Tatoo I and Tatoo II. In 2019, Wolf Cukier was 17 years old and a high school junior when he left his home in Scarsdale, New York, to summer intern at NASA’s Goddard Space Flight Center in Maryland in Year 0 BDT – Before the Discovery of TOI 1338 b, the first exoplanet found to be orbiting two stars at once. Does this make him a Jedi or just really popular at school?

“There’s a whole bunch of things that also looked like planets when I was searching. It took some time to actually verify that this was a bonafide planet and not the telescope shaking or something. When I first found it, it was among 100 other things I flagged to start. I do think I put like 10 asterisks next to it. I thought it looked pretty good compared to the rest of the things I saw.” 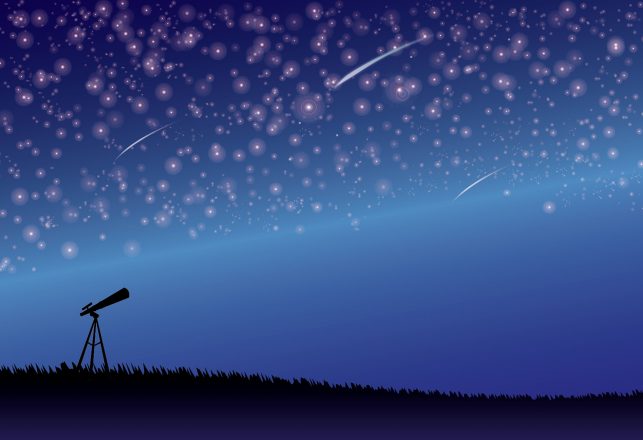 Cukier described to The New York Post his work using data from NASA’s Transiting Exoplanet Survey Satellite (TESS) to search images of the sky for changes in a star’s brightness over time, which would indicate the transit of a planet in front of it. Cukier knew that the smaller dwarf star of the TOI 1338 pair could be causing its dimming (obviously a smart kid), so he flagged (or asterisked) it and kept an eye on it. His hunch paid off when he observed a consistent transit in front of the large star that could definitely be a planet … one that is about 6.9 times larger than Earth. But how could he confirm it?

“Throughout all of its images, TESS is monitoring millions of stars. That’s why our team created eleanor. It’s an accessible way to download, analyze and visualize transit data. We designed it with planets in mind, but other members of the community use it to study stars, asteroids and even galaxies.”

In a NASA press release, Adina Feinstein, a graduate student at the University of Chicago and co-author with Cukier of the paper on the discovery which was discussed this week at the 235th American Astronomical Society meeting in Honolulu, introduces us to eleanor, which Wolf probably had to explain to his girlfriend is not a female robotic co-worker but an open-source python framework for downloading, analyzing, and visualizing data from the TESS Full Frame Images. The program is named after another sci-fi character -- Eleanor Arroway, the central character in Carl Sagan’s novel “Contact.” She confirmed TOI 1338 b was real and not an instrument anomaly. (Watch a NASA video on the discovery here -- Credit: NASA's Goddard Space Flight Center/Chris Smith)

Since he’s still a teen, will Wolf Cukier one day make a trip to his own circumbinary Tatooine planet … or at least see a probe visit there in his lifetime? Probably not, since TOI 1338 is 1,300 light-years away in the constellation Pictor. However, he does qualify to appear in a NASA press release and co-autor a scientific paper. In the world of astronomy, that’s the equivalent of a laurel and hearty handshake.

Let’s hope that in the world of senior year at high school, it means an A in astrophysics and a scholarship to a good college for Wolf. Not to mention a date with a real Eleanor.

Some Eerily Similar Cases of Dogfights with UFOs