When it comes to the matter of the Roswell affair of July 1947, there are numerous theories for what happened and what came down. They include the following: (1) a weather balloon; (2) a Mogul balloon designed to monitor for early Russian atomic bomb tests; (3) an alien spacecraft; (4) time-travelers from the future; (5) a rocket with monkeys or chimpanzees aboard; (6) a Japanese Fugo balloon; (7) human guinea-pigs used in high-altitude experiments; (8) the vehicle of an ancient race of "Cryptoterrestrials;" and (9) a Russian aircraft used to make the U.S. government think that aliens were invading. And, then there's the theory of the late Jim Keith. He was the author of a number of conspiracy / UFO-themed books, including Casebook on the Men in Black; The Octopus (co-written with Kenn Thomas); and Black Helicopters Over America. 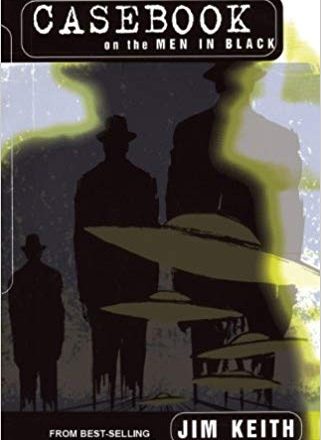 In a fairly small article titled Roswell UFO Bombshell: Was the Crashed Spaceship Really a Lost -Bomb?, Keith described meeting with “a longtime researcher / instructor of engineering at a school in New Mexico” who claimed to know the truth of Roswell. The old man claimed that Roswell had nothing to do with aliens, apes, time-surfers or balloons. As for what Keith was told, it goes like this: “According to my source, the true story behind the alleged UFO crash was that there was an accident involving a B-29 flying from the Army Air Force Base in Sandia (Albuquerque) to Roswell…my source states that either an atomic bomb or what is termed a ‘bomb shape,’ or ‘test shape,’ the shell of a nuke lacking explosives and atomic capability, and sometimes filled with concrete to add weight, was accidentally or purposefully jettisoned above Corona, New Mexico, directly on the flight path between Sandia and Roswell. Along with the bomb, metal foil used for radar jamming, termed ‘chaff,’ may have also been dropped.”

Although I don't personally endorse Jim Keith's theory at all, I do think that, at the very least, it should be aired and investigated, regardless of how controversial and outlandish it certainly is. Keith's source ( who, I should stress, was his only source) was said to have been "a longtime researcher / instructor of engineering at a school in New Mexico." Jim Keith had been researching this highly controversial scenario since 1997, which was when it was first given to him. Publicly, however, the story didn't surface until January 2000. That was when Fate magazine published the article referred to above. The article was published posthumously, however, as Keith died in 1999 - some say in controversial circumstances. He died in September of that year after attending the annual Burning Man event in Nevada’s Black Rock Desert. Keith had headed out to the annual Burning Man festival in Black Rock, just north of Reno, Nevada, a day before the event began.

While on stage, Keith lost his balance and fell to the ground. At first, Keith thought he had just badly bruised his leg. By the morning, though, Keith was in such agony that he had to call for paramedics, who were quickly on the scene and took him to the Washoe Medical Center, in Reno. Keith was told he had fractured his tibia and that he was to be prepped for surgery – which would require him to be anesthetized. This was when things got really strange. Keith put a call through to a friend in the conspiracy field – George Pickard – and told him that one of the attendants at the hospital had the same name as someone he had debated on the matter of the black helicopters, and just a few months earlier. Coincidence? Who knows?

As the time for surgery got closer, Keith got more and more anxious. He said to his nephew, Chris Davis: “I have a feeling that if they put me under I’m not coming back. I know if I get put under, I am going to die.” That’s exactly what happened: a blood-clot took Keith’s life. The field of conspiracy-theorizing was both stunned and suspicious by this very untimely and tragic state of affairs. An unfortunate event or a well-orchestrated murder by culprits unknown? That was the question which was specifically asked most frequently in the immediate wake of Keith’s death. It’s a question that still gets asked today.