A Queensland man was searching for gold when he encountered a strange creature lurking in the woods. A mechanic named Mark Demetriou was cleaning out his bucket near the Imbil State Forest in the south eastern part of Queensland when he said that someone (or something) threw a large log towards him.

“Something large was thrown towards me after tapping the bottom of a bucket to clean it, I had a feeling I was being watched as the bush went silent for a few minutes,” Demetriou explained, adding “It threw a log towards me and was looking at me when I moved closer it moved but was still there.” At that point, he immediately grabbed his phone and started videotaping the “large and black” creature. “So this is what I filmed, it moves to the left after I moved,” he said.

While he was filming, he was attempting to get the creature to move closer and away from the woods so he could get a better view of whatever it was. He said to the creature, “I can see you looking at me.”

Demetriou posted his video to social media and quickly received many comments asking him what he believes he saw. He responded with, “No idea what it was but it didn't mind watching me,” adding, “I was trying to film and look with a pick in my hand as it was a bit worrying, I left straight away.”

Some social media users weren’t entirely sure as to what Demetriou captured on video, as one person asked him, “What do you think it might have been? Are you sure it wasn't just a dark bit if bushland like a shaded area as couldn't see anything really?” and another wrote, “It threw a log at you!!!! What!!! But are you ‘sure’ it didn't fall from a tree above?” Demetriou admitted that the log could have possibly fallen from a tree, “I hope it just fell from a tree it’s one of my favorite spots for orchid pics and want to keep going there,” he stated.

Although he immediately left the location, Demetriou said that he plans on going back to the same area in an effort to find evidence of the mysterious creature, particularly footprints that it may have left behind. His video can be seen here. 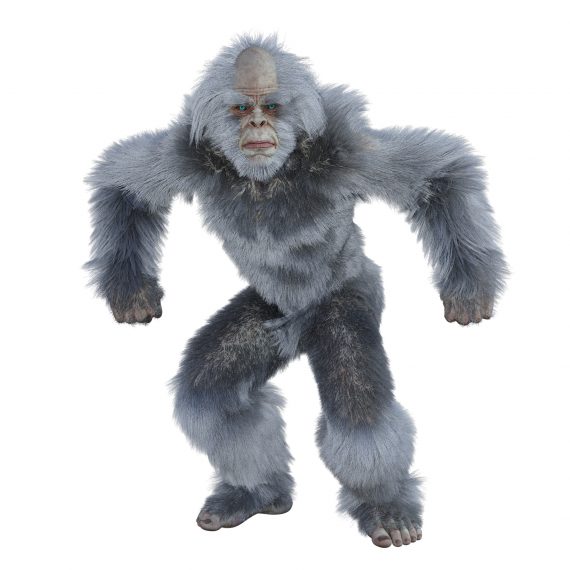 So what did he witness that day? There have been numerous reported Yowie sightings in Australia over the years, particularly around Imbil State Forest. One example of a sighting happened in 2014 when a woman told ABC that a friend of hers witnessed a Yowie in that same area.

Annette Jeffs said that her friend was out one night with another friend taking pictures when they both smelled something horrible and disgusting by a creek. As they were walking, they heard a crunching sound and saw a large creature with large red eyes staring at them. Her entire recount of her friend’s story can be read here.

Deep Cover Dolphins: The Surprising History of Marine Mammals and the Military