Louisiana State University is best known today for its national champion football team (Geaux Tigers!) … unless you’re a geologist or anthropologist. Then you know that the LSU campus in Baton Rouge is home to the LSU Indian Mounds -- two Native American mounds believed to be at least 5,000 years old. Football fans and the rest of the world may soon know the mounds as well as the Tigers after an LSU geology professor discovered evidence he claims will prove they are human-made structures used for religious ceremonies – structures built 11,300 years ago, making them three times older than Egypt’s pyramids and possibly the oldest manmade structures in the world. Geaux Tiger Ancestors!

"These are really important native American antiquities that are on our campus just by accident. This is unique to LSU almost beyond anything."

LSU geology professor Brooks Ellwood tells the Baton Rouge Advocate he first came up with the idea to closely study an ashy layer found deep within the 20-foot-tall mounds after having a bad dream about ashes. (Are there ever any GOOD dreams about ashes?) Inspired by the dream, he remembered a similar finding in an excavation in Albania and decided to put the LSU ashes under a microscope. What he found was unexpected.

“They weren’t burning cooking fires. The only logical thing that it could have been is for human beings.”

Cremated human beings, to be specific. Ellwood and other researchers found mammalian bone fragments in the ashes, which were from reed and cane material. These burn too hot to be used for cooking, so Elwood concluded that the mammals were humans and the purpose of the fires was ceremonial cremation by indigenous people during the early Archaic Period, which lasted from around 8500 to 3000 BCE. No large bone fragments have ever been found in the mounds, which means they were built as gathering places for ceremonial purposes such as cremations, pilgrimages or worship. And they were obviously built to last. 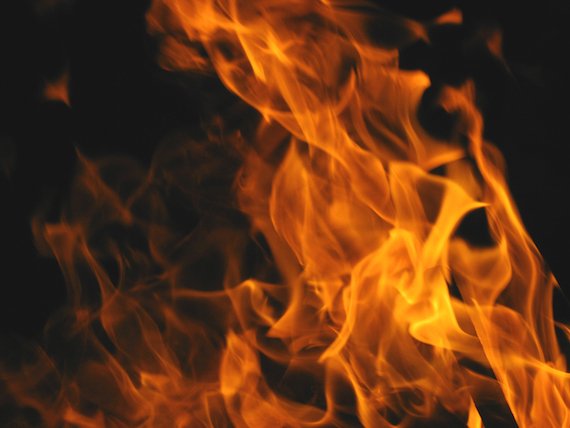 "They knew what they were doing."

Elwood says the builders had to have understood engineering to create structures of hard clay that have survived longer than any others in the world. Fortunately, LSU has made efforts to preserve its two mounds, protecting them from traffic, excavation for construction and student tailgate parties. With this new discovery, Elwood hopes they get even more protection and study.

“LSU is now very, very much aware of what we have on the campus. Only recently did we know the ages of these things.”