Since saying “caveat emptor” (let the buyer beware) rarely seems to stop people from making dumb purchases, perhaps it’s time for everyone to learn the entire legal sentence it comes from:

Caveat emptor, quia ignorare non debuit quod jus alienum emit (Let a purchaser beware, for he ought not to be ignorant of the nature of the property which he is buying from another party.)

Ignorance is no longer bliss (looks like we’re killing old maxims here, but it’s about time), especially when buying things sight-unseen on the Internet. In Singapore, the preferred method for buying used or questionably new products is with Carousell, a mobile app that’s also available in Malaysia, Indonesia, Taiwan, Hong Kong, Australia and the Philippines. That’s where Nadie Othman recently purchased something (possibly beauty supplies) and the seller gave her a “But wait … there’s more!” offer of a few extra items at no charge. Did Nadie caveat the seller? 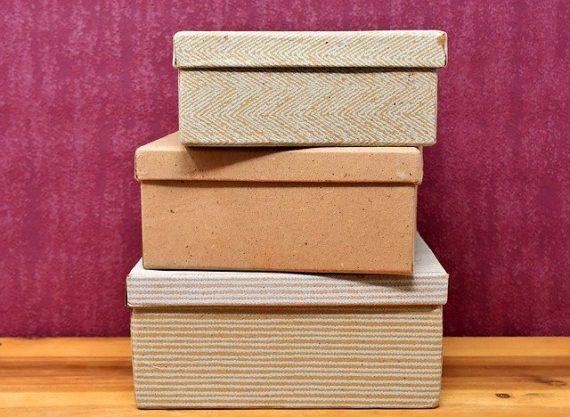 Of course Nadie didn't worry about the seller who mysteriously wanted to dump more merchandise on her … she was getting free stuff! So, her mother-in-law received the shipment and everyone lived happily ever after. Right?

“The next night, for 2 nights straight, i had bad nightmares, i dreamt that something was "following me".. ( at this point i havent touch the items at the house yet). At 1am, my mom in law texted and said, "can you return all of these items back to the seller?"

Uh-oh. Nadie’s mother-in-law felt she was being watched – a feeling that began the moment the boxes (still unopened) were brought in to her house. While watching TV in another room, she heard noises coming from where the boxes were waiting for Nadie. At that point, she ignored the inevitable “Do you know what time it is?” response, made the 1 am call and Nadie came over to open the boxes.

What she found inside them were a mannequin head and a wig, possibly of human hair. If the head was haunted, the seller missed out on making some extra dough – haunted dolls are a hot item on eBay. And, based on the urgency to get rid of it, the experiences of the mother-in-law and Nadie’s dreams, this one seemed definitely haunted. So, did Nadie cash in on the haunted head?

“I threw all the box away.. The whole thing, with the head the hair.. Hopefully all is ok....”

Nadie posted her story, photos of the head and wig and her decision on Facebook, where you can see pictures of the head and hair. Although she lives in the uber-modern Republic of Singapore, old fears and beliefs die hard. However, throwing the head away didn’t seem to cause IT to die hard.

“Now it may be coincidental, but yeah i am having fever and falling sick.”

Did Nadie get sick from handling the mysterious head? Has a spirit come back to punish her for destroying its host? Is it just the power of suggestion?

Whatever it is, it’s definitely a good reminder to “Caveat emptor mannequins.”