By studying data from NASA’s Transiting Exoplanet Survey Satellite (or TESS), astronomers have discovered that the star Alpha Draconis (also known as Thuban) and its fainter companion star eclipse each other on a regular basis.

Angela Kochoska, who is a postdoctoral researcher at Villanova University in Pennsylvania and who presented the findings at the American Astronomical Society meeting in Honolulu, Hawaii on January 6th, said, “The first question that comes to mind is ‘how did we miss this?’”, adding, “The eclipses are brief, lasting only six hours, so ground-based observations can easily miss them. And because the star is so bright, it would have quickly saturated detectors on NASA’s Kepler observatory, which would also mask the eclipses.” 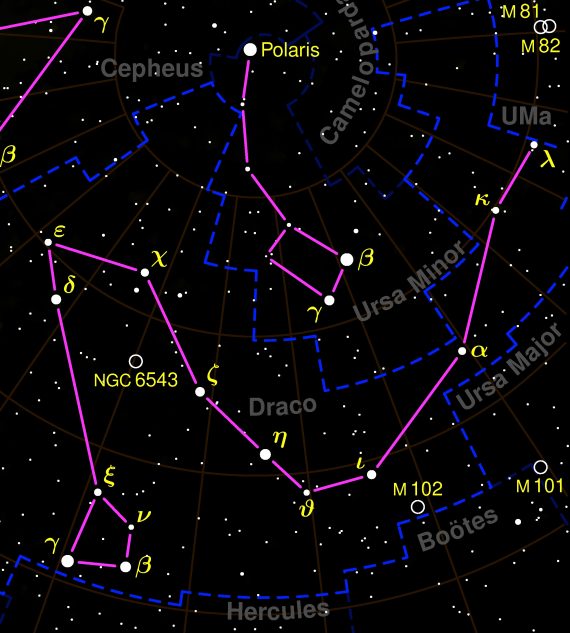 They have been ranked as one of the brightest binary stars eclipsing each other where both stars are separated from one another and only interact by gravitational means. Astronomers can calculate the size and mass of both stars which is why these binary systems are incredibly important.

Alpha Draconis is the fourth-brightest star in the constellation Draco and is located approximately 270 light-years from Earth. And approximately 4,700 years ago, it played a very important part in the building of the earliest Egyptian pyramids. While Polaris (located in the Ursa Minor constellation) is known today as the North Star, thousands of years ago the role was claimed by Alpha Draconis as the closest star to the North Pole.

A report that was released in 2004 indicated that Alpha Draconis’ brightness changed over an hour-long period which at that time suggested that the star was pulsating. However, when Timothy Bedding, Daniel Hey, and Simon Murphy from the University of Sydney, Australia, and Aarhus University in Denmark studied data from TESS, they found that the two stars were instead eclipsing each other. Their findings can be read in full here. 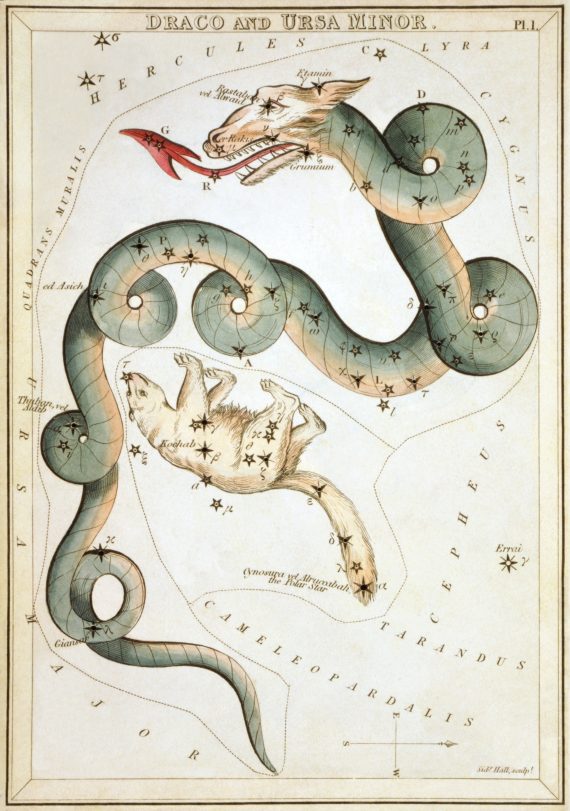 Kochoska and Hey have been working together in order to better understand the binary system. They found that the stars orbit every 51.4 days at an approximate distance of around 38 million miles (a little further than Mercury’s distance from the Sun). They watched the system from around three degrees above their orbital plane, meaning that the stars don’t completely cover each other during the eclipses. The primary star has a temperature of approximately 17,500 degrees Fahrenheit (70% hotter than our Sun) and is 4.3 times larger than our Sun. Its companion star is about half the size of the primary star and about five times fainter, but still around 40% hotter than our Sun.

Padi Boyd, who is a TESS project scientist at NASA’s Goddard Space Flight Center in Greenbelt, Maryland, stated, “Discovering eclipses in a well-known, bright, historically important star highlights how TESS impacts the broader astronomical community,” adding, “In this case, the high precision, uninterrupted TESS data can be used to help constrain fundamental stellar parameters at a level we’ve never before achieved.” NASA posted a video of the eclipse which can be seen here.

Source of a Recent Mysterious Hum Has Been Found