Even though he passed away in 1566, Nostradamus correctly predicted many events that happened after his death, such as the rise of Hitler and Napoleon, in addition to the 9/11 attacks on America. And based on recent events, it seems as though another one of the French prophet’s predictions has come true.

In one of his passages, he wrote, “The great plague of the maritime city will not cease until there be avenged the death of the just blood, condemned for a price without crime, of the great lady outraged by pretense.” It seems as though he was predicting the SARS-like outbreak that’s happening right now in the world. An outbreak of a new coronavirus started in China and has spread to different countries around the world: Thailand, Japan, South Korea, Taiwan, and the United States.

As for the “maritime city” that was mentioned in the passage, a conspiracy theorist has an idea of what location Nostradamus was referring to. “The start of SARS and preponderance of cases are in China, many of which are in Hong Kong. Therefore it is reasonable to view Hong Kong as ‘the maritime city’.”

And the “great lady” could possibly be Wu Yi who was previously the Chinese Health Minister and who helped to control the SARS virus.

So far, the deadly Chinese coronavirus – which has flu-like symptoms that include coughing, fever, shortness of breath, and difficulty breathing – has affected approximately 500 people with 17 deaths. What’s even more frightening is that scientists have warned the public that as many as 10,000 people could have caught the SARS-like virus while visiting Wuhan, China. 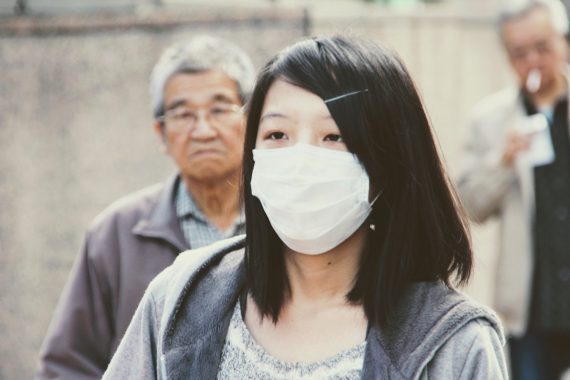 There has so far been one diagnosed case in the United States (Washington State) as a man in his 30s caught the virus while visiting Wuhan.

So where did this virus come from? According to a new study (which can be read in full here), it is believed that the virus originated in snakes and spread to humans. There are two types of snakes that are commonly found around the area in which the outbreak originated: Bungarus multicinctus (or the many-banded krait) and Naja atra (or the Chinese cobra).

Nostradamus predicted many disturbing things in history, and this new SARS-like virus is one of the scariest predictions he has made, as more and more people are being affected by this deadly strain.