The outbreak of a mysterious virus that originated in China and has been reported in at least five other countries, including the U.S., is definitely a tragedy and could be on its way to becoming an epidemic. While medical experts and the media track its spread and debate whether eating snakes or bat soup from a certain market in Wuhan is the origin point of the coronavirus causing the deadly pneumonia-like illness, very few have noticed that the Wuhan National Biosafety Laboratory studying the virus is the same lab that experts warned in 2017 could accidentally release a similar deadly virus into the public arena like the SARS virus escaped from high-level containment facilities multiple times. Is it a coincidence that ground zero for the coronavirus is the same lab designated as the only place in the world that can find a cure -- and Wuhan is now cut off from the rest of the world?

“But worries surround the Chinese lab, too. The SARS virus has escaped from high-level containment facilities in Beijing multiple times, notes Richard Ebright, a molecular biologist at Rutgers University in Piscataway, New Jersey. Tim Trevan, founder of CHROME Biosafety and Biosecurity Consulting in Damascus, Maryland, says that an open culture is important to keeping BSL-4 labs safe, and he questions how easy this will be in China, where society emphasizes hierarchy. “Diversity of viewpoint, flat structures where everyone feels free to speak up and openness of information are important,” he says.” 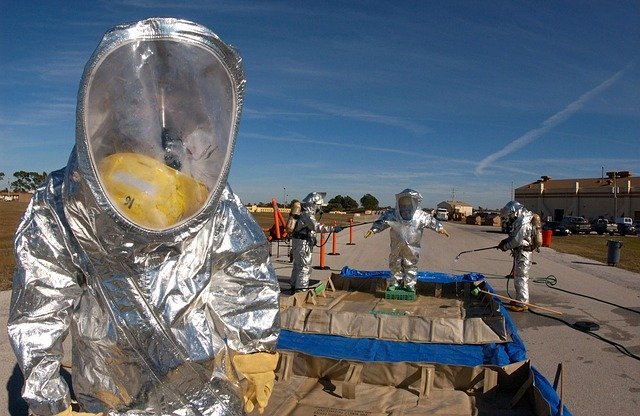 In 2017, an article in the journal Nature both heralded the opening of the Wuhan National Biosafety Laboratory and warned of the tremendous risks involved in placing it in such a highly populated area on the Chinese mainland. The facility is a Biosafety level 4 (BSL-4) – the highest level of biocontainment – designed for working with agents that could easily be aerosol-transmitted and cause severe to fatal disease in humans for which there are no available vaccines or treatments. The lab filters its air and treats it water and waste before they leave and employees must change clothes and shower before and after work. BSL-4 labs have been used to store and research the Marburg virus, Ebola virus, Lassa virus, Hendra virus, Nipah virus, Variola virus and smallpox virus. And now it’s the home of the coronavirus. Or was it the cause?

“While initial reports were limited, government officials announced Thursday that a task force of Chinese researchers has identified the microbe causing the outbreak. The culprit, they say, is a virus never seen before in humans; a newly discovered member of the coronavirus family, other branches of which cause the common cold, SARS (severe acute respiratory syndrome), and MERS (Middle East respiratory syndrome). Reports from state media last week indicated that the Chinese-led research team already has copies of the virus growing in cell lines. Under pressure from the global public health community to release more details, the consortium published a draft genome of the novel coronavirus over the weekend, encouraging researchers around the world to analyze and share the data.”

Wired reported that the coronavirus was identified by the lab just two weeks after the first victims appeared. Copies were quickly grown and the genome was released to other researchers. How could that have been accomplished so quickly? Did they already know about it? We may not find answers to those and other questions any time soon.

“In closing off Wuhan, a city of more than 11 million people, China deployed on Thursday morning a centuries-old public health tactic to prevent the spread of infectious disease — this time, a mysterious respiratory infection caused by a coronavirus. Experts said the stunning scale of the shutdown, isolating a major urban transit hub larger than New York City, was without precedent.”

The New York Times and other media sites report that China has effectively shut down travel in and out of Wuhan and four other nearby cities – locking many more millions in an already contaminated area. News reports from inside Wuhan are also restricted, so horrifying images of people falling ill in the streets cannot be verified.  Needless to say, that caused another concern in a country known for it.

“James G. Hodge Jr., director of the Center for Public Health Law and Policy at Arizona State University, said the shutdown would almost certainly lead to human rights violations and would be patently unconstitutional in the United States. “It could very easily backfire,” he said, adding that the restrictions could prevent healthy people from fleeing the city, perhaps exposing them to greater risk of infection. “In general, this is risky business.””

How much about the coronavirus is the Chinese government really hiding? Until outside experts are allowed to study it, the fact that the quarantined city of Wuhan is both the place of its origin and the location of the only lab in China for studying the most deadly of viruses remains highly suspicious.