2019 was a mixed year for the Loch Ness monster. There were a record number of sightings (18) due to an increase in tourism and interest in Nessie and an intrepid multi-time spotter with time on his hands who monitors the 24/7 closed-circuit camera pointing to a popular location for sightings. That comes despite the most intensive study ever to search the waters of the loch for DNA of a creature that’s not in the current catalog of Earth species … a search that found nothing other than indications the monster is probably a giant eel. With no monster to fear, a team of Olympic-caliber rowers set a world record for the fastest ever for rowing the length of the loch -- two hours, four minutes and 57.7 seconds to row the 21-mile (33 km) stretch from Fort Augustus to Dores. However, 2020 may have already topped 2019 for strange Nessie stories and revelations.

“I can point out where, when, how she can be seen and how to attract her. I have studied her image and methods of reproduction and have worked out females have a bag for carrying the offspring on the abdomen."

That’s right … 2020 opens with the bizarre claim that Nessie has a kangaroo-like pouch for carrying its young. Bizarre claim #2 is that the man who made this revelation says he’s not just a Nessie expert – he’s a Nessie caller who knows how to make her appear. That man is Vladi S. PeCan, who calls himself a doctor of forensics. In what appears to be an exclusive interview with the Daily Star, PeCan claims he and he alone knows how to conduct a “professional investigation” using "video equipment for three locations, and bait to lure the monster." Doing this will allow him and his team to capture a Loch Ness monster, extract DNA, determine "how many monsters live in the lake, their age, what they eat" and prove his most outrageous claim that Nessie has a "bag on the abdomen for offspring." 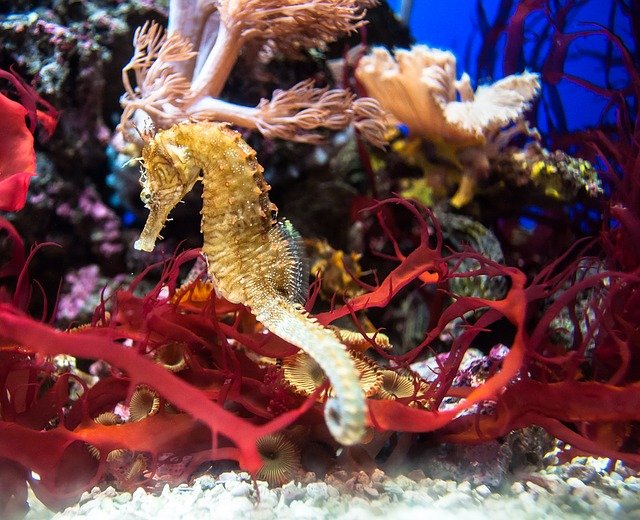 Really? There are no known accounts of anyone claiming Nessie has a pouch for pups – most likely because no one has ever claimed Nessie was a marsupial, the best-known pouched animals. They’re obviously warm-blooded, which either means Nessie is also or it’s a giant seahorse, a cold-blooded fish with a brood pouch where the female deposits her eggs to be fertilized, incubated and hatched. However, PeCan specifically refers to “her,” “she” and “females” in this interview, so that doesn’t sound what he’s claiming.

A search on the name ‘Vladi S. PeCan’ and variations turns up no other information and, unlike the mythical monster, no photos – blurred or otherwise – of the mythical “doctor of forensics.” Paired with his outlandish claims of a nursing pouch and ability to locate Nessie, the needle on the skeptical meter for Vladi S. PeCan is firmly pegged in the zone of ‘Really?’.

The Dark Forest Theory: A Grim Answer for Where All the Aliens Are