Scientists Believe A Second Planet May Be Orbiting Proxima Centauri

Scientists believe they have found evidence of a second planet orbiting Proxima Centauri – the closest star to our Solar System. They found a low-mass candidate planet around half the size of Neptune orbiting the star. It’s located in a planetary system called Alpha Centauri which consists of three star systems: Rigil Kentaurus, Toliman and Proxima Centauri. Proxima Centauri is located just 4.2 light years from us.

The planetary candidate has been named “Proxima c” and initial studies suggest that it could be a “super Earth” with a greater mass than our planet but lower than Neptune and Uranus. It takes Proxima c 5.2 years to complete an orbit around Proxima Centauri. Additionally, it’s been estimated that it orbits its star approximately 1.5 times further than Earth orbits our sun.

Hugh Jones, who is a professor of astrophysics at the University of Hertfordshire, stated, “The proximity of the planet and its orbit at a relatively great distance from its star, means it is one of the best possible chances for direct observations that will enable detailed understanding of another planet.”

While studying Proxima Centauri by using the Atacama Large Millimeter Array, researchers noticed light spectrum signals that could have belonged to a second planet or other space phenomenon such as another galaxy. But when Mario Damasso and his colleagues studied 17.5 years worth of data on high-precision radial velocities in order to follow the light spectrum of the star, they noticed that the signal lasted 1,900 days which indicated that it probably wasn’t caused by cyclical shifts in the magnetic field of the star. And even though it’s very possible that there is a second planet orbiting the star, it’s currently just a candidate and hasn’t officially been named a planet as of yet. Their study was published in Science Advances and can be read in full here. 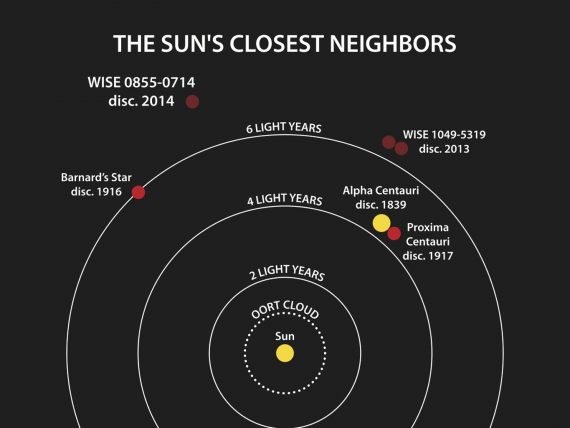 As of right now, Proxima Centauri has one confirmed planet orbiting it and it’s called “Proxima b”. The planet, which is the closest exoplanet to our Solar System, was discovered in 2016 by the European Southern Observatory.

Jones was also part of the team that found Proxima b and he said, “We first submitted a paper presenting Proxima b's existence back in February 2013 though it was not until 2016 that we had enough evidence to conclusively support such a major discovery,” adding, “Our continuing observations and improved data processing has allowed us to discern the signal of Proxima c.” He continued on by stating, “We look forward to confirming the signal with new facilities and finding out how similar or different from our Solar System planet Proxima c really is.”

Mysterious Chamber Discovered Under The Palace of Emperor Nero in Rome