Roads, housing developments, factories, logging projects and the like have been blocked because their construction could be destructive, if not extinction-causing, to some local flora or fauna. That seems fair. But fairies? Perhaps not in the U.S., but Scottish authorities were recently presented with a petition to block the construction of a fish farm in Flodigarry on the north east side of the island of Skye because it would disrupt underwater fairies who might seek revenge by luring fishermen to their demise. If this were the U.S., you can guess which circular filing cabinet this would wind up in, but the story comes from Scotland, where officials are fair to fairies and decided to honor the request and ban the fish farm. Really!

“Ashrai live for hundreds of years and will come up to the surface of the water once each century to bathe in the moonlight which they use to help them grow. It is proven that the steel of the fish farm cages draws many Ashrai to the surface, with only one result: They melt.”

As reported by The Scotsman, in October, 2019, “Friends of the Eilean Fhlòdaigearraidh Faeries” filed their objection with the Highland council's planning committee to stop a planned construction of the Organic Sea Harvest salmon farm in waters off the coast of Flodigarry where ashrai -- sea fairies similar to mermaids – have allegedly lived for 1,000 years. Once every century, according to the legend, the ashrai can surface without melting, but their terrestrial friends fear they’ll be dragged to meltdown by the fish farm’s equipment. This would make the ashrai take revenge on male farm personnel.

”(The fairies) will attempt to lure him with promises of gold and jewels into the deepest part of the ocean to drown or simply to trick him.”

This would be bad for the fishermen but worse for the economy of Flodigarry, which depends on tourists who visit fairy-related attractions such as the Fairy Pools, Dunvegan Castle's Fairy Flag and the Fairy Bridge. What’s the big deal, you ask?

“In the drawing room of Dunvegan Castle is the most precious treasure of the MacLeods. It is a flag, rather tattered, made of faded brown silk and carefully darned in places. This is the MacLeods’ Fairy Flag. In 1066, King Harald Hardrada of Norway set out to conquer England. He took with him the magic flag, “Land Ravager”. This flag guaranteed victory to whoever possessed it. At the battle of Stamford Bridge, Harald Hardrada was killed and the flag vanished!”

The flag mysteriously reappeared centuries later to save the MacLeods of Dunvegan in two battles against the MacDonalds. It apparently has only one more MacLeod-saver left, so they guard it carefully. Many Scottish soldiers in World War II carried photographs of the flag for luck. Speaking of luck, it’s considered bad luck to cross the Fairy Bridge without saying hello to the fairies. 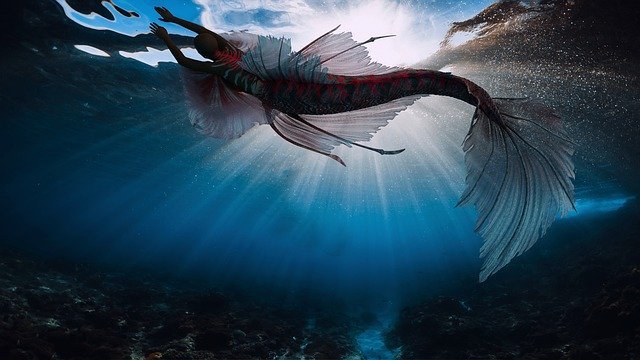 There’s more. Seals living on the island are believed to be roanes or mermen. The legends say they and water spirits known as the Blue Men of the Minch could protect their female fairy friends by causing violent storms to disrupt operations for the fish farm. The objection states that the fairies should have been consulted on these and other issues (like the blocking of underwater fairy paths) but it’s too late now.

“The proposals were rejected after a six-hour meeting.”

The fairy friends were joined in their celebration by the Scottish Fishermen Federation, Scottish White Fish Producers Association and the Mallaig and North West Fishermen's Association who were also concerned about the environmental impact of the chemicals used in the salmon farming industry.

Did the alleged presence of the underwater fairies stop the construction of the Scottish fish farm? The council, the fish farm and the fairies all declined to comment.