Fast radio bursts—or FRBs if you're trying to sound like you're in the know—are mysterious, bright bursts of radio waves coming from outside our galaxy. Bright is a bit of an understatement, actually. In just a fraction of a second, fast radio bursts emit as much energy as our sun does over the course of a century. But there are a lot of events and objects out in space whose magnitude or power is best shown by making our sun look like a tiny, weak, little nerd of a star. 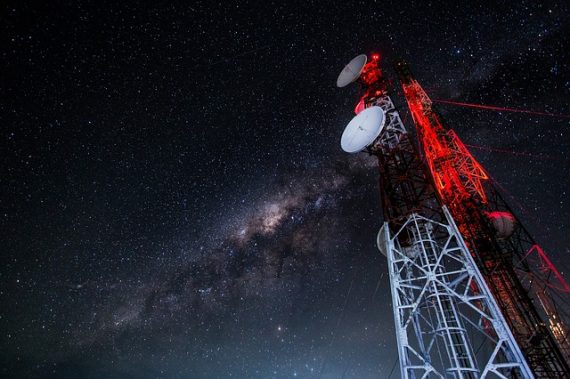 FRB 180916.J0158+65 is the memorable name of the object in question. It was discovered by the Canadian Hydrogen Intensity Mapping Experiment (CHIME) observatory in British Columbia, Canada. Astronomers at CHIME, alongside a network of observatories in Europe, were able to trace FRB 180916.J0158+65 to an arm of a medium-sized spiral galaxy only 500 million light-years away. Which is close for another entire galaxy, and makes this the closest FRB ever discovered. Their findings were published on January 6, 2020 in the journal Nature.

Now that's a story in and of itself: tracing a repeating fast radio burst to its source for only the second time and it happens to be the closest FRB (repeating or nonrepeating) ever discovered. There are tons of jokes about our neighbors being aliens that practically write themselves. But here's the rub. The location they tracked this FRB to has no sources of radio waves that, to our knowledge, could produce a fast radio burst of any kind, let alone a repeating signal.

This finding also flies in the face of every other FRB astronomers have managed to track down. The only other repeating FRB researchers have localized came from a galaxy that has a definite persistent radio source—possibly a nebula, according to researchers—which was seen as a likely source of the FRB. This new one has nothing of the sort, meaning, at the very least, that researchers still don't have a nice model to explain repeating fast radio bursts.