Strange Cases of Ghosts Who Forced Their Killers to Confess

An intriguing aspect of the paranormal is that of the vengeful ghost, out to solve their own deaths or to even punish those who were responsible. It has become a staple of fiction, but it is not always solely in the realm of the imagination, and there have indeed been many reports of people being haunted by the ghosts of those they have wronged. In many of these cases, the purported ghosts of the victims of murderers are so persistent that they lead to the murderers confessing, causing them to come clean when they might have gotten away with it all, and here we will look at some interesting cases of this.

One earlier account of this surrounds serial killer Terry Childs, who was originally accused of just the killing of 17-year-old Lois “Jeanine” Lynette Sigala in August of 1985, who he brutally shot 10 times in an isolated wooded area off Granite Creek Road in Scotts Valley, California. He was convicted and sentenced to 41 years in prison, and this would have been the end of it if he had kept his mouth shut, but over the years he began to come forth with several other murders he claimed to have carried out, including that of a Linda Ann Jozovich, Joan Mack, Christopher Hall, Penny Rickenbaker, and Linda Ann Jozovich, all of which he claimed to have killed and hidden in remote locations around the region of Santa Cruz, California. When pressed as to why he had felt compelled to admit to these further murders Childs would say that their ghosts had haunted him relentlessly, appearing in his cell at night, peering from the gloom and “eating up his brain.” He claimed that the confessions were to free him from these demons, and that each time he had confessed the relevant ghost had stopped haunting him. He would wind up with life imprisonment without the possibility of parole for his troubles. 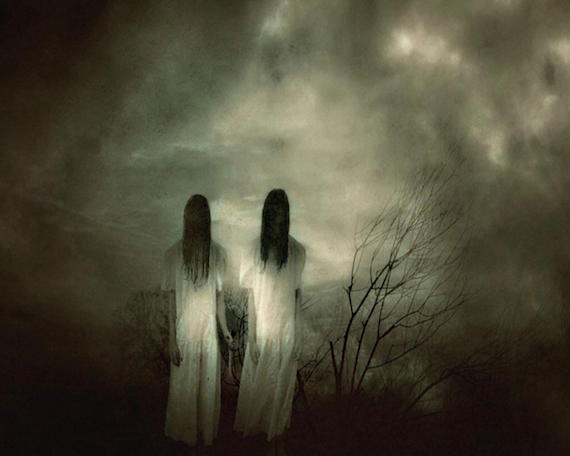 From around the same era we have the murder of 13-year-old Carrie Ann Jopek in Milwaukee, Wisconsin in 1982, who went missing after getting suspended from school and then attending a party that night. For a full 17 months police searched for her and investigated her vanishing, until her body was tragically discovered buried under a porch by accident. No killer or even a suspect was ever apprehended in the case, that is until in 2015, when after decades as a cold case a man by the name of Jose E. Ferreira Jr. came forward to confess to the heinous crime. He would claim that he and Jopek had been smoking a joint at the party before heading downstairs into the basement, presumably to make out. Along the way, Jopek allegedly was pushed by Ferriera, and after she tumbled down the stairs he thought she was unconscious. Seeing this as an opportunity to have some fun, he openly admitted that he had raped her, and only afterwards realized that she was actually dead, her neck broken from her fall. In a panic he had then buried her body, but he says her ghost would then relentlessly haunt him for years on end before he decided to confess to get rid of the specter of his victim.

In 1999 we have the case of what has come to be known as the Hello Kitty Murder, in Hong Kong. The case revolves around a nightclub hostess by the name of Fan Man-yee, who disappeared mysteriously one evening and was never seen again. The case stumped authorities until a young, 13-year-old girl known only as “Ah Fong” came forward to confess that her and her much older boyfriend had been in on the whole thing. According to the girl, her, her boyfriend, 34-year-old triad gangster Chan Man-lok, and accomplices 27-year-old Leung Shing-cho and 21-year-old Leung Wai-lun, had kidnapped and imprisoned the victim at an apartment in Tsim Sha Tsui, Hong Kong. Fan was then ruthlessly tortured over the course of a whole month because of a supposed HK$20,000 debt she owed them. The hostess had died during the violent ordeal, after which she had been cut up into pieces, boiled, and her decapitated head stuffed into a Hello Kitty doll to be thrown in the trash.

At first police were skeptical, and thought this was just the wild imaginings of a teenager looking for attention, but sure enough she led them right to the doll, in which a skull was found just as she had told them, although no other pieces of the body were ever recovered. The suspects were arrested and convicted, and crime was soon all over the news, with presiding Justice Peter Nguyen saying, “Never in Hong Kong in recent years has a court heard of such cruelty, depravity, callousness, brutality, violence and viciousness.” They would have probably gotten away with it if the ghost of Fan hadn’t allegedly tirelessly haunted the young Ah Fong, appearing before her at night and in her dreams and forcing her to confess. 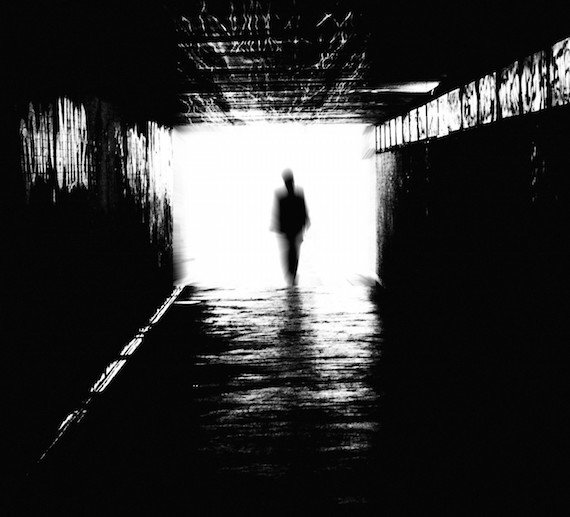 Moving into July of 2002 we come to the country of South Africa, where a man by the name of Bob Ruel Baloyi was kidnapped and badly beaten by a John Nkuna and his two friends, after which he was doused in 15 liters of petrol, set on fire, and left to die, his charred remains found by a passerby sometime later. Unfortunately for the killers, the victim was the younger brother of the head of the local police's organized crime unit, Superintendent Joseph Baloyi, but the crime was mostly left unsolved and Nkuna had fled to another area of the country. He soon found himself coming forward to admit to it all, however, when he claims that Baloyi’s ghost was following him around and appearing to say, “Just tell my family that you are the one who murdered me and you'll start sleeping in peace, or you'll follow me.” He would even tell police that he had fled more to escape this phantom than to evade arrest, and while his two accomplices were acquitted due to not enough evidence, Nkuna received a 15 year prison sentence.

More recently we have the 2013 case of Victor Amewugah, in the African country of Ghana. At the time taxi drivers started turning up dead in the area of the city of Sunyani, in the Bono Region and Sunyani Municipal of Ghana, each time with the vehicle found stolen and a gunshot to the head. Amewugah was the one responsible, although the police didn’t know it yet, and he went into hiding. After several days on the lam, he would later say that he had been plagued by the vengeful ghosts of his victims, especially the second one, which he said was rather terrifying and would actually physically attack him. Amewugah would say of this ghost and how it resulted in his confession thusly:

The ghost of the second man is wild. I see him all the time in my dreams; one time he slapped me. I just couldn’t take the torment anymore so I had to confess to someone. That is why I told my friend who also informed the police.

Finally we have a case from 2015, in the Ghatkopar suburb of eastern Mumbai, in India. Resident Bhim Shankar Giri was upset that his younger brother, Jeetendra Anantlal Giri, was always making passes at and harassing his wife. Things had gotten to the point where Bhim decided that it warranted death, and so he went about luring his brother from his home, which was right next door to his own, to a secluded area out in the woods, where he said they could have some drinks and have a chat. The two men began drinking, and as soon as the younger brother was drunk, Bhim cut his throat from ear to ear. He then disposed of the body and went on the run, but he was soon convinced to turn himself in after a terrifying encounter with his brother’s ghost. One of the police officers who made the arrest would say of this:

Over a week had passed since the crime, but on Wednesday night, his murdered brother appeared in his dream. Bhim had been in Shirdi for a week and could constantly hear the deceased’s voice. On Wednesday night, he dreamt that his brother was throttling his neck, threatening to haunt him and give him sleepless nights for the rest of his life. He got scared and returned to Mumbai to confess.

Are any of these cases concerned with legitimate paranormal phenomena, or were these people being haunted solely by their damaged conscience? Do ghosts have the ability to plague those who killed them, or are these just the figments of fevered imaginations? Are these hallucinations caused by guilt or something else? It remains unknown, but these are certainly creepy cases nevertheless.