Study Ghostbusting at a Leading University

When there’s something strange in your neighborhood, a popular movie series has taught us who to call. But the films don’t tell where to go to get trained in ghostbusting. Fortunately, there’s a school in Scotland that teaches all about parapsychology, including ESP, psychokinesis, psychic abilities and more. Can’t make to Scotland? There’s even an online course. NOW who are you gonna call?

Established in 1985, we are based in the Psychology Department at the University of Edinburgh, teaching and researching parapsychology. Our work examines:
– the possible existence of psychic ability
– anomalous experiences and belief in the paranormal
– deception and self-deception
– historical and conceptual issues in parapsychology 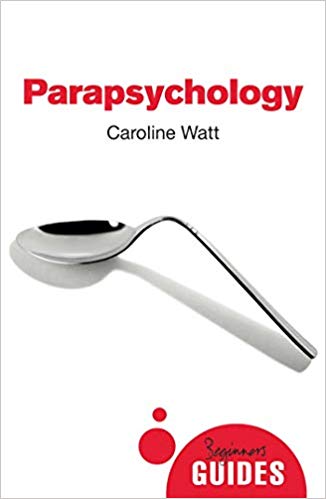 Professor Caroline Watt is the chair of the Koestler Parapsychology Unit at the University of Edinburgh, which is celebrating its 35th anniversary this year. If Watt’s name sounds familiar, she’s the author of “Parapsychology: A Beginner’s Guide” and is a founding member of the Koestler Parapsychology Unit. If the name “Koestler” sounds more familiar, Arthur Koestler was a popular and controversial novelist and author during much of the mid 20th century with a deep interest in paranormal phenomena – he co-founded the Koestler Foundation to promote research in parapsychology and alternative medicine. Koestler, a proponent of euthanasia, and his wife committed suicide together in 1983 and their estate was bequeathed to the University of Edinburgh where Dr. John Beloff was already teaching parapsychology courses.

The next 10-week online course begins in April, so Edinburgh Live promoted it with an interesting article. Here’s the course outline:

If you’re interested in parapsychology (looks better on the resume that ghostbusting) as a career, the Koestler Parapsychology Unit offers undergraduate courses in the honors psychology program, such as Methods and Controversies in Parapsychology, and research projects on other parapsychological topics, including premonitions, precognitive dreaming and hauntings. Postgraduates can study parapsychology as part of some MSc and PhD degree programs offered at the university.

The article also delves into the ganzfield procedure used by university researchers (and many others in the field) to study extrasensory perception (ESP) and psychokinesis.

"The ganzfeld is a mild sensory isolation procedure that some researchers believe to be conducive to Extrasensory Perception (ESP). In a standard ganzfeld ESP study one participant (the ‘sender’) attempts to mentally communicate a randomly-chosen image or film clip (the ‘target’) to another participant (the ‘receiver’). The sender and receiver are placed in separate rooms. The receiver reclines in a comfortable chair, wears translucent eye-shields, is bathed in red light, and listens to white noise. A target is then randomly chosen from a large selection of images or films, and shown to the sender. Whilst the sender looks at the target, the receiver describes any thoughts or images that come to mind. "

It was nice of Edinburgh Live to include that bit of info for wannabe ghostbusters because the Koestler Parapsychology Unit gives some honest advice to people wanting to work in parapsychology.

“In reality, there are few opportunities available and we advise those interested to read Prof Harvey Irwin’s Education in Parapsychology.” 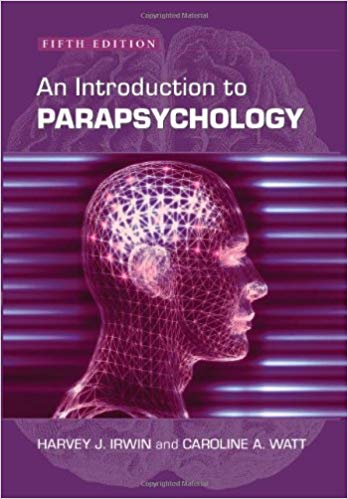 Seems hard to believe with the proliferation of paranormal shows on cable TV. Despite that, the course sounds interesting and there appear to be virtual seats available. More info on the course, the cost and how to register can be found here.