Super-Indestructible Tardigrades Have a Kryptonite

Everyone knows that Superman is indestructible … except when exposed to green kryptonite from his home planet of Krypton. Everyone knows that tardigrades – those eight-legged micro-animals found living in the most hostile locations, including outer space – are indestructible too. Well, now these little super-beings have their own kryptonite … and, like Superman’s, this deadly and destructive force comes from their own home planet. What … or who … wants to kill these cute little water bears?

“A research group from Department of Biology, University of Copenhagen has just shown that tardigrades are very vulnerable to long-term high temperature exposures.”

Wait a minute, you tardigrade experts shout. Tardigrades have been found living in hot springs and near hot vents on the ocean floor. That’s true, and Ricardo Neves and Nadja Møbjerg, researchers at the University of Copenhagen and authors of a new study published in the journal Scientific Reports, point out that desiccated tardigrades (which have their water removed but can still be revived) can survive temperatures up to 151°C (300°F) for up to half an hour. Not surprisingly, active tardigrades require lower temperatures, but how low? 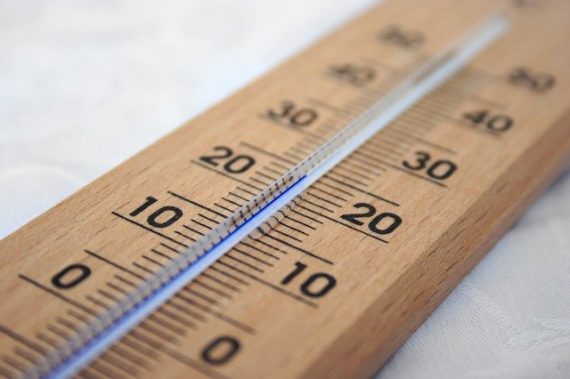 “Global warming, a major aspect of climate change, is already causing a wide range of negative impacts on many habitats of our planet. It is thus of the utmost importance to understand how rising temperatures may affect animal health and welfare.”

What better animal to subject to rising temperatures than the most indestructible creature on the planet, the tardigrade? The research was done on tardigrades found in roof gutters in Nivå, Denmark – in other words, living right alongside humans, not in some hot spring. NASA reports that the average surface temperature for the year 2017 was 58.62 F (14.9 C) and, unless you live in a nice, cool cave where you don’t get any news reports, it’s been rising steadily for years.

Wait a minute, you desperately shout one more time. Didn’t the study find that tardigrades can acclimate themselves to tolerating higher temperatures for longer periods? That’s true, says Neves, but “exposure-time is clearly a limiting factor that constrains their tolerance to high temperatures.” That’s why the study concludes that climate change, and global warming in particular, is the tardigrade’s kryptonite.

“Indeed, although tardigrades are able to tolerate a diverse set of severe environmental conditions, their endurance to high temperatures is noticeably limited and this might actually be the Achilles heel of these otherwise super-resistant animals.”

Are we doomed? If the tardigrades are, you already know the answer. If only they could fly like Superman and reverse the spin of the Earth to take us back to a time when climate change was not a problem … or at least to a time where we could make better decisions on how humans affect their planet.