While many psychics make January 1st predictions and many more have had their decades and sometimes centuries-old predictions interpreted (we’re looking at you, Nostradamus … as if you didn’t know already), no one has more fun while actually being pretty darned accurate more than Jemima Packington – the asparagus-spear-tossing Asparamancer. She brags at having a 75-to-90% success rate and some of her predictions are suitably vague enough to go either way, Packington’s special artisan asparagus is accurate enough that she could be an economist. Before we look ahead to what her spears see in 2020, let’s check on her predictions for 2019.

England’s women’s football team will win the World Cup in France.
TV’s Big Brother will return to our screens.
Extremes of temperature become the norm.
US romantic musical ‘A Star is Born’ will win an Oscar.
Household British businesses will fold.

The asparagus spears pointed to ‘true’ on those and was right. On the other hand, some were off.

Fears over Brexit will prove largely unfounded.
The Trade War between China and the US will end but there will be a recession in the US that will affect the world. 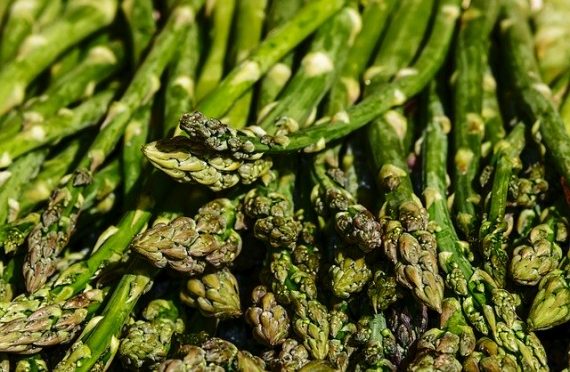 That’s still better than half, so let’s give Jemima a shot at spearing a few correct predictions for 2020.

Trump will win a second term; he will however face impeachment again and this time it will be carried through.
Concerns about global warming will again take center stage but more countries will take action to minimize the threat to the planet.
The instances of storms, typhoons, hurricanes and flooding will increase tenfold, directly attributable to global warming. The UK will not escape this and especially flooding.
Sports and sporting personalities will be embroiled in scandals including some high-profile and much-loved names. The nation will be shocked by some of the revelations.
Brexit will happen smoothly and will not cause the problems that were anticipated.
A real shake up of the major political parties will take place sooner than expected.
There will be a resurgence of independent retailers and smaller shops. Shop Local will start to mean something again.
The youngest person ever to win an Oscar will be heralded as an acting talent of the future.
There will be continued turmoil within the Royal family and this will result in certain members being precluded from Royal duties and have privileges withdrawn but the Sovereign will prevail. More royal births but royal bereavements too.
A renowned showbiz personality will announce his retirement from public life which will come as a great surprise, but he will receive an honor for his achievements.
The interest in veganism will plateau as people will find it difficult to embrace no animal products being consumed.
The Vale of Evesham asparagus will be heralded as the most prized vegetable worldwide.

That last one about veganism may just be a push for her job security, as it would mean she’ll have plenty of her artisan Vale of Evesham asparagus for predictions – but she always puts in a good word for its future because her annual prognostication is hosted by the Vale of Evesham’s British Asparagus Festival in Worcestershire.

As you can see, there are plenty of vague predictions – you can almost count on sports scandals and some British royal having a baby, and the queen and her prince are in their 90s. Political shakeups are common, shopping local is already trending and the climate … well, that’s an easy one. On the other hand, predictions about President Trump, Brexit and the Oscars are riskier.

Packington attributes her psychic powers to a great aunt who read tea leaves, but tea didn’t work for her, nor did broccoli or other vegetables. Don’t look for her to switch to carrots or parsnips or other long, pointy vegetables because none of them have festivals nearby.

What the U.K. Government Thinks of the “Alien Big Cats”