The Bizarre Case of the Manhattan Transfer Alien Abduction

When one thinks of an alien abduction, the first image that probably springs to mind is some remote farmhouse or wilderness area, the UFO appearing in the black sky and shooting a beam of light down to whisk the victim off, no witnesses because this is far from civilization and out in the boondocks. Yet, there have been some cases that seem to buck this trend, which only serve to make them weirder and more outlandish than they already are. Certainly high amonsgt these must be the time a woman was allegedly abducted right out of her urban apartment building in New York City.

One of the most oft-discussed and bizarro alien abduction cases on record began in the early hours of November 30, 1989, with a 41-year-old woman by the name of Linda Napolitano, also formerly known as Linda Cortile. She lived in an apartment in Manhattan, New York, in the United States, and on this morning Cortile woke up to find a humanoid figure standing there obscured in the gloom by the foot of her bed. This was alarming enough as it was, as her apartment had been locked and her husband was sleeping soundly next to her, but it went into the realm of the truly outlandish when she would claim that whatever it was obviously was not human, and that it would spirit her away to what she describes as an “examination room," where she distinctly saw herself on a table surrounded by thin, large headed and big-eyed aliens. She then found herself back in her bed, her husband still off in dreamland, and left with only fragmented memories of what had actually happened.

Cortile was sure it had been no dream, but tried to put it out of her mind until she came across a book that caused her to pause and take notice. The book was Intruders: The Incredible Visitations of Copley Woods, by seasoned UFO researcher Budd Elliot Hopkins, and was about an alien abduction. After perusing the book Cortile became convinced that something very strange had happened to her that night, although she was still not quite sure what. Desperate for answers and not sure what she should do, Cortile sought to contact Hopkins himself, after which things would steadily get stranger still. 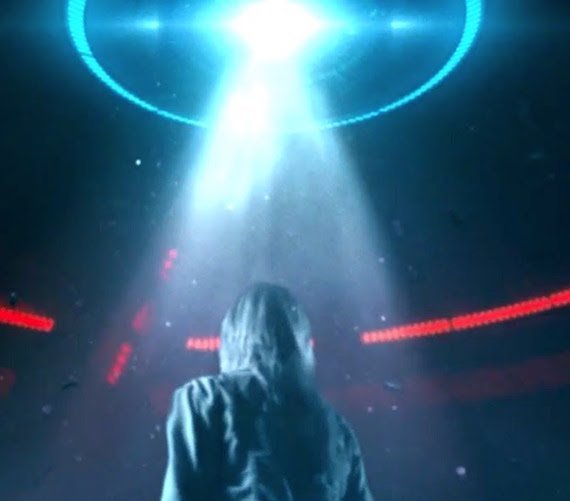 Hopkins turned out to be very willing to hear Cortile’s story, and considering that she only remembered fleeting shards of the event, he arranged for her to undergo hypnotic regression to try and see what was lying down under the surface within her psyche. Under hypnosis, Cortile would say that she had actually been levitated out of her room through the window, and had then been taken out over the city lights to some sort of otherworldly craft hovering outside, where she was subjected to some kind of medical experiments by non-human entities. She would say of her terrifying experience:

I'm standing up on nothing. And they take me out all the way up, way above the building. Ooh, I hope I don't fall. The UFO opens up almost like a clam and then I'm inside. I see benches similar to regular benches. And they're bringing me down a hallway. Doors open like sliding doors. Inside are all these lights and buttons and a big long table. I don't want to get up on that table. They get me on the table anyway. They start saying things to me and I'm yelling. I can still yell. One of them says something that sounds like {Nobbyegg}. I think they were trying to tell me to be quiet because he put his hand over my mouth.

All very curious indeed, but it would go even further down the rabbit hole when Hopkins was later contacted by two additional witnesses calling themselves “Richard” and “Dan,” who were according to them apparently bodyguards who had been tasked with escorting a high-ranking diplomat on the night of the incident, eventually identified to have most likely been United Nations Secretary-General Javier Perez de Cuellar. On that night, they claimed that they had been taking their charge over the Brooklyn Bridge in a limousine when the vehicle sputtered out and they spotted a large hovering craft in the vicinity of Cortile’s apartment, and not only that, they even claimed to have seen the body of a woman levitate up towards it, along with some other non-human beings of some sort. They then claim that the craft had shot towards the East River to go plunging into the depths. All of this had apparently been witnessed by them and also the diplomat they had been with. Richard would say of the scene that played out:

There was an oval-shaped object hovering over the top of the apartment building two or three blocks up from where we sat. We didn't know where it came from. It happened too fast. Its lights turned from a bright reddish orange to a whitish blue coming out of the bottom. Green lights rotated round the edge of the saucer. A little girl or woman wearing a white gown sailed out of the window in a fetal position - and then stood in mid-air in this beam of light. I could see three of the ugliest creatures I ever saw. I don't know what they were. They weren't human. Their heads were out of proportion, very large heads with no hair. Those buggers were escorting her into the craft. My partner screamed, 'We have got to get them.' We tried to get out of the car but couldn't. After the woman was escorted in, the oval turned reddish orange again and whisked off. 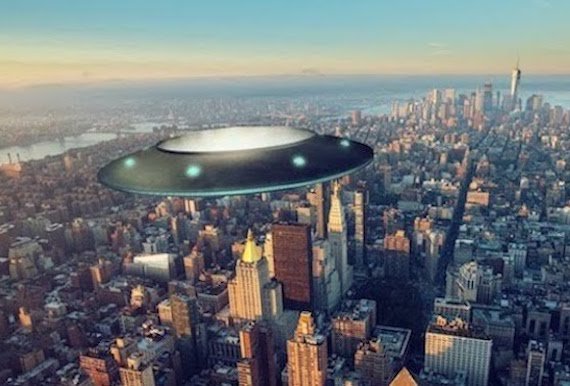 According to these witnesses, the sight had left them in quite the state of shock and disarray, and from here the story gets yet even weirder still. After this report they apparently began to stalk Cortile, following her around and generally absolutely obsessed with her, to the point that they supposedly carried out an abduction of their own. On April 29, 1991, Dan and Richard allegedly kidnapped Linda Cortile in order to grill her on what she had experienced that evening. Not long after this, Dan would purportedly kidnap her yet again, even going as far as to have her wear the same nightgown she had been wearing on the night of the abduction, during which Cortile would claim she had seen what looked like CIA files lying around. She was apparently constantly harassed by these two mysterious men, leaving Hopkins to wonder just what in the world was going on.

In the meantime, there would be yet another possible witness to the event who would come out of the woodwork, when Hopkins was approached by a woman calling herself Janet Kimble, sometimes called Kimball, who said that she had also seen the hovering object after her car had broken down at the time, and had assumed that it had been the set of a science fiction film. It was then that Hopkins, who had until that point kept the case to himself, decided to go public with information on it. As all of this was going on, Hopkins was trying to see if he could get a statement from the diplomat who had been in the car with the bodyguards, Javier Perez de Cuellar, and he apparently did make contact. Although Cuellar would supposedly admit to the sighting, he made it very clear that he did not want his name associated with it, and so declined to make an official statement on the matter, saying he would deny any such news that came out. In other words, he meant to keep quiet on what he had seen.

Of course there was a bit of skepticism towards Hopkins’ research, most notably from fellow researchers George Hansen, Joseph Stefula, and Richard Butler, who would spend a lot of time poking holes in the case. For instance, it was pointed out that Hopkins had failed to do some basic checks on the conditions of the abduction, such as the weather at the time, and had not even checked to see if security guards at the building had seen anything unusual. Other criticisms of the case abound, such as the fact that it seems that although this incident supposedly happened at a sprawling apartment block complex in a busy downtown area, there were very few actual witnesses to the event. None of the other tenants saw anything unusual on the night in question, nor did night security guards, and the witnesses that there are cannot be corroborated. There are two near anonymous bodyguards with testimony that cannot be verified, the supposed diplomat Cuellar, who has refused to confirm or deny any of it, the mysterious Kimball, who could be anybody, and according to Cortile supposedly a truck driver on the Brooklyn bridge who has remained unnamed. Very vague, indeed. 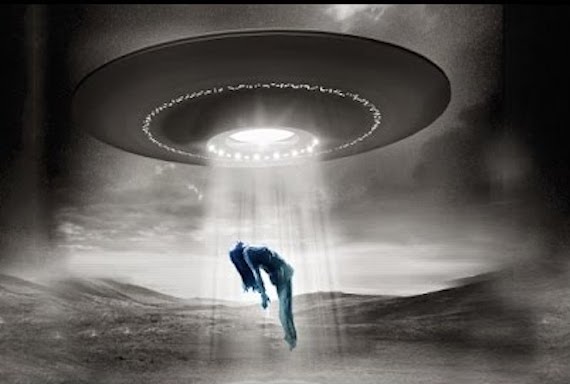 Interestingly, as the case has gained more awareness there have been other alleged witnesses to the abduction who have come out of the woodwork over the years. The most prominent of these is a man named Yancy Spence, who alleged that he was a New York Post journalist and had been at his office right across the street on the night of the abduction, from which he saw the entire thing along with several others. He also made the ominous claim that he believed several other people had also been abducted, although who these other people were is anyone’s guess.

In the end, no one really knows what is going on here with what is now known widely as the "Manhattan Transfer Abduction." Was this woman really abducted by aliens right from her apartment in the middle of New York City? Why are there so few witnesses, and actually who are those witnesses really? Did they ever really exist at all? Theories have flown that this was a vast conspiracy to the idea that aliens carried out a mass mind-wipe on everyone who saw what happened, but why would they have gone through all of the trouble in the first place in such a populated area? Or maybe she was just abducted by humans and her mind filled in the rest? If so, how do we explain what the other witnesses supposedly saw, if anything at all? Or does this perhaps all have its origins in just a tall tale conjured up by Cortile herself, pulling Hopkins into her delusional world in the process? Whatever the case may be, it has managed to become a curious and often debated case that doesn't seem to be going away any time soon.