The Mysterious Case of the UFO Attack at Falcon Lake

One of the most dramatic and harrowing supposed UFO encounters in not only Canadian history, but that of anywhere else, began in 1967 in the remote wilderness of a place called Falcon Lake, Manitoba, located just about 150 kilometers east of the city of Winnipeg. It was here in this peaceful wilderness where on May 20, 1967, industrial mechanic and Polish immigrant Stefan Michalak was out prospecting for mineral deposits. At one point he seemed to have found what he was looking for, a rich vein of quartz, but as he was getting ready to try and go about staking a claim on it a very bizarre sequence of events would unfold that would change his life forever, and would go on to become one of the most intriguing cases of a purported UFO attack ever.

As he scoped out the area, Michalak was startled by a gaggle of geese suddenly alighting into the sky with some commotion, which he followed skyward until his eyes fell upon an otherworldly sight hovering above. He says that the geese passed in front of two large, oval or cigar-shaped objects in the air surrounded by a reddish glow, and that one of these began to descend as he looked on in awe to land on a nearby flat shelf of rock, where it seemed to morph into a disc-like shape right before his startled eyes. As the strange object did this, the other craft allegedly ascended into the sky to disappear, leaving Michalak alone with the glowing disc that had landed only about 45 meters away from him. 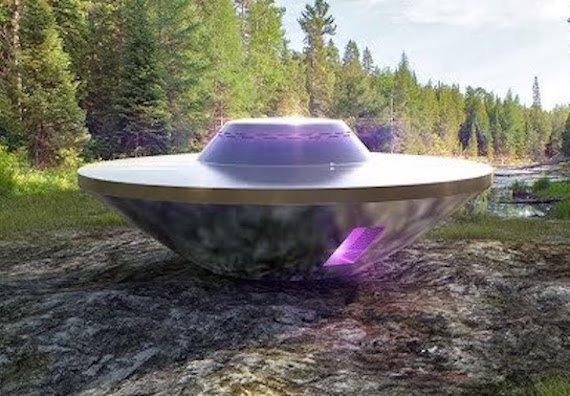 The witness would claim that he had warily approached the curious sight, and as he did so a hatch would open on the side of the object as the glow subsided to reveal a metallic surface. He claimed that the opening belched forth a smell not unlike sulphur, and that a motorized whirring noise could be heard emanating from within, as well as the glare from a bright light. He still crept closer, and says that he could hear what sounded vaguely like voices echoing about within. Michalak allegedly called out to whoever it was, but there was no reply. The multilingual Michalak even tried calling out in Polish, Russian, and German, thinking that this was a manmade craft, but met with only that unearthly machine hum each time. Where as most people would have probably called it a day and gotten out of there with haste, Michalak was so curious that he moved ever closer to the craft, each call out to the occupants unanswered, until he was purportedly standing right at the portal that had opened in the craft, and it was here where things would get truly bizarre.

After taking a peek within to see various flashing lights, panels of some sort, all bathed in a purplish glow, he reached out to touch the side of the object to find it extremely hot to the touch, causing him to withdraw his hand in surprise. Inspecting his glove, he apparently found that it had been actually melted, and as he stared at his hand in bafflement the whole of the craft then began to rattle and shake. As this was happening, the now frightened man says he was struck in the chest by what felt like a stream of very hot air emitted from within the craft, which sent him sprawling back away from the disc. The bizarre craft then began to lift off the ground to hover over him, before shooting off over the trees into the sky to leave Michalak feeling nauseous to the point that he vomited where he stood. In his head he could feel an intense pain building, as well as an intense burning in his chest area, and he knew that something was very wrong. Wrapping himself close with his jacket, he meandered off towards the road and towards civilization, constantly vomiting along the way and eventually stumbling into the the parking lot of the Falcon Motor Hotel.

When hotel staff found him, he was delirious and rambling, disheveled and wild-eyed and still vomiting, and it was at first thought that he was just very drunk. Michalak managed to make it on his own on a bus back to Winnipeg, where he was whisked off to the hospital and things would get even stranger still. When examined it was revealed that he had a series of burn marks that formed a grid-like pattern over his chest, as well as signs of what appeared to be radiation sickness, the causes unknown. Michalak’s son, Stan Michalak, would later say of seeing his father in this state:

I recalled seeing him in bed. He didn't look good at all. He looked pale, haggard. When I walked into the bedroom there was a huge stink in the room, like a real horrible aroma of sulphur and burnt motor. It was all around and it was coming out of his pores. It was bad. I was very afraid. My dad had been injured and I didn't know anything about it.

As soon as the man was lucid enough to give his version of events, the story hit the news and a UFO sensation was born. Apparently there was quite a lot of interest from the military and the Royal Canadian Mounted Police (RCMP) and Royal Canadian Air Force at he time, with numerous alleged searches of the area of the incident using tracker dogs and aircraft, and even Michalak himself was recruited to join in the sweep when he was feeling better. They apparently found the remains of Michalak’s scorched and melted glove, as well as some of his tools and allegedly a circular area on the rock that was strangely devoid of moss or any vegetation and which possessed soil high in radiation readings and some odd pieces of melted metal within the cracks of the rock, also radioactive in nature.

In the meantime the tale was really launching itself into local legend, and there was by many accounts a pronounced military presence in the area for weeks, with helicopters hovering above at all hours. There was also a deluge of reporters and curiosity seekers gravitating towards the Michalak home, and in the meantime there was also an intense investigation going on into the claims he had made. There were some efforts at the time to discredit Michalak, trying to paint him as a town drunk who had hallucinated the whole thing or completely fabricated it, but this didn’t stick and seems to have been wholly invented just to make him look crazy. He had been a military policeman in his former years and was known as an honest and responsible upstanding citizen, with no history of telling tall tales, by all accounts not someone who would be making these kinds of stories up or showing up stumbling about ranting about flying saucers. There was also the physical evidence left behind, which could not be easily explained and which was confirmed by doctors. UFO researcher Chris Rutkowski, who has written the definitive book on the whole incident, When They Appeared: Falcon Lake 1967: The inside story of a close encounter, has said of this:

Michalak certainly wasn’t an alcoholic. He didn’t drink to excess but he drank socially. To suggest that having a few drinks or even three or four drinks the night before his experience would make him imagine something to the point where he would be physically burned and leave radioactive debris behind is, I think, quite a quantum leap.

We have a witness who was judged by a psychiatrist to not fabricate stories. A person who was a good member of society holding a good job, a background in the military himself, and no reason to perpetrate such a hoax at all. He maintained until he died that this is what happened to him. He did not have a history of seeing aliens around every corner, like so many contactees and abductees maintain these days in their own stories. This was a very unusual experience that happened to him and he was as puzzled as anyone. Whether it was something from outer space or a military vehicle… there’s no question something happened. It’s a mystery. It’s quite fascinating. I knew the family quite well, and he wasn’t the type of guy to make up stories like this. 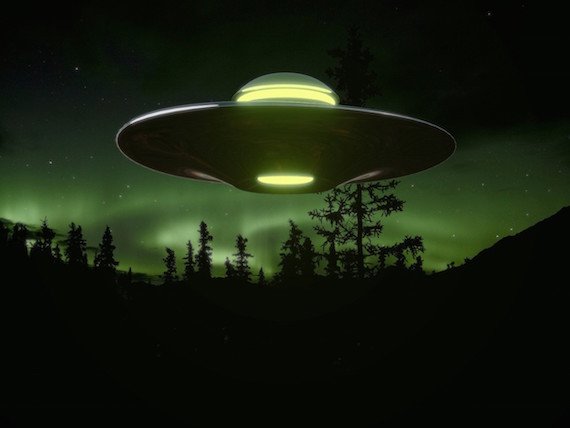 Michalak’s son would agree, having said, “If Dad hoaxed this — remember we're talking about a blue-collar, industrial mechanic — if he hoaxed it then he was a freakin' genius.” There were also the findings of official investigators and civilian researchers, who came to the conclusion that there was no explanation for the incident, the radiation, or what happened to Michalak, and to this day the Canadian Department of National Defence considers the case to be officially unsolved. Michalak himself would adamantly stand by his story right up until his death in 1999, so what happened to him? Was this just all some sort of elaborate hoax or something else, and if so, what? One idea is that he saw not aliens or extraterrestrials, but rather some sort of terrestrial experimental aircraft, and indeed Michalak himself thought this could be the case, never really specifically insisting that what he saw was aliens. His son Stan has said of this:

If you asked him what it was he saw, he could describe it in intimate detail but he would never say, 'Oh, it was definitely extraterrestrials,' because there was no evidence to prove that. He might ask, 'What do you think I saw?' but right up until he died, his story never changed one iota — nothing about it or how he told it. I'm not so close-minded that I can't entertain the possibility that it's otherworldly. I can't discount that. But without specific evidence to show me that it is, I don't know. What I can tell you is that I'm an aviation fanatic, a huge aviation buff, and I am very familiar with how aviation technology has advanced in the past 50 years. And there was nothing even close to that in the works anywhere at that time.

What are we dealing with here? Was this an extraterrestrial presence? Was it some type of top secret military craft? Was it all a tall tale, and if so how did he fake the injuries and the physical evidence that was allegedly found at the site? Or was it something else altogether? What caused those grid-like burns on his chest and was this some sort of attack directed at him? These are questions we still don't have the answers to, and the case of the Falcon Lake Incident has become one of the great mysteries of the landscape of UFO lore.